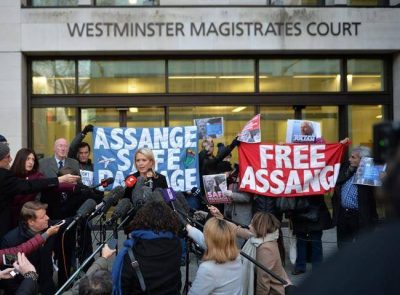 On November 13, 1966 – at the height of the resistance war in Vietnam – Bertrand Russell and Jean-Paul Sartre convened a people’s tribunal to hold the US government accountable for its escalating war crimes.

“The tribunal has no clear historical precedent”, Russell said. It represented no state power; it had no capacity to sentence the accused. “I believe that these apparent limitations are, in fact, virtues. We are free to conduct a solemn and historic investigation”, said Russell, “presented to the conscience of mankind.”

One half-century later, the Progressive International (PI) is once again calling on the conscience of mankind against the crimes of US imperialism.

Today, Friday October 2nd, marks the first day of the Belmarsh Tribunal, named for the prison where Julian Assange has been kept in permanent confinement for daring to publish documents that detail torture, violence, and illegal spying by the US government.

In a recent statement signed by many members of its Council (including Noam Chomsky and Arundhati Roy), the PI warned that the prosecution of an Australian citizen for his journalistic activities done in sovereign countries in Europe is a gross violation of human rights and international law. “More dangerously, it sets a legal precedent that means that any dissident from the foreign policy of the United States may be shipped to the United States to face life imprisonment or even a death penalty.”

But statements will not suffice. That is why the PI is establishing the Belmarsh Tribunal: to put the United States government on trial for its crimes of the twenty first century – from atrocities in Iraq to torture at Guantánamo Bay to the CIA‘s illegal surveillance program – and draw attention to the extradition case of Julian Assange for revealing them.

“Our position is strong because we do not seek to send a few individuals to prison”, Sartre said of the 1966 tribunal, “but to reawaken in public opinion, at an ominous moment of our history, the idea that there can be policies which are objectively and legally criminal.”

We are again at that ominous moment of our history – asking, as Bertrand Russell did then, for “the peoples of the world, the masses, to take action to stop the crimes.”

The Tribunal will bring together a planetary cast of activists, artists, thinkers, and political representatives to investigate and evaluate the Wikileaks revelations. The former president of Brazil Lula will remind us that Brazilians owe an additional debt for the WikiLeaks revelations, while former Greece’s finance minister Yanis Varoufakis will reiterate why Assange has to be released immediately.

The Tribunal will be joined by the original member of the Russell-Sartre Tribunal, Tariq Ali, who went to Vietnam to investigate US war crimes; Assange’s lawyer Jennifer Robinson; activists and musicians Roger Waters and M.I.A.; former president of Ecuador Rafael Correa; philosopher Slavoj Žižek; actress and activist Pamela Anderson; and many others.

Today’s events mark only the first day of the Tribunal. As long as Julian Assange is in prison, the Belmarsh Tribunal will continue its fight for justice. Our goal is not only freedom for Assange, but also justice for the crimes revealed by WikiLeaks – and the protection of our freedoms to speak, express, assemble, and demand truth from the powers arrayed against us.

If we do not stand now – with all the evidence in our hands – we stand little chance against a machine of war and surveillance that becomes more sophisticated and more secretive by the day. 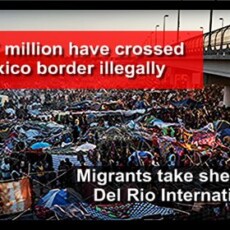 HIGHEST EVER number of Illegal Migrants detained along US-Mexico border 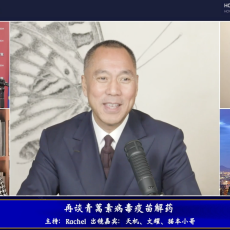