Well, it had to happen. The new Labor government has been in power less than a month and already it is repeating all the errors of the past government. The Prime Minister has been in Spain attending the annual meeting of the NATO grouping of nations. The last time I looked NATO stood for North Atlantic Treaty Organisation. It is barely possible for Australia to be further from the North Atlantic than almost any other nation.

The North Atlantic Treaty Organisation is of course expanding its remit to take account of the rising “threat” from China, by which they mean of course the rise of a new power that does not accept the United States’ hegemonic view of the world. The Western alliance, whose view of who should run the world has remained largely unchallenged for 70 years, has suddenly been faced with an assertive number of nations that do not accept the United States view should predominate any longer.

In his speech to the NATO meeting, Albanese warned of the threat posed to the Western view by the actions of the Russians in its war with Ukraine. Completely missing from Albanese’s view was the actual history of that region. The United States government was responsible for the overthrow in 2014 of the legitimately elected government of Ukraine. It was that illegal coup that led directly to the movement of Crimea and the two Donbass republics away from Ukraine.

The consequences of the Donbass breakaway were negotiated by those two regions, plus Ukraine, Germany, and France in the Minsk Accords of 2014 and 2015. It is a fact, now openly admitted by the Ukrainians, that they had no intention of fulfilling their obligations under that settlement. Germany and France, to their undying discredit, did nothing to enforce the agreement. Instead, they played a completely passive role, with the consequences we are observing today.

Ukraine instead for its part waged war on the Donbass, killing at least 16,000 people, and forcing 1 million more into exile, mostly into Russia. This aspect also never appears in Australian accounts of the war. The Australian media have a completely unrealistic view of Zelensky.

Ukraine was on the verge of putting a violent end to the Donbass liberation when Russia finally intervened in February of this year to put an end to the hypocrisy. They invaded the Donbass and have only just succeeded in annihilating Ukrainian forces and finally liberating the Donbass from the occupation by the Ukrainians. All of this relevant history is completely ignored by the Albanese government. Instead, the Prime Minister has been visiting Ukraine and lauding its President, completely ignoring not only the relevant history, but also the fact of his latest anti-democratic views which included banning the use of the Russian language, removing Russian language books from its libraries, and then banning the continued existence of nine opposition parties, clinging to what remained of their fragile democracy.

None of this was of course reported in the Australian mainstream media which clings to the absurd fiction that Volodymyr Zelensky is a legitimate president running his country instead of the reality that he is a puppet of the Neo-Nazis that are actually in control. The neo-Nazi element of the Ukrainian government is never mentioned by the Australian media.

Albanese actually had the temerity to use the phrase “the rules-based order” in denouncing the Russian moves in Ukraine. There is no such thing. The term was invented by the Americans as pseudo cover to justify their actions and attempts to run the world according to their own set of rules and values.

The correct term is of course “international law”, the concept recognised and accepted by the vast majority of the world’s nations who have had quite enough of American versions of legitimacy and their international actions. Those actions have hardly complied with even their own definition of the rules-based order.

The same phrase was repeated by deputy prime minister Richard Marles on Monday last in an interview he gave on the ABCs 7.30 program. He used it in the context of discussing China’s actions which of course do not accord with the United States’ view of how the world should be run.

This double standard was also really apparent in the reaction of the Australian government to the movement of a Chinese warship down part of the West Coast of Australia. It needs to be mentioned that the ship was at all times in international waters and has at least as much right to move in the way it did as the Australian ships which move in the waters of the South China Sea.

Australia’s concern about foreign influence in the Solomons is apparently based on the fact that the islands are en route to Australia’s major trading partners. The implicit suggestion seems to be that the Chinese will in some way interfere with the free flow of Australian ship-born traffic. There is absolutely no basis for that belief.

As with the South China Sea, the Chinese have a strong interest in maintaining freedom of navigation. There is no similar commitment by the United States in its actions in the South China Sea. They openly envisage blocking Chinese traffic in the event of hostilities breaking out, a fact that seems increasingly likely.

The former defence minister and now Opposition leader Peter Dutton was prepared to commit Australia’s involvement to any war against China waged by the United States. That approach has yet to be denied by the new government. They should look at a map and also the trade figures. Australia’s prosperity over the past 30 years owes more than a little to its access to the Chinese market.

Australia also needs to consider the changes that are occurring in the world balance of power. Clinging to the fading United States Empire is not how this country’s future should be shaped.

The Labor Party has the opportunity to react to these changing realities that are conducive to a prosperous future for Australia. The present attitudes and policies are manifestly not in Australia’s interests. The quicker the Labor Party recognises this and makes the appropriate adjustments the better it will be for all of us. 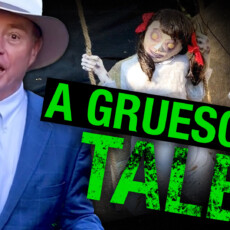 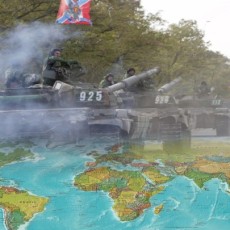 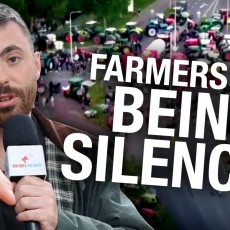