Without a woman named Katharine Thornton, taking a stand and preparing to go to battle to seek justice for an alleged rape, Australia might have ended up at some stage with former Attorney-General Christian Porter as Prime Minister and anyone who has looked at Mr Porter’s career closely knows Australia dodged a bullet, if not a missile. On that basis the Australian public should thank Katharine Thornton but all we get from the media is silence and a refusal to mention her name.

On the other hand, there are women like Grace Tame and Brittany Higgins who are congratulated for taking a stand and for their work shining a light on dark places such as the message on Twitter below by journalist Shalailah Medhora:

I’m not trying to take anything away from what Grace Tame and Brittany Higgins have achieved, but to point out the fact that there are many women out there who still don’t get the credit they should for the effort they have put in to shine a light on similar issues and Katharine Thornton is one of those women. It is as if the old media are happy to have one or two strong women getting credit and media attention for fighting the good fight, but they don’t want too many as it might shine a flood light on the problem instead of the pocket torch the old media are prepared to accept being put on the problem that the old media have to a large degree helped create themselves.

And that is one of the reasons why the old media won’t name Katharine Thornton. Another reason is that Christian Porter and his legal team claim that Katharine Thornton’s family have asked for her not to be named, which benefits Porter’s attempt to minimise public interest and media reports, but there is no evidence to support that claim. But we do have Katharine Thornton’s former boyfriend saying in court he would prefer to use her full name.

I have published this website since 2011 and I have spoken to and written many articles about survivors, and I know when they make a decision to go public with allegations against a high-profile person the one thing that empowers them the most is having their own name and face in the media. That is because it gives their allegations credibility as people can see someone standing behind the allegations not just an acronym such as “AB” and it humanises the story with the public which helps grow interest and support for the survivor and that is what Porter and his lawyers wanted to avoid. Even though Katharine Thornton is no longer alive having the media name her and publish her picture would help her get justice which her friends have been pushing for.

Katharine Thornton was preparing to fight her battle publicly as I previously wrote when I named Christian Porter as the alleged “Cabinet Minister Rapist” in an article on the 2nd of March 2021:

Some people might think I should not have named Katharine Thornton. There are many reasons why I should. For starters, the government are trying to cover these allegations up and like I said previously the only way to stop a cover-up is to make as many details as possible public which makes it hard for the cover-up to continue. Also, I read today:

“What she wanted fundamentally was accountability, in the sense of the perpetrator being held accountable,” she says. “And I think the way we can try to provide that is to ensure that a proper, thorough a well-resourced coronial inquiry occurs.

“And also through, ideally, providing a platform for her through print, and television, which was what she wanted, for her story to be told in all of its dimensions. And for that, to involve her name and who the perpetrator was.

To me, it sounds like she was happy to fight her battle publicly the same way that Brittany Higgins has, so I have no issues in naming Katharine Thornton. And what if Christian Porter is a rapist and it was to happen again? Would journalists who had an opportunity to out him have some responsibility?

Christian Porter sued the ABC for defamation and Katharine Thornton’s former boyfriend James Hooke told to court when he gave evidence in the associated Dyer v Chrysanthou matter that he would prefer to use her full name.

Given the above everyone should show some respect and use Katharine Thornton’s full name when discussing the matter but for reasons, as mentioned above, almost no media will write about Katharine Thornton now, or name her.

Christian Porter was already a failure as a politician before the Katharine Thornton’s rape allegations were made public yet many still believed he would one day be Prime minister. Porter was a key architect behind Robodebt which saw hundreds of thousands of people illegally and wrongly sent letters of demand which led to a national class action.

A “shameful chapter” in public administration has led to the federal court approving a settlement worth $1.8bn between the commonwealth and victims of the Coalition’s robodebt scheme. Justice Bernard Murphy in Friday’s judgment criticised the federal government’s “massive failure”, noting the court had heard “heart-wrenching” stories of pain and anguish from victims of the Centrelink debt recovery program.

The judge said it should have been “obvious” to government ministers and senior public servants that the debt-raising method central to the scheme was flawed. He said the evidence showed it was unlawful. The robodebt scheme, which ran between 2015 and November 2019, saw the government unlawfully raise $1.76bn in debts against 443,000 people, the court heard.

Murphy said the government had pursued about 381,000 people, unlawfully recovering $751m, including through private debt collectors. He noted that one mother had linked her son’s suicide to the debt recovery program. (Click here to read more)

Porter also had East Timor whistleblowers Witness K and his lawyer Bernard Collaery charged for exposing government corruption, even though the previous Attorney-General George Brandis refused to do so, and he wanted most of the case heard in secret which the government is still trying to do. (Click here to read more)

The Robodebt scandal, laying charges against whistleblowers and other scandals such as the alleged affairs exposed by the Four Corners’ Canberra Bubble story should have been enough to end Porter’s political career but they seemed to do little to curb his ambitions or political support.

If Christian Porter had not sued for defamation, he would likely still be a minister in federal government and possibly attempt to get re-elected at the next election. The final nail in Porter’s career was accepting donations from alleged anonymous people to pay his legal bills which forced him to resign as the Minister for Industry and Science which all ties back to Katharine Thornton’s rape allegation. I wrote an article about it titled “Katharine Thornton forced alleged rapist Federal MP Christian Porter to resign as a Minister” in September 2021. (Click here to read other articles I have written about Katharine Thornton and the defamation case etc)

Christian Porter was never fit to be a federal politician let alone Prime Minister and if it wasn’t for Katharine Thornton Porter might have become Prime Minister sometime in the future.

When ABC journalist Louise Milligan reported at the end of February 2021 that a federal cabinet minister had been accused of rape in documents sent to the Prime Minister it set in train the events that have led to Christian Porter announcing his retirement from politics at the next federal election which is due by May 2022. For that we should all thank Katharine Thornton and her friends who helped her to try and get justice after her death.

The South Australian Coroner is still deciding whether to have an inquest into Katharine Thornton’s death so I will publish an update when there is an announcement. 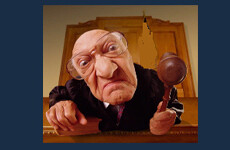 Solidarity is exactly what is required and knowing your rights. 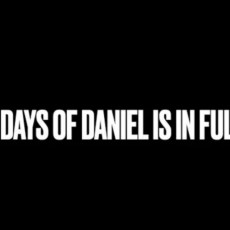