The Texas Supreme Court on Friday found that the state may continue to pursue child abuse investigations against parents who subject their children to radical and irreversible puberty blockers or mutilative surgeries under the auspices of “changing” the child’s sex.

The court’s ruling comes amid a lawsuit brought by the parents of a 16-year-old child, who were investigated by the Texas Department of Family and Protective Services after Gov. Greg Abbott sent a directive to the agency explaining how “surgeries that can cause sterilization, mastectomies, removals of otherwise healthy body parts, and administration of puberty-blocking drugs or supraphysiologic doses of testosterone or estrogen” would amount to child abuse under existing state law.

District Judge Amy Clark Meachum of Travis County had previously issued an injunction blocking all such investigations statewide while the parents (named in the case as the “Does”) proceeded with their case, rather than simply issuing an injunction to temporarily block further investigations into the “Doe” family. An appeals court let her injunction stand, but the highest court in Texas found that the lower court had “abused its discretion” in making such a broad ruling, and struck it down.

That means that while the Doe trial continues, the Texas Department of Family and Protective Services (DFPS) can continue to investigate other parents for subjecting their minor children to puberty blockers, cross-sex hormones, or surgical procedures that could leave them sterile.

The Texas Supreme Court also noted in its ruling that Abbott and Attorney General Ken Paxton did not possess “statutory authority” to directly force a DFPS investigation but that such authority rests with DFPS. Rather than creating a new category of child abuse and demanding that DFPS start investigating it, however, Abbott and Paxton’s letter explained how giving transgender surgeries or hormones to children already violated existing law.

“Each of the ‘sex change’ procedures and treatments enumerated above, when performed on children, can legally constitute child abuse under several provisions of chapter 261 of the Texas Family Code,” Paxton wrote before listing the relevant statutes.

Elle Reynolds is an assistant editor at The Federalist, and received her B.A. in government from Patrick Henry College with a minor in journalism. You can follow her work on Twitter at @_etreynolds.

For Once, the Sexual Revolutionaries Aren’t Wrong 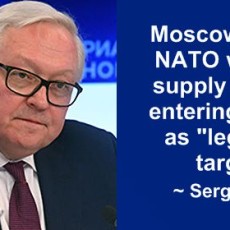 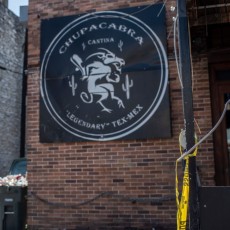 Report: 150+ Killed by Suspects on Bond in Harris County, TX