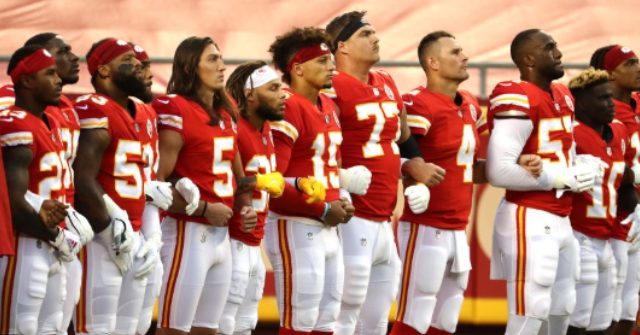 The Houston Texans could not decide, as a team, how to handle the playing of the Star-Spangled Banner and the “Black National Anthem.” Therefore, they decided as a team to remain in the locker room. The Chiefs, however, elected to stay and stood arm-in-arm during the playing of both songs.

#Chiefs staying on the field for the playing of “Lift Every Voice and Sing” which is considered the black national anthem. The #Texans left the field. #NFL pic.twitter.com/mg79t2baF6

The NFL also unveiled its social justice messaging in the end zones. On the white line at the back of the end zones, were written: ‘End Racism” and “It Takes All Of Us.”

After the playing of the national anthem and Lift Every Voice and Sing (the black national anthem), the players joined in the center of the field for a “Moment of Unity.”

A moment of silence dedicated to the ongoing fight for equality in our country. #ItTakesAllOfUs pic.twitter.com/srC0SlnWdh

The Texans decided to remain in the locker room to avoid any “misinterpretation” of favoring one anthem over the other.

“NBC’s sideline reporter Michele Tafoya reports that the players made the decision so there would be “no misinterpretation” of celebrating one song and not the other,” Pro Football Talk reported.

According to Pro Football Talk:

The Chiefs locked arms along one end zone during Lift Every Voice and Sing and the accompanying video. They headed inside after that, leaving to a smattering of boos from the small crowd, Mike Jones of USA Today reports.

The Chiefs returned to the field for the national anthem, though. Defensive end Alex Okafor was the only player who took a knee. Some Chiefs, including quarterback Patrick Mahomes, locked arms.

The rest of the NFL Week 1 slate will get underway Sunday, September 13. 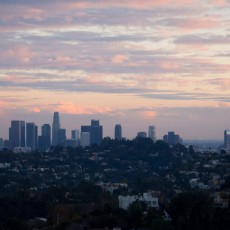 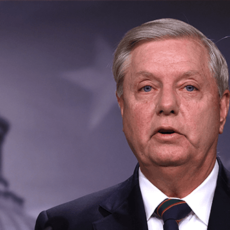 Graham: ‘Shut Down the Immigration System and Have a Timeout’ 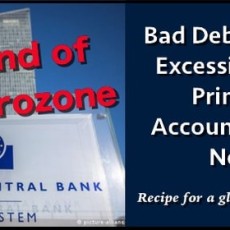