CHATTANOOGA, Tenn. — A woman who produced a crush video, which included depictions of the sexual assault of an animal, and transported child exploitation materials involving a 4-year-old child, was sentenced to serve 235 months in federal prison.

The announcement was made on April 14, by the acting U.S. Attorney for the eastern district of Tennessee.

The charges against Hendrix resulted from an investigation by Homeland Security Investigations (HSI), working with the Hamilton County (Tennessee) sheriff’s office (HCSO) and the North Carolina State Bureau of Investigation.

“HSI agents make it a top priority to work with all of our law enforcement partners to investigate predators involved with the production, distribution and possession of child sexual abuse material,” said Jerry C. Templet, Jr, special agent in charge of HSI Nashville. “Each year, millions of children fall prey to sexual predators, and it is imperative that we do our part to protect vulnerable children from victimization and ensure the perpetrators are punished for their heinous crimes.”
According to court documents, Teela Moore Hendrix, 35, of Ooltewah, Tennessee sexually abused her 4-year-old son and the family dog and created digital videos of the abuse, which she traded with someone she met in an online room dedicated to sexually abusing animals.

As part of a plea agreement, Hendrix agreed to plead guilty to a superseding indictment charging her with one count of transportation of child pornography and one count of creation of a crush video, which includes depictions of the sexual assault of an animal.

Upon her release from prison, Hendrix will serve 10 years of supervised release and be required to register with state sex offender registries.

“Mrs. Hendricks’ sentence reflects the seriousness of her crimes and the enduring harm caused when offenders record and preserve their abhorrent exploitation of minors in visual media. Thanks to a partnership between the Hamilton County Sheriff’s Office, Homeland Security Investigations, and the North Carolina State Bureau of Investigation, Mrs. Hendricks is now in prison, and her son is now safe,” said Francis M. Hamilton III, acting U.S. Attorney.

“The results of this investigation highlight the Hamilton County Sheriff’s Office commitment to protecting our children and the collaborative partnerships we share with our law enforcement partners specifically the United States Attorney’s Office, the Department of Homeland Security Investigations and the North Carolina State Bureau of Investigation. Together, we will continue to aggressively pursue and prosecute those who prey upon our community’s most vulnerable, our children,” stated Austin Garrett, HCSO chief deputy.

How Long Has The U.S. Intelligence Apparatus Been Selecting Presidential Candidates?… 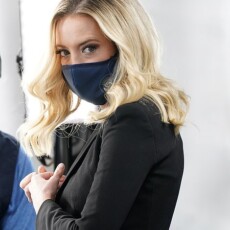