“This Was All About Weaponizing Big Tech”

Republican Senator Ted Cruz has weighed in on the revelations in Elon Musk’s ‘Twitter Files’ publication, urging that it is “evidence of corruption that goes to the highest level of government.”

“We’ve known for a long time that big tech is censoring conservatives,” Cruz said, adding that “what Elon did here is he just laid naked all of the lies that the corporate media has told.”

He continued, “And in particular, all of the exchange back and forth when the Hunter Biden laptop story broke, it was evidence that the leadership at Twitter knew within hours that their ridiculous, fake excuse that it was hacked was a ridiculous fake excuse.”

“Even James Baker, who…had been the FBI’s general counsel and then was at Twitter — even he acknowledged well, gosh, we don’t have the evidence on this, but it doesn’t matter, Let’s block it anyway,” Cruz noted, referring to the now fired Twitter Fed, who continued to try to censor Musk’s data dump.

Cruz further highlighted that in “one of the exchanges back and forth they reveal the reason, which is they say we want to avoid — we want to avoid what happened in 2016, Donald Trump winning.”

“This was all about weaponizing big tech. It is absolutely corrupt. And what is amazing is the Democrats were fully in on it,” Cruz charged, adding “The corporate media was fully in on it, and Elon’s released the receipts, which shows all of them are willing to abuse power to stay in power.” 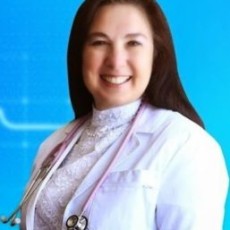