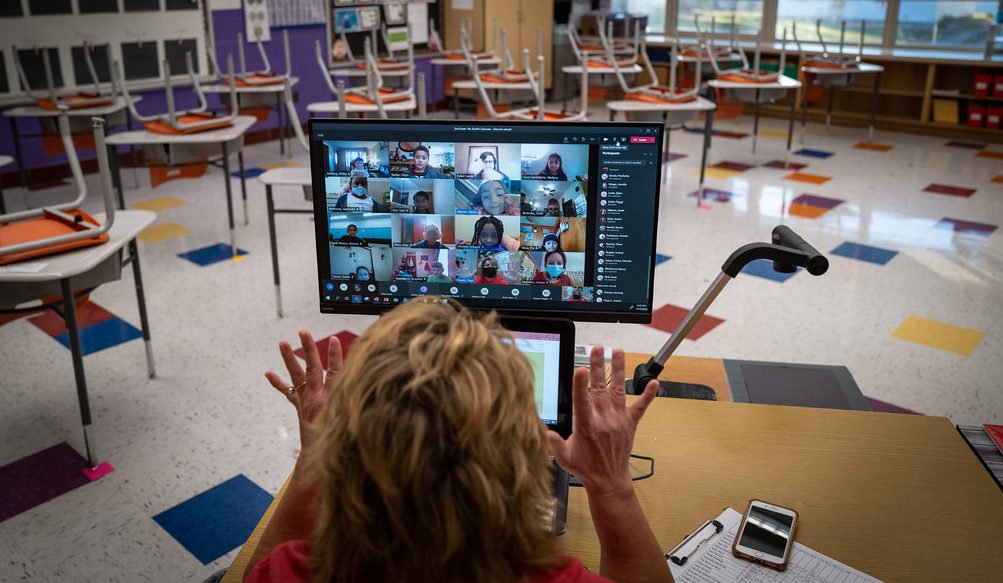 What is motivating teachers unions to keep public schools closed for as long as possible?

We’ve constantly heard from the left about the need to “follow the science” in dealing with the coronavirus, as President Joe Biden has repeatedly pledged to do. Yet the gap between administration policies or even the U.S. Centers for Disease Control and Prevention guidelines and the scientific facts about how the virus is spread is considerable.

Given that we’ve known since last summer that younger children are unlikely to spread the virus and that the CDC has made it clear that schools can safely reopen even without all teachers having been vaccinated, the stubborn refusal of public school teachers unions to agree to go back to the classrooms is puzzling.

Or at least it would be, if it weren’t so clearly in the interests of the unions to keep the teachers and students at home rather than in school. In doing so, these Democratic Party allies and funders have managed to increase their power over both school systems and politicians.

But when asked to respond to the complaints of parents about the damage they are doing to their children by insisting on keeping them home and dependent on Zoom rather than in-person teaching, the leader of one of the country’s most powerful unions responded in a manner that demonstrated how leftist woke ideology works.

American Federation of Teachers President Randi Weingarten is one of the most powerful forces in education and a well-known player in Democratic Party politics. The arrogance that such power breeds was on full display in an interview she gave to the Jewish Telegraphic Agency.

During a fawning Q&A with a blatantly misleading headline about Weingarten’s “vision to get kids back to school,” the union boss exposed her disdain for the families her members are supposed to be serving.

She was asked how she would respond to parents who are complaining that unions have been the primary obstacle to opening public schools despite the fact that many, if not most, private and parochial schools have been open for full-time, in-person instruction since the fall. That’s especially an issue in Los Angeles, where a massive government investment has been made to help make the schools safe. But the unions are still doggedly refusing to let their teachers show up for work in the classroom.

Education Tossed Aside for Woke Agendas

Weingarten’s answer illustrated her slavish devotion to leftist ideology as well as her contempt for these families. Although she was speaking to a Jewish publication, there was no need for her to take specific aim at Jewish parents, but that’s what she did:

American Jews are now part of the ownership class. Jews were immigrants from somewhere else. And they needed the right to have public education. And they needed power to have enough income and wealth for their families that they could put their kids through college and their kids could do better than they have done. Both economic opportunity through the labor movement and an educational opportunity through public education were key for Jews to go from the working class to the ownership class. What I hear when I hear that question is that those who are in the ownership class now want to take that ladder of opportunity away from those who do not have it.

The union is still claiming that, against all the evidence and the experience of their colleagues in other systems, their members are too afraid to come to work. They claim they must all be vaccinated first but have also set other demands about funding and “equity” — a buzzword for replacing equality with race-based schemes to further skew the education system toward indoctrination of leftist doctrines about critical race theory and “white privilege.” These have been set up as excuses to prevent resuming in-person teaching.

It’s interesting that Weingarten chose to inject the notion of Jews as beneficiaries of white privilege into the discussion. Weingarten is the spouse of Rabbi Sharon Kleinbaum of Congregation Beit Simchat Torah, a synagogue that serves the LGBTQ community in New York. But she spoke in a manner that seems straight of the antisemitic themes in Karl Marx’s infamous essay “On the Jewish Question,” in which Communism’s founding father (who was himself  Jewish) spewed angry contempt for his fellow Jews and labeled them capitalist parasites and oppressors.

For Weingarten to use these stereotypes was disgraceful. But it exactly illustrates worries that toxic theories about white privilege are giving a permission slip to antisemites.

That she did so in order to distract the public from the damage she and her union are inflicting on the children of this country is shameful. But what makes it even worse is that it’s not Jewish families complaining about unions who are trying to “take away the ladder of opportunity” from the poor. It’s Weingarten and the AFT who are doing that.

The unions’ determination to keep schools closed is consigning a generation of children to more months of Zoom classes that are both harming their development and widening the gap between the rich and the poor, something particularly dangerous for inner-city minority kids who were already underserved by the public system.

Online teaching is often of little use for many children, especially those in the lower grades. The unions also seem to be saying that teachers are not quite as essential as not just doctors and nurses but also grocery store clerks, who have been showing up for work every day throughout the lockdowns.

The union’s stand has also been undermined by their hypocrisy. In a notorious incident, a Facebook group for teachers instructed participants not to post pictures online of their spring break vacations. “It’s hard to argue that it is unsafe for in-person instruction, if parents and the public see vacation photos and international travel.” It’s hard to argue with that warning.

Nor is this the first time these unions have hurt minority students and others who are disadvantaged. Their opposition to school choice programs has helped keep poor children trapped in failing schools rather than given an opportunity to succeed elsewhere. The fact that Democratic politicians are beholden to Weingarten’s union for campaign contributions ensures the party continues to be a roadblock to both choice programs and charter school alternatives that have a proven record of helping children.

The injury  Weingarten and the unions are doing to children is incalculable, but what she is doing in the name of protecting “opportunity” for the underprivileged while trashing middle-class Jewish families who want their kids in school is world-class chutzpah. It also indicates how adherents of critical race theory instinctively judge people by race or background so as to silence or intimidate them.

Nor, despite her claim in the JTA interview, are her actions rooted in “Jewish values.” There is nothing in Jewish texts or tradition that says it’s okay to force minority kids to be stuck in dead-end public schools just to protect the power of teachers unions that might be lost if parents were allowed to choose better schools for their families that they can’t currently afford.

Nor is it a Jewish value to force parents to stay home watching their kids rather than go to work to help keep them out of poverty just because Weingarten’s union has discovered that the lockdowns suit them just fine.

Teachers unions have become a deeply destructive force in public education. So long as people like Randi Weingarten have public education by the throat, America’s children are in danger. 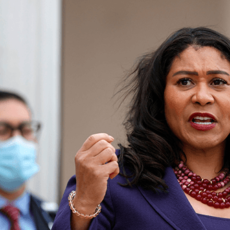 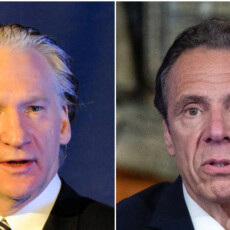 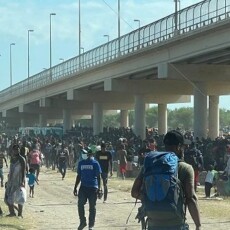