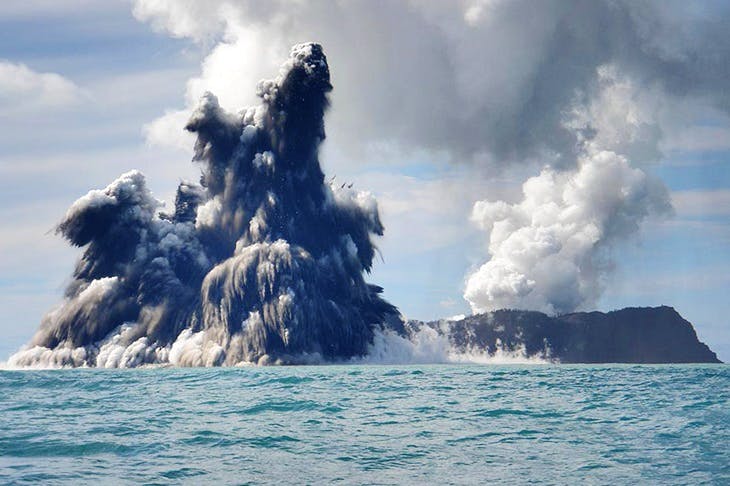 For decades I have avoided listening to, watching or being interviewed by the ABC in preference to the Wilcannia Weekly and the Andamooka Argus. Can you imagine my shock when a geological colleague informed me that the ABC were actually scientifically correct regarding gas emissions from the January 2022 explosive volcanic eruption of Hunga-Tonga?

The Tongan eruption is not unprecedented yet it was given celebrity billing because of the footage captured by satellites and on the ground in a news-free silly season. The small number of fatalities from tsunamis in Tonga and Peru is commensurate with Hunga-Tonga being a modest-sized submarine explosive eruption.

Before, during, and after eruptions there are earthquakes as rising lighter molten rocks push aside solid rocks. As with all explosive eruptions, the sonic boom does a few laps of the planet, as will the high-altitude Hunga-Tonga ash cloud. There was a lightning storm in the ascending ash plume and there were associated tsunamis because the explosion was in shallow water.

Ash and sulphur dioxide 20 km up in the Southern Hemisphere atmosphere will reflect light and heat producing slight cooling over the next few years. This is normal and is unrelated to the current lower output of energy by the Sun.

Explosive eruptions derive from water dissolved in molten rocks at depth which, upon buoyant ascent, flashes to a monstrous volume of steam thereby creating an explosion, especially if fractures from earthquakes allow an ingress of seawater. Sulphate from seawater is converted to sulphur dioxide, a common and toxic volcanic gas that was measured at Hunga-Tonga.

Volcanic explosions suddenly cool molten rock into glass which is explosively fragmented into minute razor-sharp spicules that can petrify lungs of breathing animals, inundate reefs and landscapes with ash thereby killing life and cause drowning in blood from myriads of cuts to lung tissue. It is well known that such ash can remelt on the turbines of jet aeroplanes causing engine failure.

The most common volcanic rock on Earth, basalt, occupies about 75 per cent of the surface of the continents and ocean floor. Partial melting of the mantle occurs most commonly when rocks held at high pressure and temperature in the presence of a flux such as carbon dioxide or water are depressurised. Molten basalt can contain up to 13.5 weight per cent dissolved carbon dioxide. Molten basalt from depressurisation erupts on the ocean floor at mid ocean ridges, off-axis fractures, oceanic hot spots such as Hawaii, above continental hot spots such as western Victoria, along continental rifts and at asteroid impact sites. These processes have been replicated experimentally.

By contrast, there are only 1,711 active volcanoes at, near or above sea level. One of these, Hunga-Tonga on the Tonga-Kermadec Arc, is where sea floor basalt with a thin skin of wet sediment on the Pacific Plate is being pushed westwards under the Australian Plate. When wet sea floor basalt is remelted at depth in volcanic arcs, it produces andesite with a large amount of dissolved water that operated as a flux. Andesite is molten at 700°C and experiments show that very little carbon dioxide can dissolve in molten andesite. As the hot molten buoyant andesite rises, it boils off dissolved water and, when the weight of the overlying rocks close to the surface is less than the gas pressure, there is a volcanic explosion such as at Hunga-Tonga.

Many of those who question human-induced climate change asked me about the carbon dioxide emissions during the Tonga eruption. The answer is SFA. The unseen and unmeasured basaltic sea floor volcanoes are a major contributor of heat and carbon dioxide to the oceans yet are never considered by climate modellers. Why not? They also have never shown that human emissions of carbon dioxide drive global warming.

Stay sceptical of everything that’s not published in the Andamooka Argus. 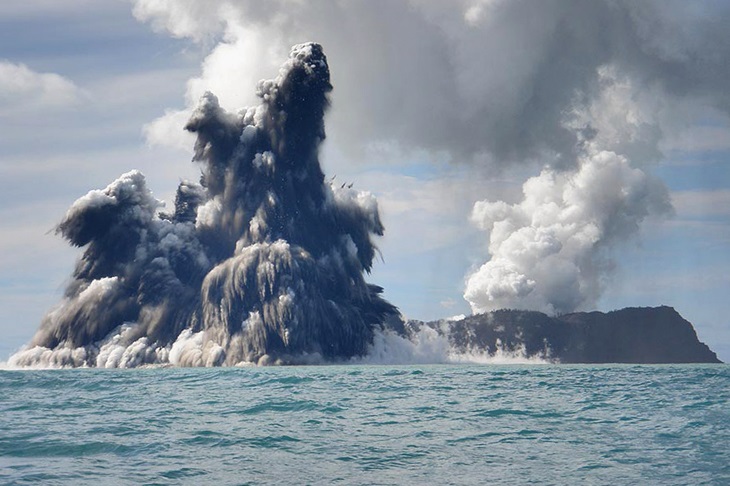 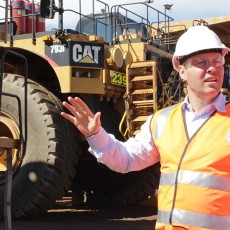 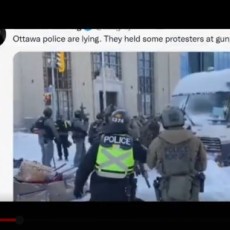 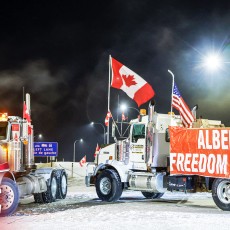