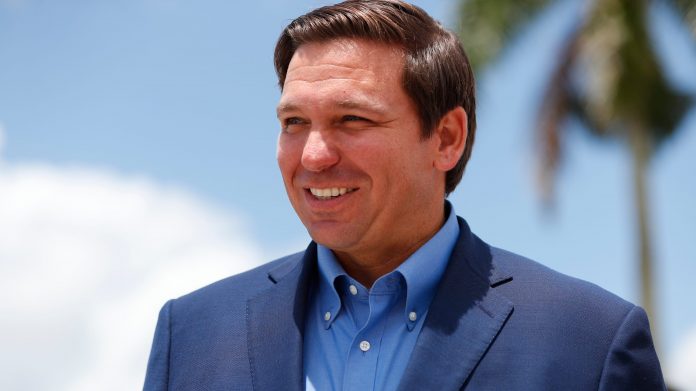 Governor DeSantis made the announcement at an event in West Palm beach, where he held a news conference.

Speaking to the press, DeSantis said that he has established a new law enforcement agency that will be focused on investigating any reports or evidence of election fraud.

According to the governor, this new agency will be tasked with investigating election crimes such as illegal ballot harvesting, ballot dumping, etc.

Gov. DeSantis also made it clear that Florida has increased criminal penalties for election-related crimes.

“If you see somebody brings a stack of ballots and they’re stuffing them in a drop box, you have a place that will field these complaints and will immediately be able to investigate and hold them accountable,” said DeSantis.

A press release also noted that the newly-created Office of Election Crimes and Security would be formed “within the Department of State to investigate election crimes and fraud.”

“Election integrity is a top priority in Florida, which is why I am calling on the Florida Legislature to take additional steps to safeguard our elections,” the governor wrote in another tweet, sharing a clip of his speech.

Election integrity is a top priority in Florida, which is why I am calling on the Florida Legislature to take additional steps to safeguard our elections. pic.twitter.com/jCd3ECPYFb

The governor is quickly becoming popular on the right, as his actions within the last two years have shown that he is one of the few Republican leaders that will stand up to tyranny and fight back with actual lawmaking, rather than just complaining and getting nothing done, like most of the GOP.

One of Gov. DeSantis’ most popular policy positions has been the fight against medical tyranny. He recently announced that he is ramping up the fight against vaccine mandates in his state, with his mission being to protect the jobs and livelihoods of all of Florida’s citizens, alongside protecting the children of Florida from these experimental vaccines.

“In Florida, there will be no vaccine mandate for children in our schools. This is a decision that belongs to parents,” tweeted Governor DeSantis.

In Florida, there will be no vaccine mandate for children in our schools.

This is a decision that belongs to parents. pic.twitter.com/EEu13HZ41c 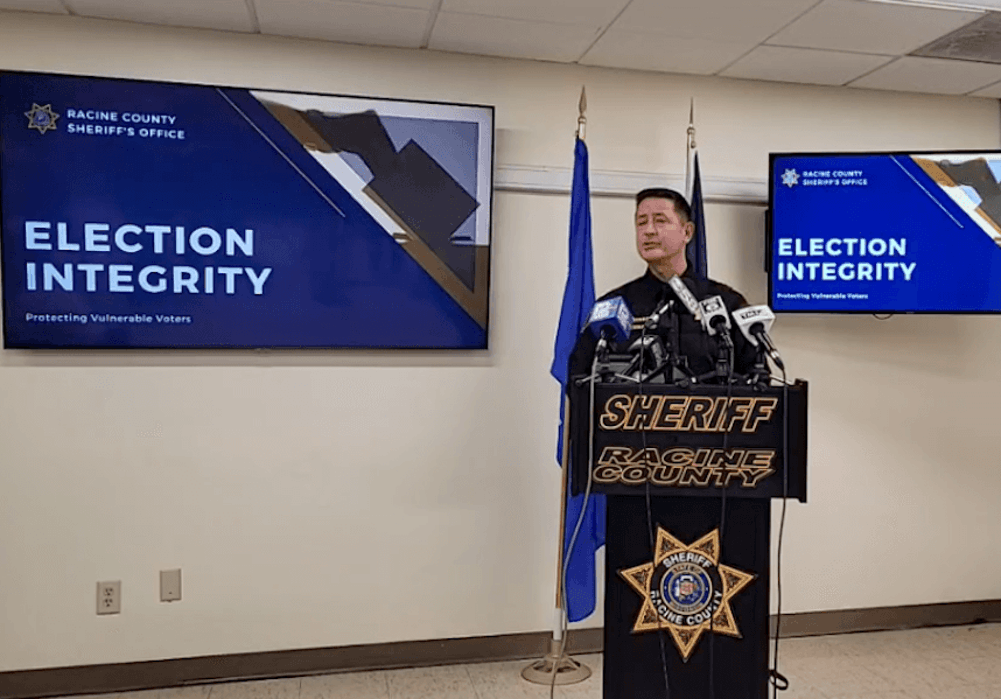 During that press conference, Luell provided a methodical review of the Wisconsin Election Code and his investigation into a complaint lodged by “Judy,” whose mother “Shirley” was a resident of the Ridgewood Care Facility.

After her mother died on October 9, 2020, Judy discovered a vote in the November 2020 presidential election had been cast in her mother’s name. In an affidavit originally filed with the Wisconsin Election Commission, Judy stated that she believed the residential care facility had taken “advantage” of her mother’s “diminished mental capacity and filled out ballot(s) in her name.”

While their investigation focused on Ridgewood Care Facility, during the press conference, Schmaling and Luell made clear that the fundamental violation of election law occurred when the Wisconsin Election Commission, or WEC, directed municipalities not to “use the Special Voting Deputy process to service residents in care facilities,” and instead to “transmit absentee ballots to those voters by mail.”

As Luell detailed in the October 28 press conference, Section 6.875 of the Wisconsin election code provides the “exclusive means” of absentee voting in residential care facilities, and that statute requires the local municipality to dispatch two special voting deputies, or “SVDs,” to a facility. The election code further requires the SVDs to personally deliver a ballot to residents of the facility, and then witness the voting process. And only a relative or an SVD may assist the voter in the process, and once voting is complete, the SVD must seal the ballot envelope and deliver it to the clerk.

By directing municipalities not to use SVD, as required by state law, Luell explained, the WEC appeared to violate Section 12.13(2)(b)(7) of the Wisconsin Election Code, entitled “Election Fraud.” That section expressly provides that it is a crime if, “in the course of the person’s official duties or on account of the person’s official position,” the official “intentionally violates or intentionally causes any other person to violate any provision” of the election code, “for which no other penalty is expressly prescribed.”

Also noted were several other relevant criminal provisions, including the crime of receiving a ballot from, or giving a ballot to, a person other than the election officer in charge, or receiving a complete ballot from a voter unless qualified to do so. Here, Luell explained how ballots were handled by low-level employees, kept unsealed in drawers, and otherwise maintained in violation of state law.

Whether to charge these crimes is a matter for prosecutors to decide, the sheriff and his lead investigator explained. However, given that Racine County is just “one of 72 counties,” and “Ridgewood is one of 11 facilities within our county,” they encouraged the state attorney general to launch his own investigation.

Late Wednesday, in a media release, Schmaling explained that, because of the failure of Attorney General Josh Kaul to initiate a statewide investigation into the WEC’s directive to voting clerks not to use the Special Voting Deputy process required by Section 6.875, his office had “forwarded charging recommendations to the Racine County District Attorney’s Office.”

The sheriff then explained he had recommended charges for Commissioners Margaret Bostelmann, Julie Glancey, Ann Jacobs, Dean Knudson, and Mark Thomsen. Jacobs, Thomsen, and Glancey are Democrats, while Bostelmann and Knudson are Republicans. The only member of the WEC not referred to the prosecutor’s office was Robert Spindell, Jr., a Republican appointed to the Committee by the Wisconsin Senate Majority Leader, Scott L. Fitzgerald.

No explanation was provided for why Spindell was omitted from the referral. Spindell had originally voted along with his five fellow commissioners to “suspend” the use of SVP in the spring of 2020, before the primary election. But then in September, Spindell reversed course, questioning where the WEC’s authority to override the legislative mandate came from. He then pushed the WEC to reinstate the use of SVP before the November 3, 2020 election.

Given that the Sheriff Office’s investigation and criminal referral concerned only the November 3, 2020 election, the omission of Spindell’s name from the list provided to the district attorney’s office makes sense.

Spindell’s name was also conspicuously absent from the two-page letter the WEC released late in the evening the day of the October 28, 2021 press conference. All of the commissioners, except Spindell, had signed that letter, with Spindell telling the press, there was “a lot in that statement I did not agree with.”

And as for whether the WEC violated the law? “That’s not up to me to determine whether the commission did or not,” Spindell said, I just don’t know.”

For now, Racine County District Attorney Patricia Hanson will need to decide whether to initiate criminal charges, and if so, on what basis. The Sheriff’s Office had recommended three misdemeanor and two felony charges, as follows:

Party to the Crime of Election Fraud—Illegal Ballot Receipt in violation of Wis. Stat. 12.13(3)(p)

Party to the Crime of Election Fraud—Solicit Assistance in violation of Wis. Stat. 12.13(3)(s) (Misdemeanor).

While the Racine County Sheriff Office’s press conference had explained the basis for the various election fraud charges, the recommended charge under Section 946.12(2) is new. That section, entitled “Misconduct in Public Office,” provides:

The various clips and quotes included in the summary of the Racine County Sheriff Office’s investigation provide pretty strong evidence that the WEC members knew they were exceeding their lawful authority and thus violated Section 946.12(2) of the criminal code, as well as the election code provisions specified.

To date, however, no one cared. Will District Attorney Patricia Hanson?