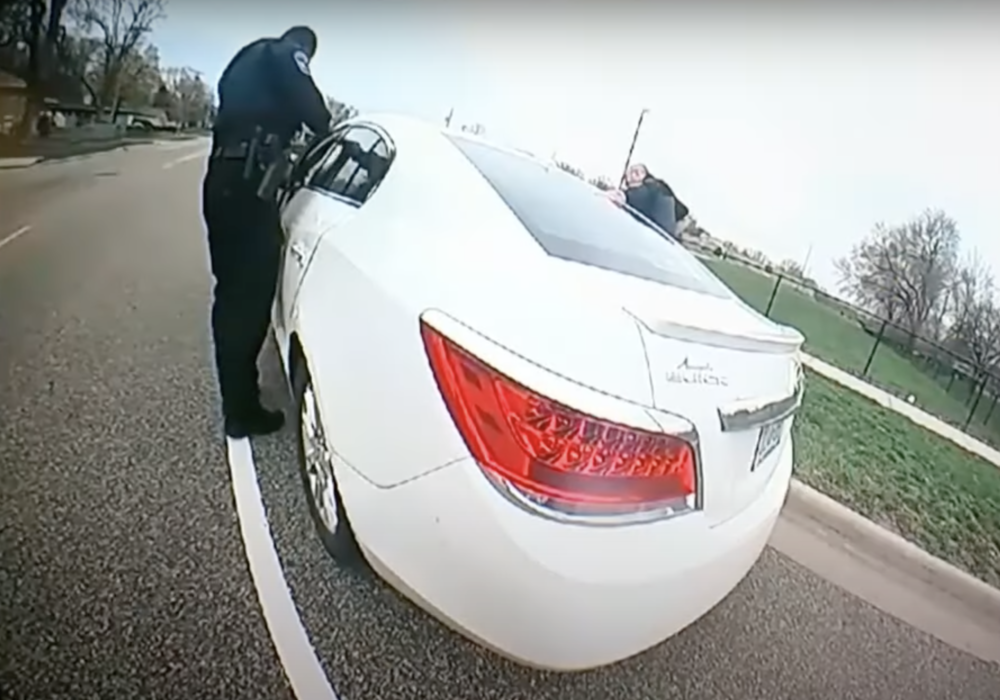 The Brooklyn Center, Minnesota officer who fatally shot Duante Wright, a 22-year-old black male, on Sunday announced her resignation in a letter on Tuesday.

Kim Potter, the 48-year-old officer who served in the department for 26 years, was previously placed on administrative leave after she reportedly shot Wright on accident, instead of using her taser. Officers originally pulled over Wright during a traffic stop but when they attempted to arrest him for an outstanding warrant, he drove away and crashed into another vehicle.

“I have loved every minute of being a police officer and serving this community to the best of my ability, but I believe it is in the best interest of the community, the department, and my fellow officers if I resign immediately,” Potter wrote in her resignation.

According to the Associated Press, Brooklyn Center Mayor Mike Elliott said he was “appreciative that Potter submitted her resignation but that he had not asked for it nor accepted it.”

Brooklyn Center Police Chief Tim Gannon, the officer who claimed that Potter shot Wright on accident, also resigned on Tuesday. His resignation follows a charged press conference where he sparred with reporters who tried to stop him from calling the destruction and violence outside of Minneapolis on Sunday a riot.

In response to Wright’s death, people in Minneapolis took to the streets wreaking havoc on the city with rioting and looting. On Sunday, mere hours after Wright was shot, the Minnesota National Guard arrived in the Minneapolis suburb to assist law enforcement with controlling agitated Black Lives Matter crowds who were attacking police cars, scuffling with officers in riot gear, and throwing various objects at police while threatening to keep the rioting going “all summer like it did last time.”

YouTuber and former Tucson Police Officer Brandon Tatum said he believes the shooting was an “honest mistake in a heated situation caused by Mr. Wright,” but that Potter should lose her job because she “doesn’t have the temperament.”