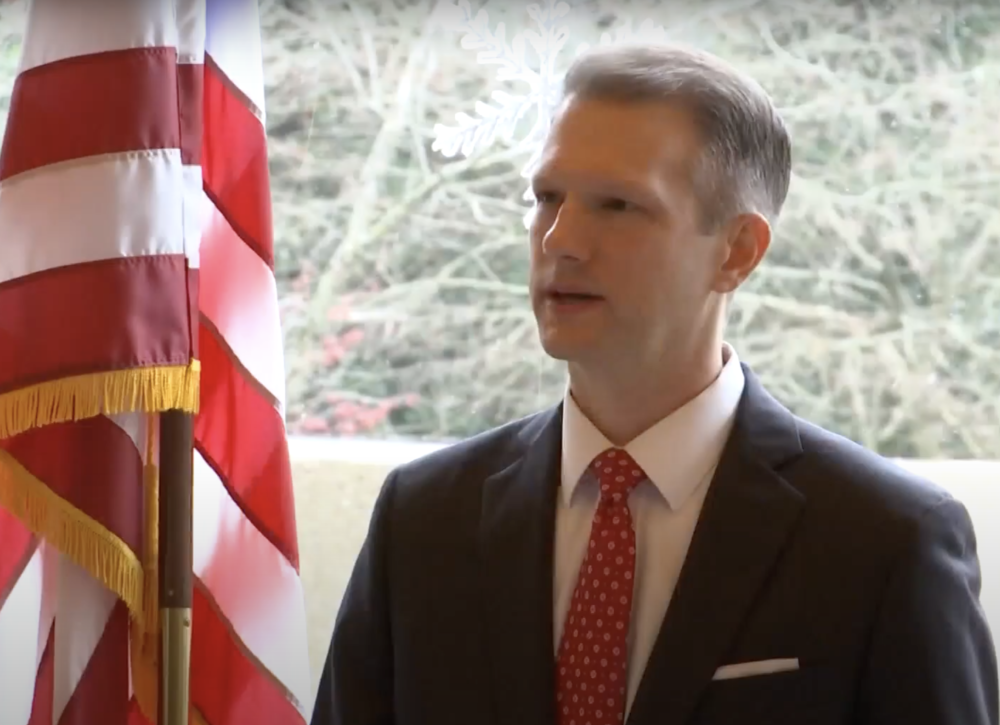 Moore said instead of lamenting how wokeism is targeting oil and gas communities, states need to take action. 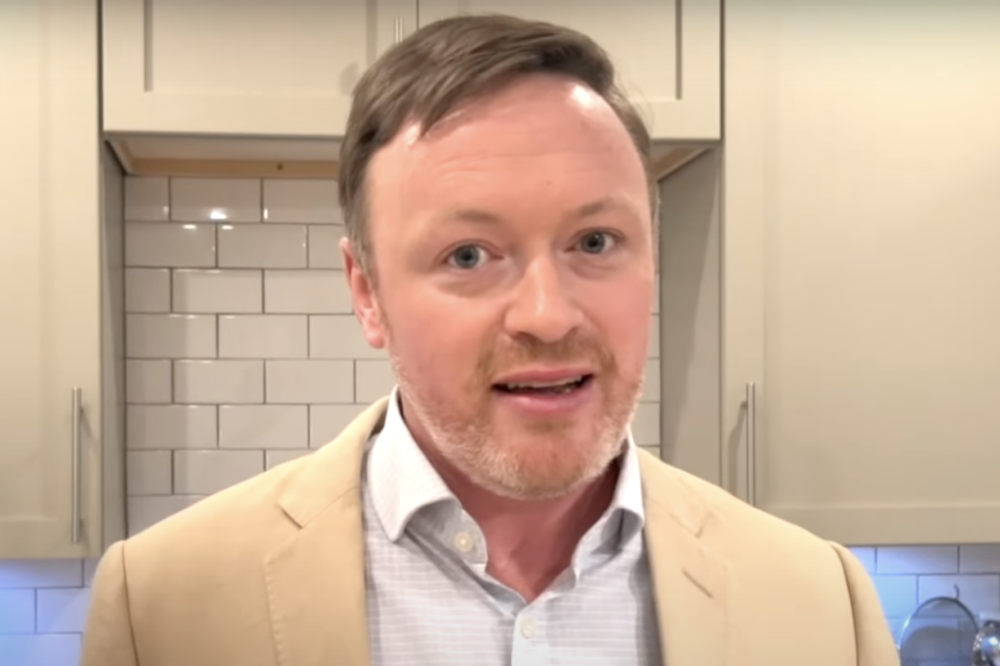 On this episode of “The Federalist Radio Hour,” Federalist Senior Editor Christopher Bedford has a lot of problems with the world and joins Culture Editor Emily Jashinsky to air his 2021 grievances.

At the top of Bedford and Jashinsky’s list of grievances are things such as cities overrun with filth and crime thanks to the “progressive experiment.”

“Austin, Texas, in 2012 was an awesome place. Denver, Colorado, in 2015 was a great place, and now all of them are awful because of active decisions of people,” Bedford said.

“We’re using cities and humans as laboratories for an ideology that is clearly backwards,” Jashinsky said. “It’s true that our prison system is not great at rehabilitation, but you know what’s really not great at rehabilitation is allowing people to live outdoors in unsafe conditions, breaking the law in a myriad of ways in the middle of these communities. It’s crazy.” 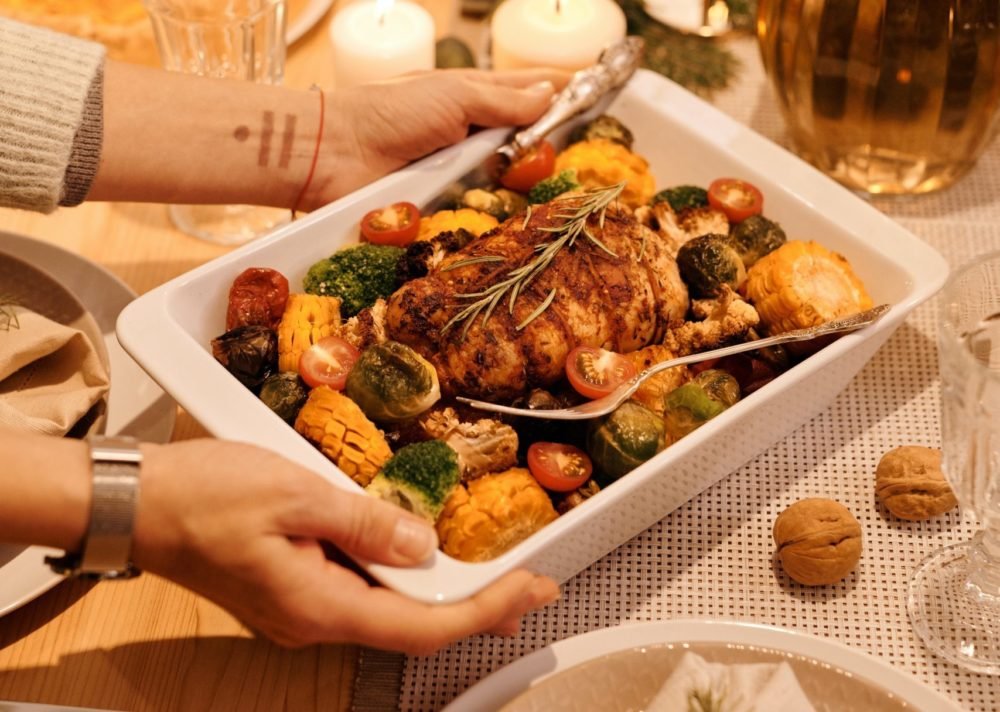 On this episode of “The Federalist Radio Hour,” Christopher Kimball of Milk Street joins Federalist Publisher Ben Domenech to share tips from his new book “Milk Street Vegetables Cookbook” and offer his advice on the best ways to prepare food for the holidays.

“Cooking what’s available is what people used to do until fairly recently. So instead of planning your meals ahead of time, based on looking at a recipe, if you start the other way around, the way people have for tens of thousands of years, that’s really helpful because then you also become a better cook because you adapt to whatever is good,” Kimball said. “…So sometimes it’s better to cook with what you have or what you can find, and for a lot of people that’s the reverse, but I think that’s probably the better way to do it if you want to take the time to figure it out.”

When it comes to cooking for a particular occasion, Kimball said you don’t always have to diverge from your normal kitchen routine.

“I don’t feel a great need, especially around the holidays, to actually do something different,” Kimball explained. “…There are times when I do like to completely improvise, and once in a while, I would.” 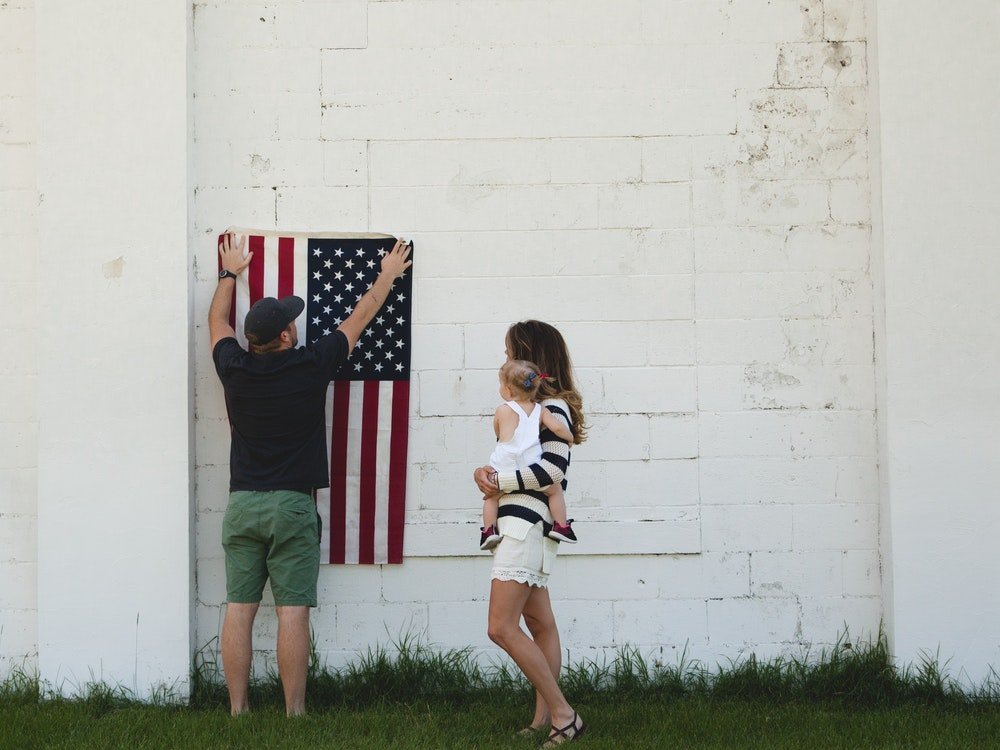 On this episode of “The Federalist Radio Hour,” Tony Woodlief, executive vice president of the State Policy Network, joins Culture Editor Emily Jashinsky to discuss his book “I, Citizen: A Blueprint for Reclaiming American Self-Governance.”

“The big enemy we’re facing right now is a massive unelected federal bureaucracy,” Woodlief said. “For every law passed by Congress, federal agencies pass 27 regulations that have the full force of federal law. So there’s no way now to stop them, even if Congress woke up tomorrow and was suddenly interested in doing its damn job. So then you’ve got to ask how do we push back against these federal agencies, and where I land is, it’s got to be networks of communities and think tanks and litigation groups at the state level who, through unified action, begin to push back.”

Self-governance, Woodlief said, is something that was present and valued at the nation’s creation and needs to return as a priority in the United States.

“I feel I’m a radical centrist. I embrace the radical idea that in a democracy, the centrist ought to have a say. And so if that’s what we mean by populism, then yeah, it is, it’s trusting people. But I think that’s what the founders did. They put in roadblocks so that the best parts of us would have the greatest likelihood of surfacing in terms of who runs the government, in terms of the decisions the government makes, but they didn’t set up a system where ‘we the people’ had no say. … They wanted the best of the people to come forward,” Woodlief said. 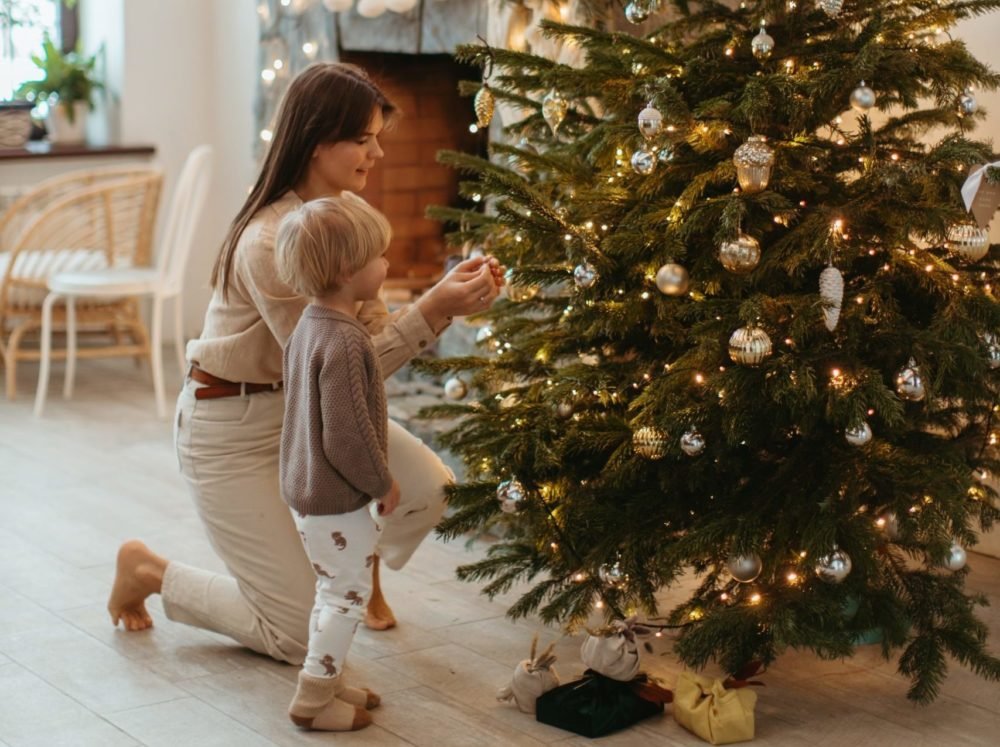 On this episode of The Federalist Radio Hour, author and blogger Leila Lawler joins Federalist Executive Editor Joy Pullmann to discuss her blog “Like Mother, Like Daughter” and offer practical wisdom and tips for making motherhood a joy.

“We have an expertocracy. We think that every single thing has to be outsourced to experts and we fail to realize that we can just use our common sense and we can rely on and have confidence in the fact that by the virtue of being married, we have the ability to educate our children,” Lawler said. “So it’s kind of like dig down, dig deep, pray, and grab hold of those resources that are, I would say, supernatural resources, to get this job done.”

Lawler said the task may appear daunting at first but “it can be done.”

“I’m really hoping that families just come to their senses and realize this is, we just need to get back to the basics of husband, wife, children, education, live life, and just do it simply,” Lawler said.

You can find Lawler’s book set “The Summa Domestica” here. 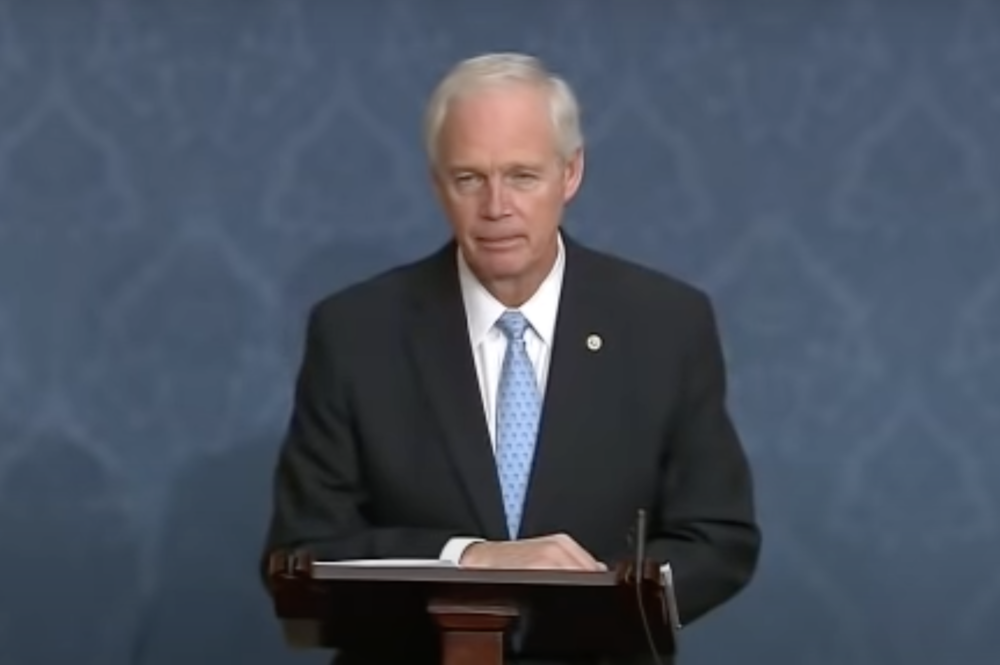 On this episode of “The Federalist Radio Hour,” Republican Sen. Ron Johnson of Wisconsin joins Culture Editor Emily Jashinsky to discuss Big Tech censorship and how the Silicon Valley giants have assisted bureaucratic “COVID gods” in dictating the pandemic agenda since the beginning.

“The power that the Big Tech companies have amassed is dangerous, right? And our antitrust laws aren’t designed to address it,” Johnson said, noting that he believes the free market is the best solution to the censorship problem.

“At some point in time, you know, conservatives have to use what platforms are out there. I don’t think we should abandon those, but we need to start gravitating toward outlets that aren’t going to censor us. Now that’s a real shame,” Johnson added.

Johnson said he believes that without Big Tech’s influence, people in the United States would have addressed COVID-19 more effectively.

“One of the greatest impediments to early treatment now is the fact that people will never admit they’re wrong. I mean, just generally in the population,” Johnson said. “Everybody bought into the experts, right? Everybody put their faith in Fauci. You kind of don’t want to admit that you put your faith in the wrong person, or the wrong agencies, or in the media or the social media.” 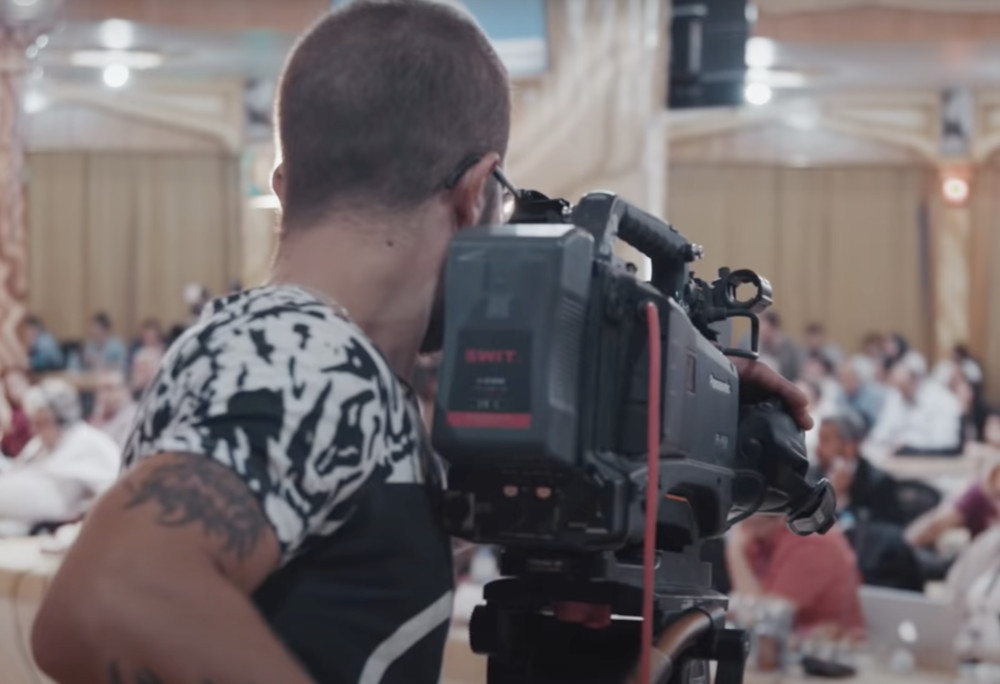 On this episode of The Federalist Radio Hour, documentarian Matt Whitworth and former Congressman Tom Garrett join Culture Editor Emily Jashinsky to discuss their new documentary series “Exile,” which highlights the stories of refugees from around the world who are facing religious persecution.

“When you hear some of these stories, it makes any problems that we have in this country, race relations, anything like that, seem so incredibly trivial,” Whitworth said. “So that’s the goal, like we want to film in Africa, we’re going to film in Asia, we’re gonna film in Europe, right, there’s been the shocking rise of antisemitic attacks in Europe. We are going to film in North and South America because there’s, you know, there’s problems.”

Both Whitworth and Garrett said that as global religious persecutions rise, so does the need for people to help.

“The media, the world’s eye has been taken from humanitarian issues and causes. Bad actors know that now’s the time, because we’re distracted and so we’ve taken our eye off the proverbial ball and it’s definitively gotten worse,” Garrett said. 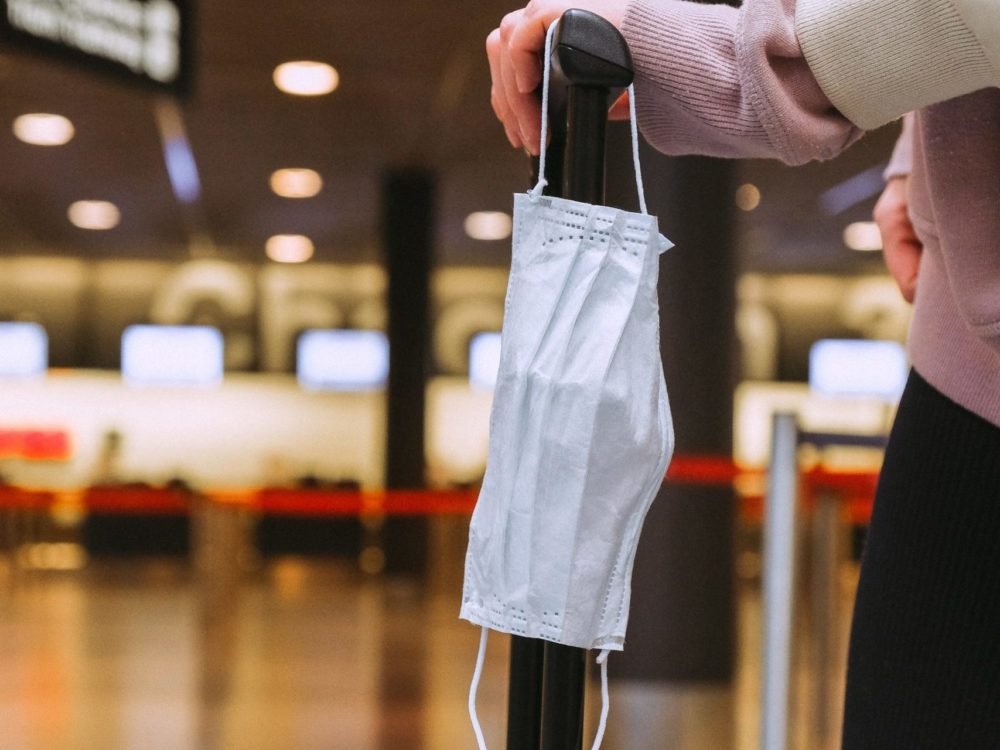 On this episode of The Federalist Radio Hour, journalist Alex Berenson joins Federalist Culture Editor Emily Jashinsky to discuss his new book “Pandemia: How Coronavirus Hysteria Took Over Our Government, Rights, and Lives.”

“There’s just a ton we don’t know but what we do know is that the public health authorities lie, they lied, and they were wrong,” Berenson said. “They overpromised, they were caught short by what happened in, you know, in the summer in Israel and what is happening everywhere else. And so they need to admit that they have essentially no credibility left with a lot of the population and the first step to getting that back is admitting that they didn’t tell the truth or that they were wrong.”

Berenson said he was censored by Big Tech for his work writing about COVID and often dogpiled by the leftist mob.

“The other clear reason that people were angry at me at least, I think it’s actually gotten worse, is that I was a traitor right? And I’m not really joking when I say that,” he said. “It’s painful and annoying to them that somebody who they think should be on their side, you know, is espousing these, I wouldn’t even say they’re conservative, they view them as conservative, points of view.”