Social media company Twitter finished its week of apparently politically motivated censorship on its platform by banning tweets regarding the efficacy of masks from Scott Atlas, a member of the White House scientific team battling the coronavirus.

Atlas, a senior fellow at Stanford’s Hoover Institute, not only had his tweets removed, he was banned from tweeting until he deleted the tweets that Twitter for unclear reasons objects to. Here are the tweets in question:

In an email to The Federalist, Atlas outlined the evidence behind his tweet.

In the deleted tweet, I cited the following evidence against general population masks:

3) The WHO:  ‘The widespread use of masks by healthy people in the community setting is not yet supported by high quality or direct scientific evidence and there are potential benefits and harms to consider’  (http://bitly.ws/afUm)

4) The CDC: ‘Our systematic review found no significant effect of face masks on transmission of laboratory-confirmed influenza.’ (https://wwwnc.cdc.gov/eid/article/26/5/19-0994_article).

I also cited an article giving detailed explanation of the reasons why masks might not prevent spread:  https://t.co/1hRFHsxe59

Notwithstanding this evidence regarding arguably the most important and contentious debate raging in American society — the constant mandate of masks — it appears some 20-something with his pronouns in his Twitter bio just pushed a button and erased scientifically accurate information. For some reason, which hopefully Twitter CEO Jack Dorsey can explain when he is dragged before the Senate, Atlas was silenced by the tech giant.

Universal masking is a subject of scientific dispute, and just happens to be a contentious political argument in the midst of the 2020 presidential election. Under the dubious policy of stopping the spread of disinformation, Twitter has silenced an expert on the matter for what seems to be politically motivated purposes.

Twitter, which claims to be a neutral platform and enjoys legal protection as such, has once again proven that not only does it have an editorial agenda, it has a political one. You see, the information overlords at Twitter dot com will decide what information and what facts the masses like you and me are allowed to consume on their platform.

That would be fine if they were a publisher and treated as such legally, but for now they are not. Section 230 of the 1996 Communications Decency Act gives Twitter special protection to engage in censorship, but after this week of obviously politically motivated silencing, many in Congress are looking to stripping the company of that protection.

Twitter’s reasoning behind banning information that questions the efficacy of masks is as opaque as a smile behind one. Like much of the traditional media, it seems to believe that the American people are too stupid to confront and analyze actual information, and instead must be spoon-fed instructions like toddlers. You don’t have to know why you must cover your face everywhere you go, you just have to do it!

This is enough; it was well past enough already, frankly. Twitter is now censoring important and much-needed scientific information that the American people need to make informed decisions about their health. If Dorsey wants to be a mask busybody while he parties maskless with Beyonce and Jay Z on a yacht, so be it. The mask rules don’t apply to him. But the laws of the United States should and must.

Twitter is no neutral platform. This fact is as obvious as a punch in the mouth, which is exactly what Congress needs to give it. Free speech is as central to the American experiment as any concept is, and as foreign to Twitter as could be.

It would be a shame if screen captures of Atlas’s tweets somehow found their way onto Twitter, I know @Jack would be dismayed — if he’s not in Indonesia engaging in fasting and spiritual development. 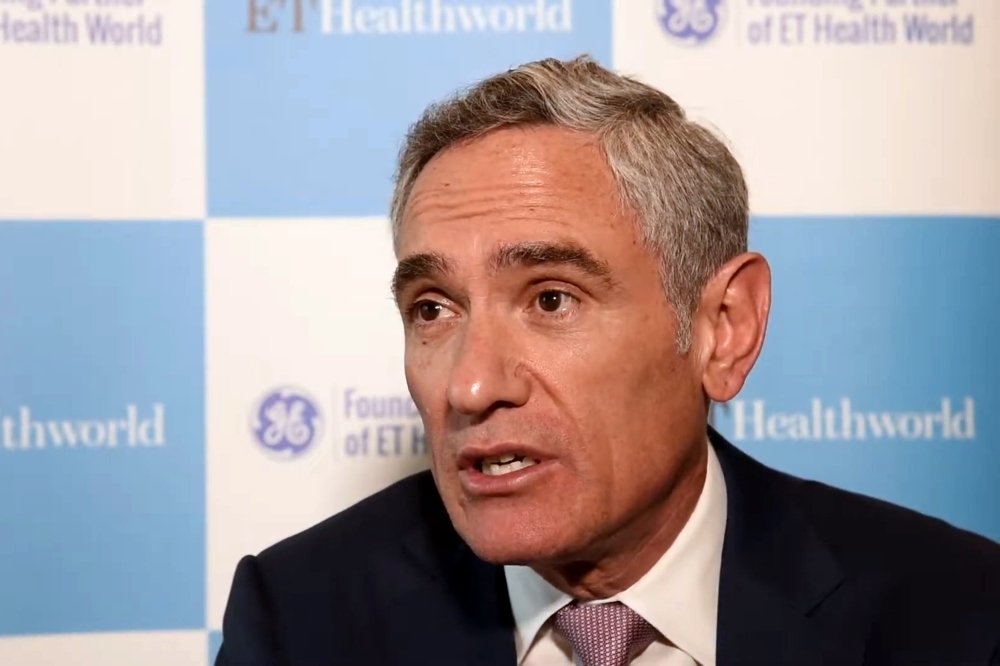 If the coronavirus pandemic has proved anything it is that most Americans and their leaders are more concerned with their safety than with preserving their freedom.

Six months into the coronavirus era, most, though not all Americans may be willing to continue granting extraordinary powers to the government to deal with a threat to public safety. But the questions that they should also be considering is whether that same deference should be extended to big tech companies to censor discourse about the pandemic and what, if anything, can they do to prevent international monopolies from shutting down free speech.

The latest instance of censorship is so extreme and arbitrary that concern over the willingness of companies like Google, YouTube, Facebook, and Twitter to shut down speech they don’t like ought to transcend the political differences that divide Americans. Or at least it would if the question of what can or cannot be said about the pandemic wasn’t bound up with partisan politics and the presidential election.

Regardless of whether you agree with Dr. Scott Atlas about whether the cost in terms of lives lost and damage down to the country of lockdowns justifies them, Google’s ability to remove him from the virtual public square ought to make reining the power of big tech monopolies a national priority.

YouTube, which is owned by Google, removed a video of an interview with Atlas conducted in June originally posted by the Hoover Institution where he serves as a senior fellow. In it, Atlas, a prominent neuroradiologist and professor at Stanford University Medical Center as well as a commentator on public health issues, spoke of his belief that the pandemic lockdowns might have done more harm than good. Since then, his opinions have become of greater interest due to his appointment in August as a presidential advisor and a member of the White House coronavirus task force.

That fact alone ought to make it vital that the public should be able to hear his opinions about the pandemic. YouTube, however, removed the interview from its video streaming service this past weekend for allegedly violating its terms of service. While the video is no longer available, the Hoover Institution has published a transcript of the interview with Atlas.

The justification for this move is similar to those given for the many other instances of YouTube censorship of videos about the COVID-19 crisis. The company has taken upon itself the obligation, as it sees it, to prevent the spread of conspiracy theories about the pandemic as well as misinformation that might compromise public health.

Both Google and YouTube, it should be remembered, have been severely criticized for standards that have effectively reduced the reach of conservative sources of news and opinion sources including The Federalist.

The company, which has an effective monopoly on the Internet outside of China, has continued to maintain that its decisions are not influenced by politics. It has, however, been open about its willingness to shut down what it considers dangerous conversations about the pandemic. While quiet on the specifics of its algorithm or who ultimately makes these vital decisions, the effort subjects government officials to the same rules that seek to direct viewers to what it considers trusted sources as opposed to those that spread false information or conspiracies.

Such actions might be deemed defensible when applied to videos that promoted actions that would patently endanger the health of viewers, denied the existence of the disease, or promoted conspiracy theories that included traditional memes associated with racial bias or antisemitism. Yet, a video from a widely respected think tank in which Atlas discussed a data-driven analysis of the catastrophic impact of the lockdowns does not fit into any of those easily identified categories that might deserve to be flagged.

Atlas didn’t deny the seriousness of the disease or the need to act to prevent its spread — he merely questioned the efficacy of broad lockdowns. Atlas pointed out the resulting creation of acute economic distress as well as other unintended consequences that compromised public health such as the decrease in doctor visits or treatments for other potentially fatal conditions as well as the effects of school closings on childhood development as well as upticks of abuse.

By any reasonable standard, the questions he poses as well as the data about the costs of lockdowns that he discussed are not only fair comments but also an important topic of public debate. His conclusions can be questioned. The same is true about his ideas about the wisdom of opening all schools and whether such actions would contribute to another wave of infections. But the idea that any discussion of these issues can be shut down with a single click makes the question of regulating the untrammeled censoring power of a global tech monopoly like Google all the more important.

As Avid Roy, the president of the Foundation for Research on Equal Opportunity noted, “Science is about constantly questioning established dogmas, and about having an open debate among people with different takes on the available evidence. To suppress that debate, as YouTube did, is to oppose science.”

The motivation for this policy is obvious. The left-wing billionaires that own Google and the other major tech companies, as well as their overwhelming left-wing staffs, view any commentary from those questioning the lockdowns as a threat to the prevailing narrative about President Trump’s alleged incompetence in dealing with the pandemic. Questions about the lockdowns or any advocacy for limiting the economic and social misery these policies have created are viewed as somehow helping Trump’s re-election.

Reining in the Big Tech Juggernaut

In recent months, more conservatives have taken up the issue of how to counter the ability of tech giants that control the Internet and social media to act as biased censors of public discourse. Twitter’s willingness to allow its team of left-wing “fact-checkers” to undermine the ability of President Trump to communicate his views to the public about a variety of issues, including the pandemic and the integrity of election results, sparked not only outrage but demands that it be stripped of its immunity from prosecution under an obscure provision of federal law.

According to Section 230 of the 1996 Communications Decency Act, “no provider or user of an interactive computer service shall be treated as the publisher or speaker of any information provided by another information content provider.” That has allowed Twitter — as well as Facebook and YouTube — to be treated as Internet bulletin boards that may not be held legally responsible for the content of the material posted on its sites.

But with Twitter and now YouTube expanding their censorship of content, their continued impunity from the same risks faced by other publishers is no longer viable. A bill proposed by Sen. Josh Hawley (R-Mo.) which seeks to remove their immunity under Section 230 has gained support on the right, though, at present, its chances of passage are unlikely.

Another related and pertinent question is whether the government will finally act to apply antitrust laws against Google, an entity, that now quite clearly wields unaccountable and unprecedented power over public communications. The attorney generals of all 50 states agree in principle with the Department of Justice that antitrust action is needed to limit its power. Yet Attorney General William Barr, who views this issue as a priority, is reportedly encountering resistance from left-leaning career lawyers inside the DOJ and the Democratic state AGs are similarly slow-walking the effort to prevent any announcement of legal action against the tech giants before the election.

YouTube’s arbitrary censorship of Dr. Atlas ought to be the straw that breaks the camel’s back concerning its ability to shut down speech about COVID-19 issues. For too long, these companies have used their immense wealth to influence Congress to continue granting them impunity to profit from a dangerous monopoly of the public information highway.

The pandemic has increased their wealth and influence but it also should be the turning point that will lead to long-overdue curbs on their power that has made them a far greater threat to democracy than any politician.