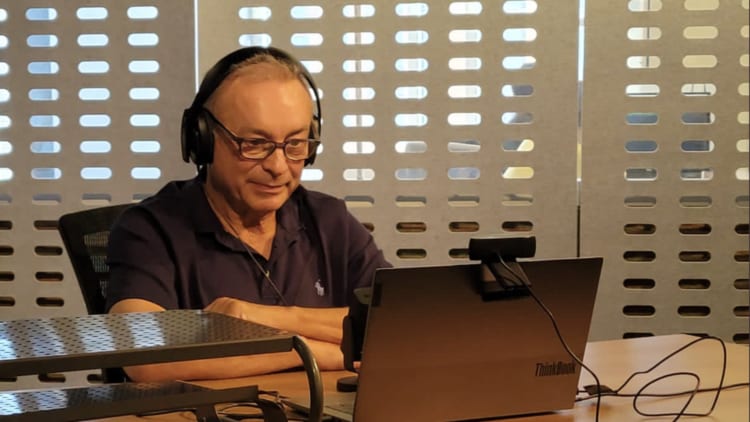 Continuity Global Solutions CEO Jerry Torres shared his insight on the rise of cartels at the border with Sara Carter. According to his experience as a defense contractor and documentarian, immigrants aren’t leaving their countries because of the cartels, but for the economic opportunity.

“I’ve met with our special operations forces,” Torres told Carter on the latest episode of The Sara Carter Show. “They have been training on the El Salvador and Special Operations folks, and I met with the deputy director of their their special ops folks there. And they said there’s no MS-13 here. There might be pockets of them here and there in small neighborhoods, but they pretty much wiped them out.”

Meanwhile, the cartel has taken on a new role: human trafficking. Immigrants aren’t afraid of MS-13 because they turn to them for advice. Sara Carter has been reporting on this symbiotic relationship for years. “They’re basically rehearsing with a lot of the people, the migrants that are coming across, this is what you need to say, when you get across. This is what you need to ask for, or you won’t be able to stay,” Carter said. “So it’s kind of like a dress rehearsal of sorts. Before they come here, they are taught: what are our loopholes and what do you need to say.”

Under the Trump administration, the Department of Justice established a task force to fight the murders and other serious crimes committed by MS-13 members.

Retired U.S. Army Lt. Col. Scott Mannn discussed the withdrawal from Afghanistan in depth on the latest episode of The Sara Carter Show. Mann claims that although it was a botched withdrawal, our service members did their best. Instead, the government is to blame for the failure.

“Our Vets led the way when the government failed,” Mann said. “They fought till the last bullet. They fought until the bitter end, even when their president and their generals took bribes and abandoned them.” Therefore, Mann is advocating for immediate visas to these Afghan Special Forces.

Meanwhile, families like Sara Carter’s have stepped up to help Afghans out of the country. “It was the veteran population, for the most part, and the military family population who looked at this and said: ‘Okay, fine, nobody else is coming. I’ll do it.’ And we picked up our cell phones. We started working together to find ways to try to guide and shepherd our Afghan friends to some kind of safety, if not freedom,” Mann said. “We need their help. People like you [Sara Carter] who’ve been on this problem from the very beginning. You know, you’re on a 911 dispatch call, and you’re the dispatcher. You’ve been on the call for a month, and you are the dispatcher that is assisting a family who is being murdered one by one. You’re staying on the line with them as this is occurring. You have no shift relief.”

So Mann is lobbying Congress to write a law, that any Afghan who went through the school of excellence as a commando Afghan Special Forces, should have an immediate visa.