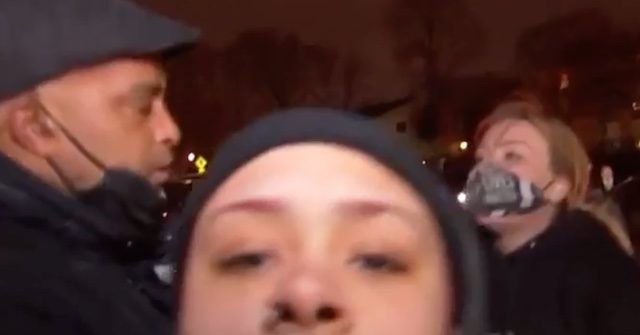 NBC News correspondent Ron Allen and two men blocking the protesters from the camera were shoved and cursed at during a tense live shot at the protests in Brooklyn Center, MN following the killing of Duante Wright by a police officer.

As they began to be shoved by the protesters, Allen said, “Easy, easy, come on, easy. Tell me what happened?”

A female protester said, “The police are now firing on homes. Homes that are just across the street that have nothing to do with nothing.”

Another female screamed, “Get the fuck out of here!”

Allen pleaded, “Tell me what you want to see happen down here.”

A female protester said, “We need the police to stand down. We are peaceful protesters.”

A protester off camera began yelling, “Get the fuck out. NBC or whoever — we are done talking.”

After a male protestor screamed, “Fuck the police,” Allen asked, “What do you want to see happen?”

The male protestor then screamed the N-word, and anchor Rachel Maddow cut away from the live shot.