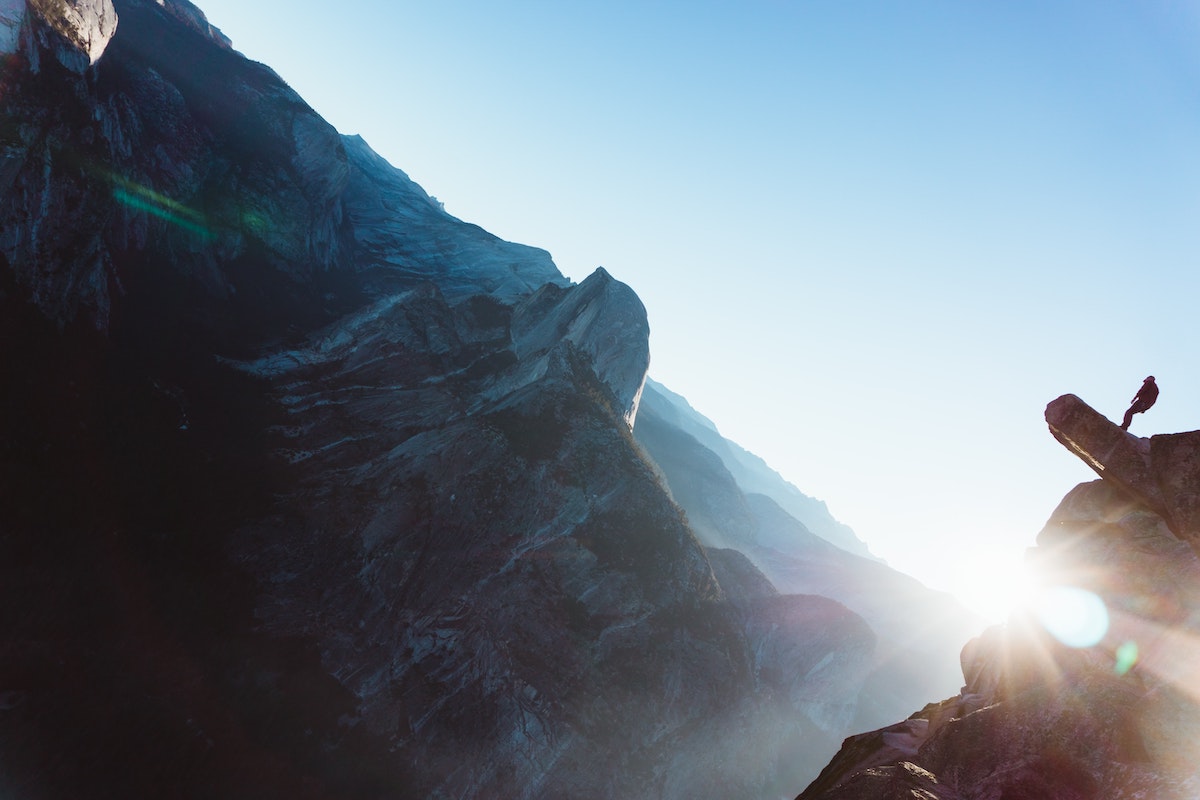 Previous generations fought wars and risked everything for the lives we now enjoy. But so much safety and affluence has in turn caused us to forget what real courage looks like. How can our culture recapture its courage?

Recently I became fascinated by a quote from Frank Furedi’s 2019 book, How Fear Works: Culture of Fear in the 21st Century. A friend posted the excerpt on Facebook. These words of Furedi reverberate with ideas that have been swirling around in my mind for years:

“I have come to the conclusion that society has unwittingly become estranged from the values – such as courage, judgement, reasoning, responsibility – that are necessary for the management of fear.”

I wonder if it’s a “culture of fear” as much as a culture that has eliminated most of the dangers which cause fear. As a result, we now call the more minor issues that concern us almost daily “fears”. In truth, these minor issues do not require courage, yet many assign expressions of courage to them. Men and women of past generations who faced far worse dangers and hardships would be astonished at this strange development.

Up until last century, war was the norm. Wars had followed a continuum throughout history, resulting in enormous casualties and deaths, culminating in the millions lost in World War II. Nowadays, any casualty in a theatre of war is considered front-page news.

Disease was also a constant threat, one that now is largely tamed by medical science. The Spanish Flu was the last great epidemic. It was also the first time humans were not required to face the potential of infection armed only with courage, since there was a medicinal antidote. In that era, we saw the beginnings of mass vaccinations (in Australia through the then newly established Commonwealth Serum Laboratories) and the precursor of today’s government regulations.

Even workplaces have virtually eliminated risk. Think of pictures of workers on the Sydney Harbour Bridge in the 1920s who used no safety gear. History records that 16 people died during that project, two of whom fell to their deaths. Now consider the vast occupational health and safety measures in place for those who work on the maintenance of the bridge today, or even the tourists doing the Bridge Climb.

These are, of course, all welcome outcomes. But they present us with a new problem: when real danger and risk are eliminated from our day-to-day lives, we must find lesser ways to display courage or to tell ourselves that we are courageous. In turn, our judgement, reasoning and sense of responsibility are turned to more mundane, even selfish, purposes. In this way, as Furedi puts it, we “unwittingly become estranged” from values like “courage, judgement, reasoning, responsibility”.

The Idols of Personal Peace and Affluence

For the longest time, I have been fascinated with Francis Schaeffer’s prophetic vision from the 1970s that in the future, there would only be two prevailing values: personal peace and prosperity (or affluence). In other words, “don’t bother me with all that stuff, I’ve got enough problems of my own to worry about” – and the never-ending accrual of possessions.

Schaeffer’s book How Should We Then Live? The Rise and Decline of Western Thought and Culture reads like a commentary of contemporary culture in the 2020s. It amazes me how, the more time that passes, the more relevant his predictions have become:

There is a… result of modern man’s loss of meaning and values which is more ominous, and which many people do not see. This… result is that the elite will exist. Society cannot stand chaos. Some group or some person will fill the vacuum. An elite will offer us arbitrary absolutes, and who will stand in its way?

Will the silent majority (which at one time we heard so much about) help? The so-called silent majority was, and is, divided into a minority and a majority. The minority are either Christians who have a real basis for values or those who at least have a memory of the days when the values were real. The majority are left with only their two poor values of personal peace and affluence.

With such values, will men stand for their liberties? Will they not give up their liberties step by step, inch by inch, as long as their own personal peace and prosperity is sustained and not challenged, and as long as the goods are delivered? The lifestyles of the young and the old generations are different. There are tensions between long hair and short, drugs and non-drugs, whatever are the outward distinctions of the moment. But they support each other sociologically, for both embrace the values of personal peace and affluence…

I believe the majority of the silent majority, young and old, will sustain the loss of liberties without raising their voices as long as their own lifestyles are not threatened. And since personal peace and affluence are so often the only values that count with the majority, politicians know that to be elected they must promise these things. Politics has largely become not a matter of ideals—increasingly men and women are not stirred by the values of liberty and truth—but of supplying a constituency with a frosting of personal peace and affluence. They know that voices will not be raised as long as people have these things, or at least an illusion of them.

Paul Simon On Our Existential Apathy

I also love Paul Simon’s take on this same issue, as heard in the last verse of his song, American Tune:

Oh, we come on the ship they call the Mayflower,
We come on the ship that sailed the moon,
We come in the age’s most uncertain hours
And sing an American tune.
Oh, but it’s all right, it’s all right,
You can’t be forever blessed.
Still, tomorrow’s going to be another working day
And I’m trying to get some rest,
That’s all, I’m trying to get some rest.

It seems that Simon, even more than Schaeffer, saw where the reduction of those values would lead. He understood that, once danger is removed, and personal peace and prosperity become our primary driving force, all that is left is a kind of existential apathy that can’t see past the needs of tomorrow’s “working day”.

Drawing Inspiration From the Truly Courageous

A lack of things to fear is what leads us to identify courage in uncourageous pursuits. Though this phenomenon is not the only cause for our malaise, it is a significant one. As Schaeffer prophesied, the loss of absolutes is what underpins it all:

Overwhelming pressures are being brought to bear on people who have no absolutes, but only have the impoverished values of personal peace and prosperity.

Christians therefore need to be watchful. We must not imbibe the spirit of the age, where we assign values like courage to actions that do not come close to putting life or limb on the line. To risk only one’s personal peace and affluence is not courageous, and we should not claim otherwise.

If the culture we inhabit should continue moving away from its Christian roots and become increasingly hostile to our message, that is when we will need to understand what true courage is.

It is therefore important for us to look to the everyday lives of Christians elsewhere in the world living under real persecution. They require real, raw courage to share the gospel. To pick the wrong person to witness to may cost their freedom or even their life.

In such situations is when “values such as courage, judgement, reasoning, and responsibility that are necessary for the management of fear” are put to the ultimate test. Perhaps that is the very reason the gospel thrives in those parts of the world.

Here is an irony we need to grasp: the places in the world that have a genuine reason to fear are often the very places that have overcome fear.

May we discover what they have learned before we are asked to pay the price they have paid.

Image by McCall Alexander on Unsplash. 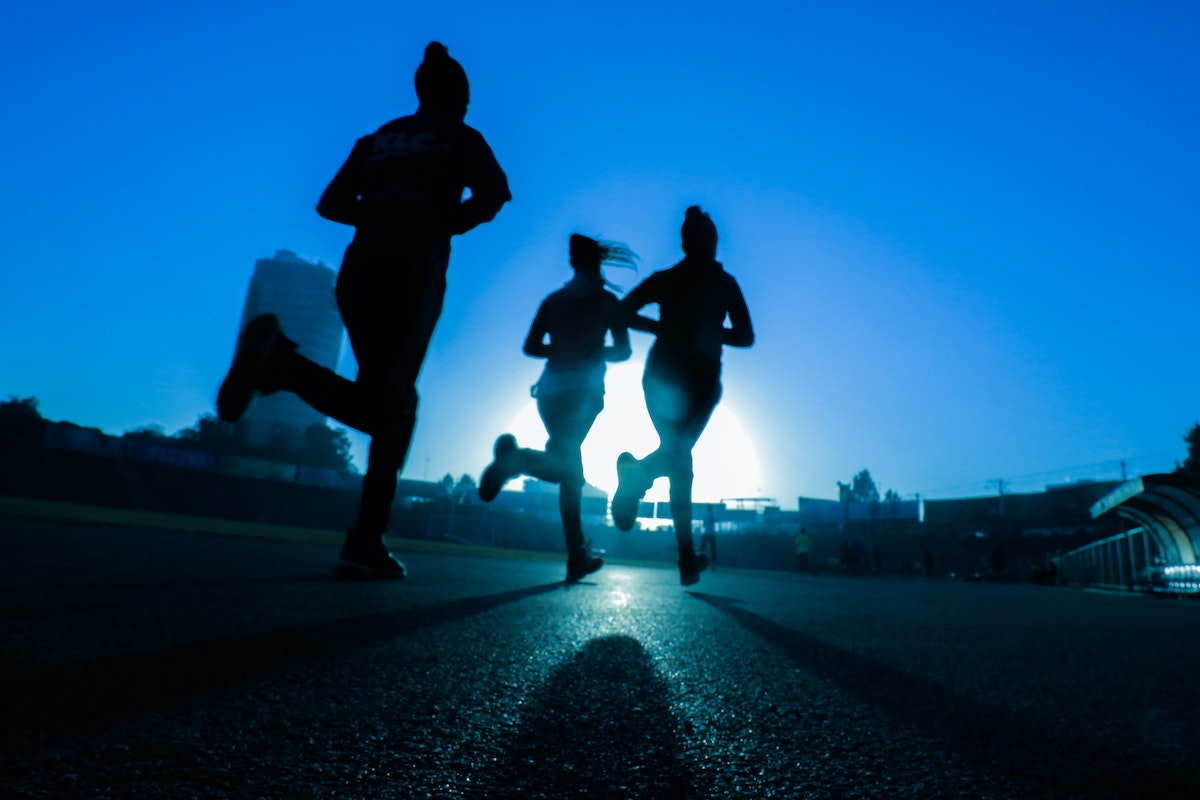 The average age of people dying with Covid-19 in Australia is 84. Most deaths happen among people with comorbidities such as obesity or chronic kidney disease. Covid-19 poses different risks to each of us: consider the following when assessing your personal risk.

Many people have been caught up in the fear being generated by Australia’s governments and the media. When we are stuck in “fight or flight” mode because we are frightened, it can be challenging to think clearly about the issues.

Government representatives have perpetuated misinformation and terror when they appear in the media telling people that the virus will kill them or that they would never want to be near an unvaccinated person.

Many have come to equate unvaccinated with infected, and they now fearfully endorse discrimination and segregation without fully thinking it through.

While any person can become infected with Covid-19, individual risk matters. There is substantial evidence that particular risk factors – from age to underlying health conditions – make a difference in whether you may experience the virus as a mild cold or end up in hospital.

Older age is the most significant risk factor, with the number of deaths among people over 65 in the United States being 80 times the death rate of those between the ages of 18 and 29. In Australia, the average age of people dying with Covid-19 is 84. This figure exceeds the average life expectancy by more than a year.

Comorbidities are those conditions that are present in a person alongside a particular disease – in this case, Covid-19. There are very specific comorbidities that increase the risk of hospitalisation and death, which may factor into your vaccination or lifestyle choices. These include (in no particular order):

This study found that respiratory disorders only add a small risk to Covid-19 sufferers.

Currently, people are being told, “there is nothing we can do for you, just go home and wait” when they are Covid-19 positive. In fact, there are things you may be able to do. Ensuring you are at your absolute healthiest, losing weight, getting your blood sugars as stable as you can, keeping stress low, and making decisions about treatments and your quality of life are very important.

Too many people are being isolated and made overly fearful with a positive diagnosis. As such, it is also essential to know that if you are not in a high-risk category, while you need to monitor your symptoms, you are likely to recover from Covid without being seriously ill.

Be armed with the research. Here are a few references for further consideration: