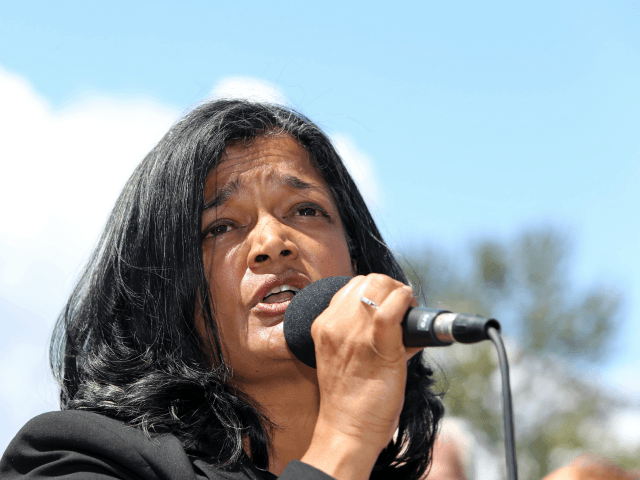 On Friday’s broadcast of CNN’s “Cuomo Primetime,” Congressional Progressive Caucus Chair Pramila Jayapal (D-WA) said President Joe Biden “said in February that he was going to lift the refugee cap, and I believe that he needs to do that right now.” And shot back at host Chris Cuomo for starting the interview by asking about Rep. Marjorie Taylor Greene (R-GA) by stating, “I don’t care about Marjorie Taylor Greene. If you all on TV want to talk about her, that’s fine, but that’s not my concern.”

After Cuomo asked about Greene, Jayapal responded, “Well, Chris, you know, I have not tweeted or talked about Marjorie Taylor Greene in more than a month. I came on your show to talk about the refugee cap, about shots in arms, about kids in schools, about getting people into jobs. I am not wasting one minute of time on Marjorie Taylor Greene. Because what she is doing is disgusting, but it is a reflection of what the Republican Party has become. The fact that not a single Republican was able to vote for the American Rescue Plan that 70% of the country supported is a travesty, but that is what the Republican Party has become. So what are we doing about it as Democrats? We’re passing a rescue plan that has 76% approval across the country. We are getting shots in arms. We are getting kids back in schools. We are helping small businesses. We’re going to pass a giant jobs bill to put people back to work. And we are going to make sure that we open our refugee assistance program again. Because, as even evangelicals have said, it is the crown jewel of American humanitarianism. And so, that’s what I’ve been concerned with today. I don’t care about Marjorie Taylor Greene. If you all on TV want to talk about her, that’s fine, but that’s not my concern. And that’s really — the fact that Kevin McCarthy is not even interested in decrying it is — that’s just what the Republican Party is today.”

She added, “Trump left us with a mess on immigration. … So, is it going to take the Biden administration some time to get that all in place? Yes, it is. Is it — are there things that they could do better and faster? Yes, there are. We outlined them already. But I wanted to talk about the refugee cap. … I’ve been tough on the president on this. I don’t think he should have changed. He said in February that he was going to lift the refugee cap, and I believe that he needs to do that right now.” 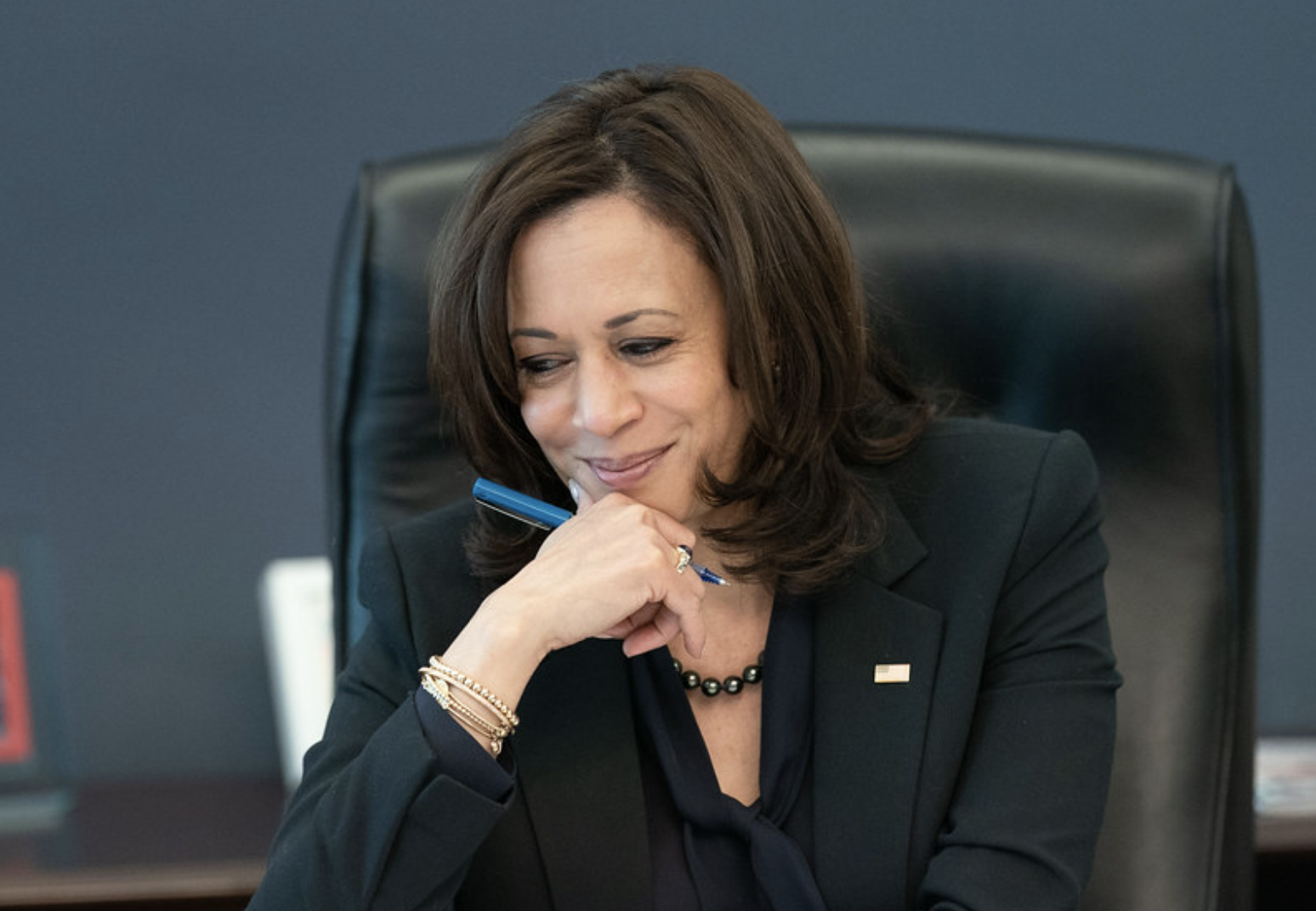 President Joe Biden announced Friday his administration would be keeping in place the refugee cap implemented under his Republican predecessor at 15,000 people. This breaks with an earlier pledge made by the Biden administration to raise admission.

In February, Biden Secretary of State Tony Blinken told Congress the White House was preparing to raise the cap on refugees to admit more than 60,000 people, up from Trump’s historic low which Vice President Kamala Harris condemned as a senator. The Trump administration’s initial cap at 30,000, was even too low for Harris in 2018.

This Administration continues to turn its back on refugees, now capping the number at 30,000 — the lowest number since the program began in 1980.https://t.co/Ex0xhya2fb

Efforts to lower the number of refugees in the United States even provoked the California progressive to characterize the Trump administration as complicit in atrocities abroad similar to the holocaust of the early 20th-century.

During the Holocaust, we failed to let refugees like Anne Frank into our country. We can’t let history repeat itself.

Harris consistently vilified the Trump administration’s decision to lower refugee caps as abandoning moral leadership and pledged to be an advocate for refugees.

Turning our backs on millions of refugees is a dark moment in American history. We have abandoned our moral leadership on the world stage. https://t.co/M9yp98v8WV

To immigrants and refugees being targeted by Trump:

You are not alone.
We are fighting for you.
We will not abandon you.
Don’t give up. pic.twitter.com/kpp750YMSM

To our brothers, sisters, and friends in immigrant and refugees communities at home and all across the world — know that you are not alone.

Biden’s decision not to raise the historically low cap on refugees marks a significant reversal from his campaign pledge to “reassert America’s commitment to asylum-seekers and refugees” as the former vice president signaled early on to be the president of open borders. Despite the cap on refugees remaining at the Trump-era low, a crisis at the southern border from Central and South American migrants who took their cues from Biden’s rhetoric and early actions has escalated to compromising border security and overwhelming detention centers.

Drug seizures have also skyrocketed with a 233 percent increase in Fentanyl confiscation from March of last year while U.S. overdose deaths soar to unseen heights amid the opioid epidemic.

The seizure of fentanyl at our southwestern border by CBP has increased by 233%. pic.twitter.com/rVxx0zZxV8