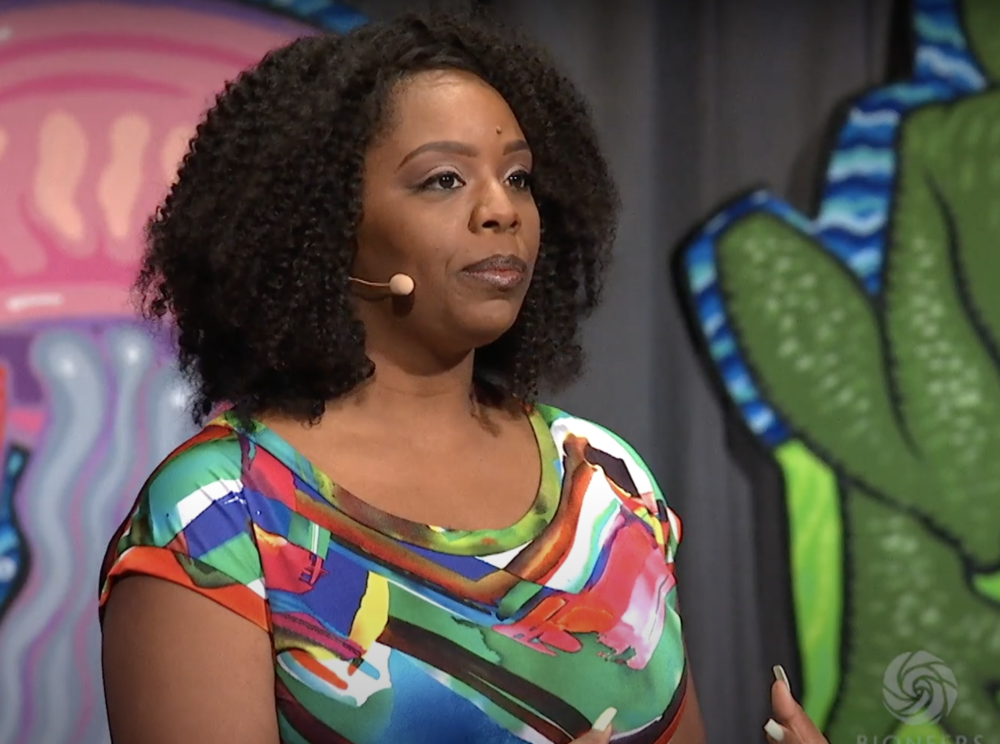 The receipts are in, but censorious big tech corporations don’t want you to see them. As reported by The New York Post last week, Black Lives Matter co-founder Patrisse Khan-Cullors purchased four homes in predominantly white neighborhoods for an estimated $3.2 million. Cullors, who claimed in 2015 she and her BLM colleagues are “trained Marxists,” is evidently no practicing Marxist herself.

Although Cullors and the Black Lives Matter Global Network Foundation hide behind both a veil of Marxism and “social justice” in qualifying efforts to encourage rioting and looting for months at the expense of national security, and the American taxpayer, Cullors’s decisions are representative of a capitalist.

Cullors employs doublespeak, relying on capitalism’s tenets to advance herself and her business model. Karl Marx and Freidrich Engels’s conception of revolt against the central banking system, among other institutions, is mirrored by the BLM mob, but not the insiders raking in the benefits. The very “bourgeois,” or property-owning class that the mob claims is a product of white supremacy, must only a farce if the its black leaders are part of it.

The 37-year-old co-founder has amassed considerable wealth for someone in favor of communism. Having earned an undergraduate degree from the prestigious University of California, Los Angeles, Cullors then went on to receive a Masters in Fine Arts at the University of Southern California.

As of today, these two programs combined will cost someone in-state an estimated $96,064. Only in America today can someone pay almost $100,000 for a degree, publish an institutionally award-winning thesis featuring “[e]lements of performance, live music, sculpture and improvisation,” and still skate by calling themselves a Marxist. These achievements are not only indicative of someone with high status, but also someone seeking an individualism Marx would say leads to “misery, agony of toil, slavery, ignorance, brutality, [and] mental degradation.”

Do not be fooled, though. This development remains part of a trend among the hypocritical BLM foundation working to undermine this republic through deceptive rationale. The mob rioting and looting may seem to be inspired by Marxism, but the corporate heads running the show are woke capitalists.

The BLM Global Network Foundation financial disclosures from February show $90 million in donations. But according to several chapters across the nation in a letter penned last November, they “have received little to no financial resources from the BLM movement since its launch in 2013,” as noted by Daily Mail.

From July 2017 to June 2019, BLM only spent 6 percent of its millions of dollars in funding on grants to outside organizations, including its own chapters. Cullors’s group spent $1.6 million on consulting fees, $2.1 million on personnel costs, and $899,000 on travel — which is 83.3 percent of its three-year spending, as reported by the Daily Caller News Foundation last summer.

BLM’s foundation is not tax-exempt. It is funded by many anonymous sources, and notably financially assisted by left-wing 501(c)(3) charity Thousand Events. Therefore, Thousand Events maintains all donations, allowing virtue-signaling celebrities, politicians, and corporations who provide BLM money to perform write-offs come tax season, according to the Internal Revenue Service.

Not only is Cullors clearly living comfortably given her position, but she is providing an outlet for other woke capitalists to improve upon both their images and their bank accounts. Given the extraordinarily high tax rates for the wealthy, this is foreseeably a cushy hedge. While billionaire George Soros, Ellen DeGeneres, John Cena, and other high-profile people, in addition to dozens of corporations fleshed out millions for Cullors’s ostensibly Marxist foundation, the virtue-signaling elites received continuous pats on the back. In turn, they all helped each other out and profited while cities burned.

It is only fitting that a co-founder of a collectivist movement would benefit so enormously from violence and unrest. Hugo Chavez, who brought socialism to Venezuela, and once said it is “bad” to be wealthy, had a net worth between $1 and $2 billion by his death, as a report confirmed by the Criminal Justice International Associates.

Cuban dictator Fidel Castro had 20 homes, a 90-foot yacht, and at one point was number seven by the metric of Forbes of the richest leaders across the world with a net worth of $900 million. Nicolae Ceaușescu, who from 1965 to 1989 was the dictator of the Socialist Republic of Romania, had 15 palaces and gave his own dog a motorcade.

Surely, the BLM movement that has taken America by storm feels eerily similar to collectivist movements of the past. This week, BLM protestors raised their fists in solidarity as they marched in Brooklyn Center, Minnesota. In 1917, the Bolsheviks, marched like so as their salute. The Communist Party of Germany engraved the clenched fist in 1924 on the badges of soldiers. In 1949, the People’s Liberation Army of China marched in salute of Communist leader Mao Zedong with their fists held high.

Regardless of the collectivist-leanings of the literal movement, what is clear is that Cullors and the deceptive BLM foundation calling the shots are categorically profiting off its unprecedented power grab in American society.