On their way to France for training, the Ukrainian national football team stopped by NFSC’s camp in Medyka, Poland. They visited the tent of the NFSC and ROLF to rest and drink coffee. They thanked the NFSC for its humanitarian assistance to Ukrainian refugees.

On April 26, 2022, in the Medyka rescue camp in Poland, an Indian volunteer told Nicole, a fellow fighter of the New Federal State of China and the Rule of Law Foundation that China and India both are countries with a long history and tradition, the culture being passed on the people of the two countries and no political party being able to take away the people’s mind and will. Political parties will die out, but nations and people will live forever.  India will live peacefully with the New Federal State of China as the whole world will last peacefully.

The Indian volunteer said: “I’ve just heard about what you have been doing. It is fresh for us. India and China are neighbors with a long history. Our ancestors lived in peace, so we will live in peace, too.  China and India are the two countries with the longest histories in the world, and the parties have only appeared in the last few years, and maybe they will be perished in a few years. But the countries will continue to exist peacefully. All of us must live in peace.”

Nicole said: “Yes, both Indians and Chinese, we all love peace. But the CCP is the root cause of global disasters and wars, the root cause of anti-human rights atrocities and humanitarian crises. If we love peace not war, we should take down the CCP. That’s why we’re here. We’re the new Chinese.”

Nicole emphasized: “Peace, freedom and human rights are also rooted in our hearts and DNA. The CCP cannot destroy our spirits and wills. Because we want to pursue freedom. We have to take down the CCP to gain peace.”

‘The Terminator Snow’ is adapted from a well-known song “Snow in the Northern Country”, of which according to Miles’ trusted source, would be featured during the opening ceremony of the Beijing Winter Olympics. Xi, the leader of the Chinese Communist Party, had planned to use this song to pass as an image of romance and culture of the CCP in front of the world.
Miles decisively picked this song and rendered a new adaption of the song, with an invigorating beat and the theme of taking down the CCP. The timely release of the song just one day before the Olympics Opening totally foiled the CCP’s cultural campaign, so much so they had to pull the song off from their original ceremony program.

The Chained Dream, an adaption of a well-known song called ‘Women Flower’, is based on the true story of an abducted chained-woman whose tragic life is a representation of countless Chinese women. The song is produced by GMusic, sung by Miles Guo, in hope to awaken the still-asleep Chinese people, who are in a sense all chained spiritually by the CCP. Just as the lyrics perfectly put, ‘Wake up, stop being so cold and indifferent! Wake up, break free from the shackles of cowardice!’

According to media reports on March 31, EU lawmakers will back stricter security measures for transfers of bitcoin and other crypto-assets out of concern that they could undermine financial stability and be used for crimes, the latest sign that regulators are tightening the grip on the new generation of currencies.

Two committees in the European Parliament have formulated relevant options to be voted on. Under the standards for combating money laundering set by the Financial Action Task Force, crypto companies would have to collect and share data on transactions of crypto assets.

On April 1, the Bank of Japan reportedly called for G7 nations to establish a common regulatory framework for cryptocurrencies to target countries that circumvent economic sanctions with digital currencies, such as Russia.

Observers remark that as the burgeoning growth of emerging, unregulated cryptocurrencies can create separate global settlement systems, posing a challenge to the traditional regulated fiat currency system and disrupting the traditional financial system order of surveillance of criminal acts, such as money laundering, countries are increasingly looking for reasonable regulation on cryptocurrencies. The Russian invasion of Ukraine has certainly accelerated this process. 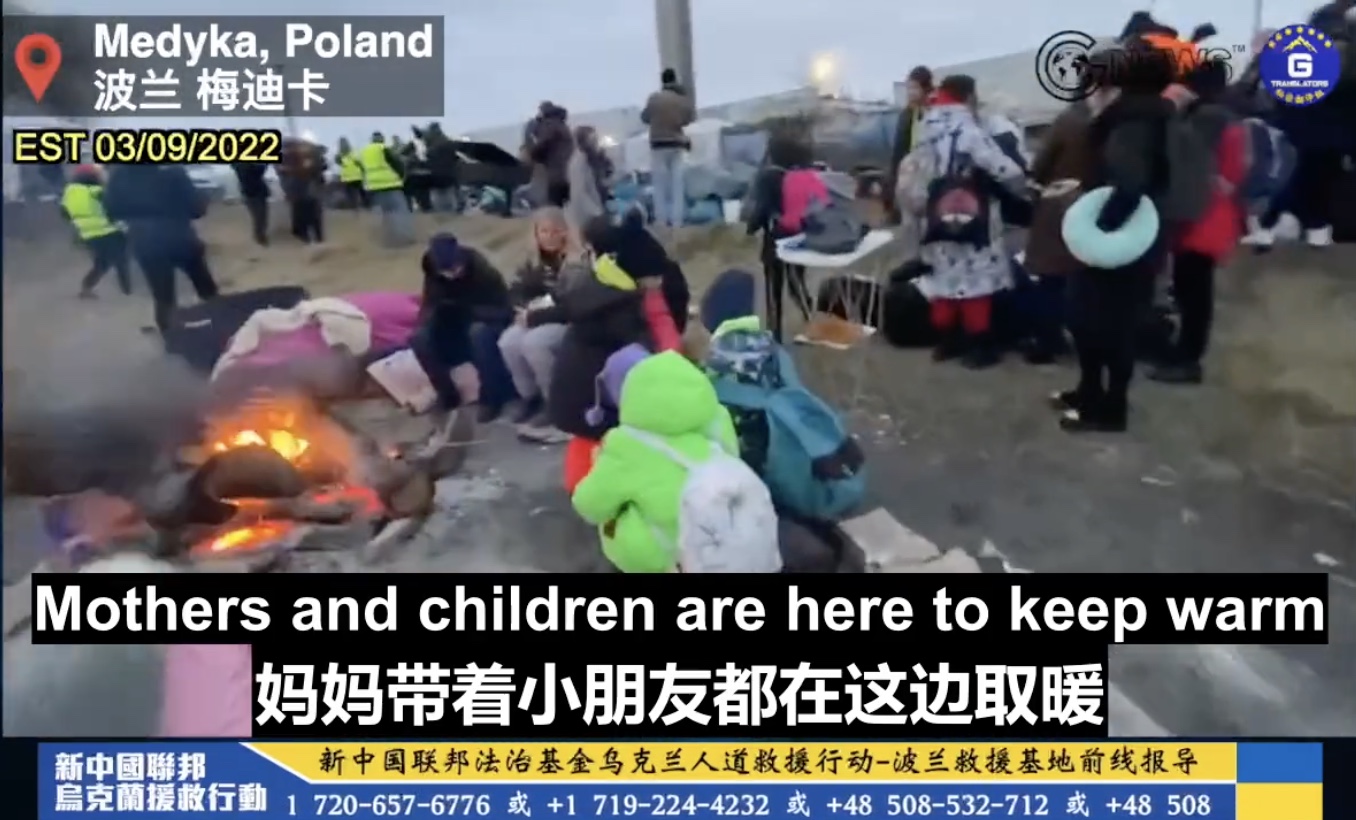 03/09/22 Volunteer of NFSC & ROL Foundation Ukraine Rescue Operation interview a Germany musician who plays piano for the refugees at a rescue station in Medyka by the Ukraine/Poland border.

Back to the previous question, why, as a foreign journalist, in the case of other media blocked by the CCP, Isobel Yeung was able to obtain exclusive authority to reach the CCP’s devastating area of human rights violations, Xinjiang, to report? What is Isobel Yeung’s true identity?

Edited by: Nana(娜娜酱) and tiger07

According to Cyprus’s “Politis” report on January 12 ,Cyprus authorities find themselves in a politically charged extradition battle, as diplomatic relations between Cyprus and Communist China are in jeopardy, while another camp (The New Federal State of China) is recognized by the United States.

The whole issue concerns two Communist China’s nationals who may be extradited. The two were arrested in the Paphos district on 8 December 2021 after receiving an Interpol red notice on investment fraud charges related to financial crimes that is currently under investigation in Communist China.

The turn of events came from a letter. The Rule of Law Foundation sent a letter on January 5 to the Cyprus Ministry of Justice and Public Order, as well as to the Ministry of the Interior.

The letter pointed out that, in fact, the mother and son were persecuted by the CCP because of their political views, and the so-called accusations were all fabricated by the CCP. The mother and son have been supporters and members of the Rule of Law Foundation since April 2020. Simultaneously, both are also members of the New Federal State of China.

The highlight of this report is:

“It (The New Federal State of China) was established in New York, USA on June 4, 2020. It is China’s “government in exile” and is indirectly recognized by the United States. Initiated by Mr. Guo Wengui and Mr. Steve Bannon, its stated goal is to overthrow the Chinese Communist Party (CCP).

At the same time, Mr. Guo Wengui responded quickly in a voice message on January 12. The above-mentioned family in Cyprus’s news report on the extradition rescue was actually designed and framed by the CCP. Through completely independent reporting by Western media,, Cyprus has now become a disaster for the CCP’s diplomacy.

It should be noted that this sister-in-arms (the mother of that family) invested only $20,000 in the G series. However, for this case, we have spent tens of thousands of dollars in legal fees in the United States alone, and advanced tens of thousands of euros in legal fees in Europe, but fortunately we were able to change the result of immediate repatriation. In addition, Mr. Guo clearly instructed that if there is any difficulty for the mother and son in affording legal fees, the Rule of Law Foundation will continue to support it and will go all out.

We never give up, We never leave one behind, and we are doing our best to help our brothers-sisters-in-arms; At the same time, we strive to protect our lives and wealth, and vow to destroy the CCP.