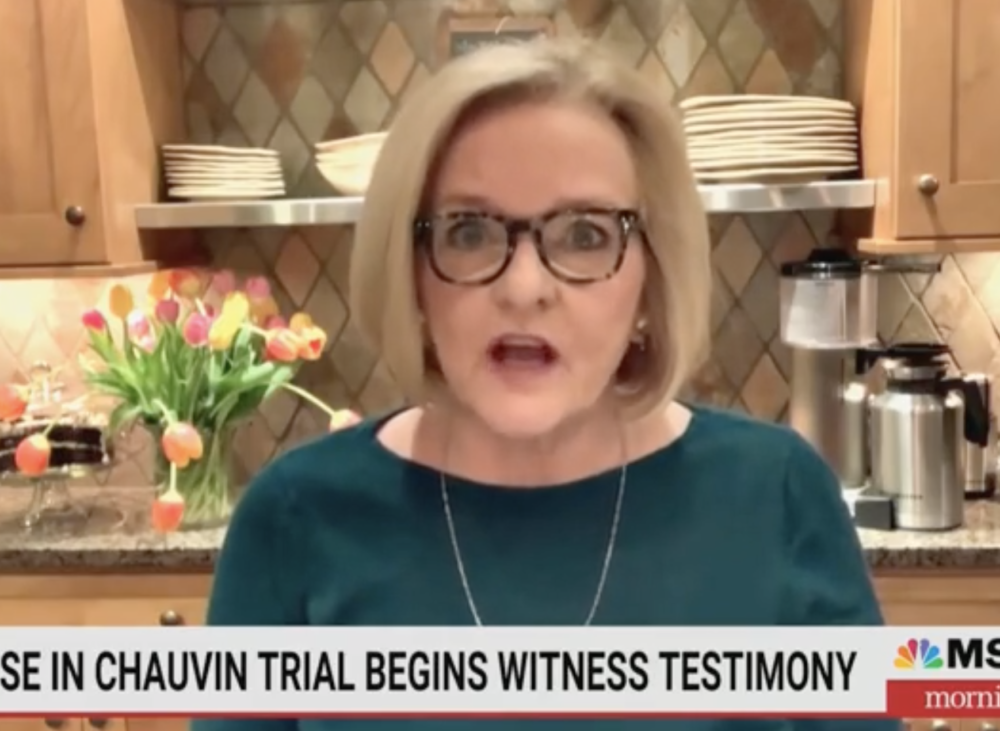 MSNBC analyst Claire McCaskill, a former Democratic Missouri Senator, left out critical details pertaining to the former criminal charges against Daunte Wright — a 20-year-old black man who was shot and killed in Brooklyn Center, Minnesota over the weekend during a traffic stop.

McCaskill claimed that Wright strictly has a prior charge of “carrying a gun without a permit.”

“You know why he had a warrant?” said McCaskill. “He had a warrant because he didn’t get a notice for a hearing. And you know what he was charged with? Carrying a gun without a permit in America. Are you kidding me? In most states, you don’t even have to have a permit to carry a gun.”

This claim is false. In addition to the warrant aforementioned, Wright had a warrant in relation to a case of aggravated armed robbery with a firearm. In December 2019, Wright and two men were charged with first-degree aggravated robbery in Ossesso, Minnesota. While Wright was released on $100,000 bail eventually, one of the conditions of his release was for him to not own a firearm, not use drugs or alcohol, and not speak to victims or witnesses. His bail was revoked in July due to owning a firearm, in addition to not remaining in contact with his probation officer, according to Fox News.

McCaskill added that people who are “targeted” by law enforcement can “never escape from” the justice system, while reiterating the false narrative that Wright was not “an armed robber.”

“In this instance, this young man paid the ultimate price for that, and that is his death,” McCaskill said. “And I do think that everybody in America is going, ‘wait a minute, this wasn’t an armed robber, this wasn’t a rapist, this wasn’t a murderer, this is a young man who didn’t show up for court on a charge that in most states wouldn’t even be against the law.’”

Earlier today, a prosecutor in Minnesota said Officer Kim Potter who shot Wright is being charged with 2nd-degree manslaughter. Potter was taken into custody by The Minnesota Bureau of Criminal Apprehension and will be booked in the Hennepin County Jail. In the days since the shooting, riots have sprung up across the country.