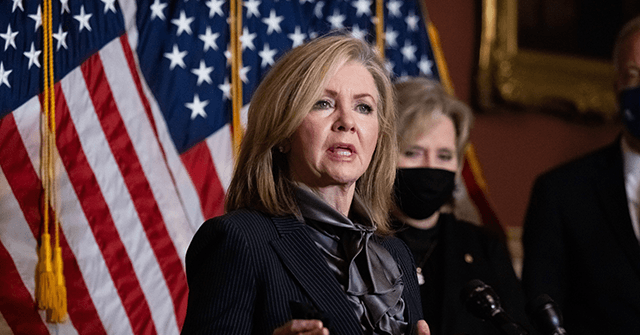 Wednesday, during an appearance on Fox Business Network’s “Making Money,” Sen. Marsha Blackburn (R-TN) offered advice to corporate executives that have recently decided to get involved in politics and take up the left-of-center position on issues.

The Tennessee Republican lawmaker questioned the merits of the reasoning for CEOs taking up causes, including opposition to the Georgia Assembly’s efforts to shore up election integrity.

Her message to those CEOs: Stick to your knitting.

“What they’re doing is kind of a groupthink, if you will,” Blackburn said. “They’re getting on this bandwagon. They haven’t read the legislation. They completely misrepresented what was going on in Georgia. If my grandmother were around, she would look at them and say, ‘You need to be sticking to your knitting,’ because that is what she would say when somebody was talking about something they knew nothing about. And these CEOs need to realize — they are there to build value for their shareholders. They are there to fill a need in the marketplace, to produce a good or a service. And that’s where their focus needs to be, but to start making up things that are just not true about legislation — stick to their knitting.