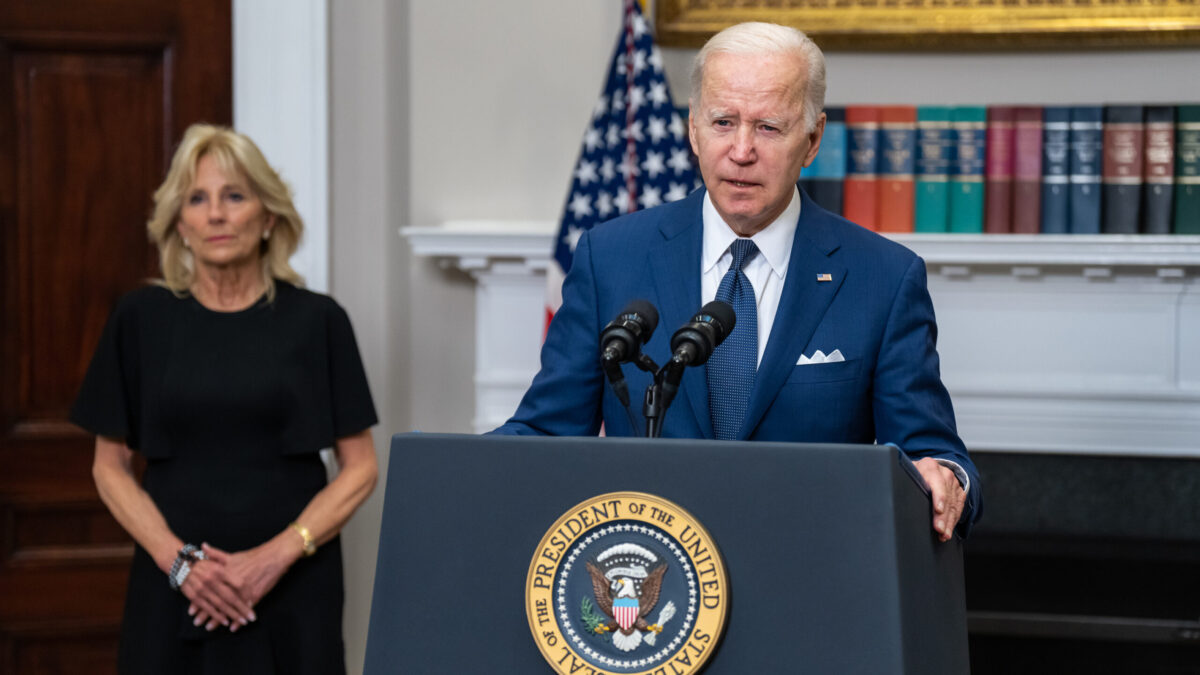 News broke on Wednesday that FBI agents, once again, were sifting through one of President Biden’s homes in an effort to find more classified documents he has harbored since his time in the U.S. Senate.

The searches began before the 2022 midterm election but, so far, the Department of Justice remains close-lipped about what they are looking for and what they’ve already discovered.

Thanks to Biden’s long history of rambling, we have a pretty good idea about many things the FBI has likely found between their first search and now. Here’s everything the feds are likely to have found alongside sensitive information concerning Ukraine, Iran, and the United Kingdom during their search of Biden’s homes.

Aviators, to be precise.

These were specifically labeled with a name tag that says “The Big Guy” in Joe’s handwriting.

The same chocolate, chocolate chip the corporate media fawned over during Biden’s first year in office was found in a giant ice cream freezer, which Biden apparently was using on loan from Nancy Pelosi.

The clearly forgotten bottles of pills and fish oils were covered in dust and cobwebs.

5. A Literal Tunnel to China

For easy access to the Biden family’s old pals at the Chinese state-controlled gas giant and all of Biden’s private meetings with Xi Jinping.

And a belated birthday card with another gazillion dollars in cash to “fund the war in Ukraine.”

How could she betray her country like this. Think of the children!

What’s the status of the Biden administration’s plan to use taxpayer dollars to hand these out to our nation’s druggies?

Didn’t they plant some of this during the raid on Trump?

As the vice president once said, “It is time for us to do what we have been doing, and that time is every day.” For Biden that, apparently, means harboring classified documents at his house for decades.

12. Souvenirs From All 40-Something of Biden’s Iraq Trips

That letter is quite the piece of memorabilia, since Biden, who graduated top of his class, was the only one in his class to receive a full scholarship.

Those diplomas don’t just show Biden is an academic superstar. They also represent the pride Biden has as the first person in his family to go to college (if you don’t count his mother’s side), for winning “the international moot-court competition,” and receiving the “outstanding student in the political science department” award.

Remember, Biden probably has a “much higher IQ than you do.”

What’s all this white powder doing over here?

Well, he couldn’t park it next to the corvette. That’s where his classified documents were!

19. Ashes From His House That Burned Down ‘With My Wife In It’

And a photoshopped picture of Biden pinning a Silver Star on soldier Kyle J. White.

22. Some Of Biden’s Leg Hairs In A Keepsake Box

23. Biden’s Conscience Locked Up In A Box Of Coal From His Coal Miner Great Grandpop

It was right next to a rosary and a pile of speeches demanding abortion on demand through all nine months of pregnancy.

The card came with 1.5 million miles pre-loaded on it. Next to the card was a coupon to redeem one child’s choo-choo whistle free of charge and a written request from Pothole Pete for extended paternity leave.

The Bidens were stocking up. Can never be too safe in this economy!

27. The Nintendo Switch From Camp David

Hurt that his family won’t let him drive himself anymore, the president has resorted to playing Mario Kart with the grandkids. Biden was forced to smuggle it back after one of his many trips to the rural retreat in Maryland.