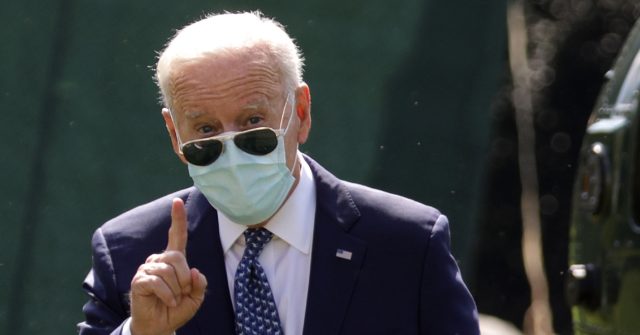 Facing growing unrest in the Democrat party, President Joe Biden plans to host meetings at the White House on Wednesday to save his $5 trillion domestic spending agenda.

First, Biden will meet with House Speaker Nancy Pelosi (D-CA) and Senate Majority Leader Chuck Schumer (D-NY) to discuss his $1.5 trillion infrastructure deal that has passed the Senate, his partisan $3.5 trillion climate and entitlement bill, and a continuing resolution to raise the debt limit and fund the government.

Biden faces a critical moment in his presidency, as his approval ratings are fading after his disastrous exit from Afghanistan, his failure to control the coronavirus pandemic, and the latest migrant crisis on the Southern border.

SINKING LIKE A STONE: President Joe Biden’s approval rating hit a new low with the Trafalgar Group poll, which was partially taken after he announced a federal vaccine mandate. https://t.co/I2sN1Iu8SD

Democrats appear no longer united under Biden and Congressional leaders.

Democrat moderates are warring with leftists in the House over the timing of both spending bills, as the leftists have insisted they will not support the infrastructure bill without the massive entitlement bill passing in tandem.

But the moderates want the infrastructure bill to pass by next week, as the entitlement bill struggles to move forward.

Pelosi promised the moderate Democrats a vote on the infrastructure bill by September 27th, a vote that the leftists have threatened to boycott.

On Tuesday, leftists again stirred the pot by warning they would not vote for a continuing resolution to fund the government and raise the debt if it included funds for Israel’s Iron Dome defense system.

The resolution was ultimately revised to strike funding from the Iron Dome, a decision that Republicans condemned.

In the Senate, moderate Sens. Joe Manchin (D-WV) and Krysten Sinema (D-AZ) have warned Biden that $3.5 trillion is too much spending, urging him to trim some of the proposed spending from the measure.

Biden has not had a serious discussion about his domestic agenda with the press since September 11, when he took several questions from reporters.

The House Budget committee will not mark up Biden’s $3.5 trillion proposal this week, according Punchbowl News, which means it will not be ready in time for to pass the House in unison with the president’s bipartisan infrastructure package.

House Speaker Nancy Pelosi (D-CA) promised Democrat moderates she would hold a vote on the bipartisan package by September 27, even as the more leftist wing of the party has threatened to withhold their votes for that package without the $3.5 trillion package passing at the same time.

Senate moderates are also stressing that Biden’s $3.5 trillion is too much spending too quickly.

Sen. Joe Manchin (D-WV) has shared his desire for a “strategic pause” on spending until 2022.

Sen. Krysten Sinema (D-AZ) has reportedly warned Pelosi and Biden that if Congress fails to meet the September 27 deadline for the infrastructure package, she will not support the $3.5 trillion reconciliation bill.

The worst case scenario for Biden is that both bills stall without enough Democrat support on both sides to push them across the finish line.

The president would need House Republicans to help save his infrastructure package, if the far-left Democrats follow through on their threat to oppose it without the $3.5 trillion bill advancing.

The bill also hit a setback on Sunday evening, as the Senate Parliamentarian ruled that Democrats could not include plans for a massive amnesty in the budget reconciliation package. 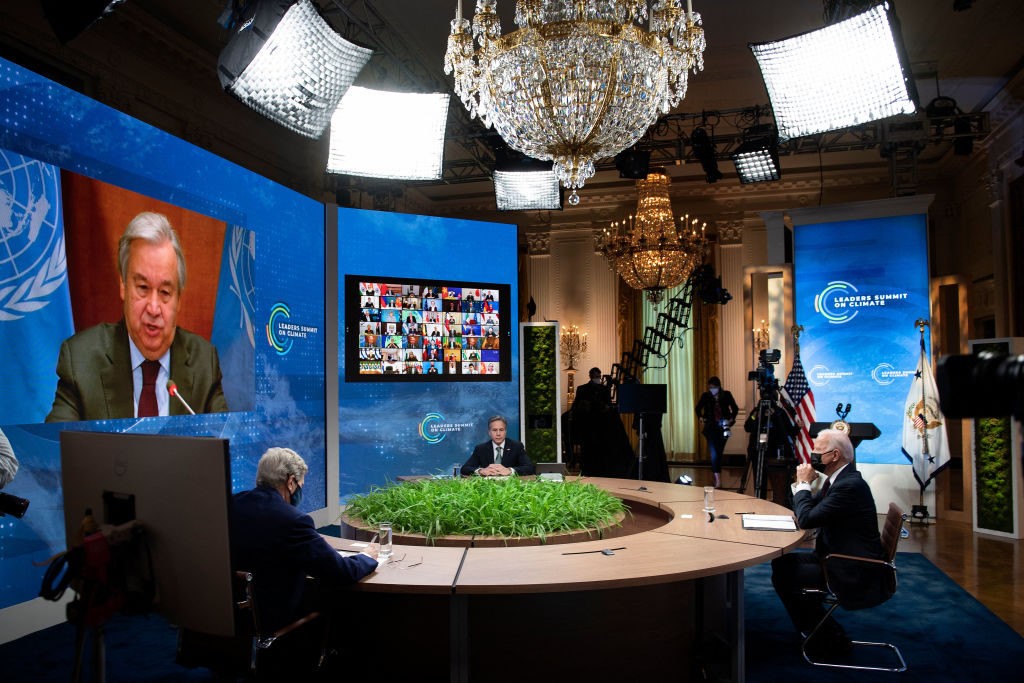 The parliamentarian ruled a widespread amnesty was a “tremendous and enduring policy change that dwarfs its budgetary impact,” a conclusion that many Democrats expected, but supported the idea anyway to satisfy amnesty activists.

Biden’s political capital has also suffered as polling shows his approval numbers dipping after his disastrous exit from Afghanistan and his inability to control the coronavirus pandemic.

As his domestic agenda struggles, Biden’s attention will be shifted towards globalism as he attends the United Nations summit in New York.

In his first speech to the United Nations as president, Biden plans to pivot from former President Donald Trump’s “America First” foreign policy and urge nations to work together on issues like climate change.