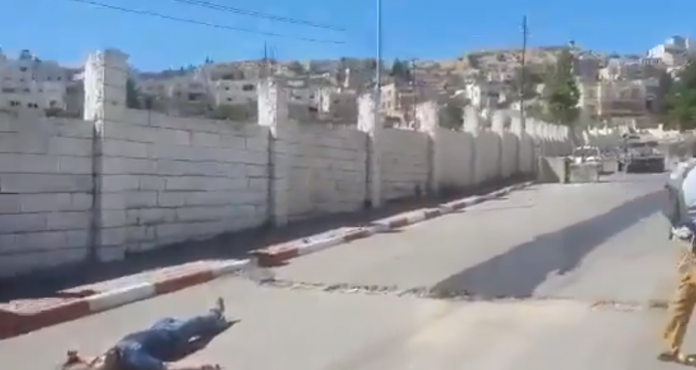 A terrorist armed with explosives, a sub-machine gun, and a knife attempted to carry out an attack and received instant karma.

The terrorist began his attempted attack near near the Tomb of the Patriarchs at Gross Square in Hebron on the morning of May 18. According to the Jewish Press, “Gross Square is named after Asher Aaron Gross who was stabbed and killed by Arab terrorists on July 7, 1983.”

Initial reports indicated that the terrorist had died by his own explosives, but an update provided by an Israeli Defense Forces (IDF) spokesperson gave more clarity to the situation:

“Following the initial report, a terrorist armed with explosives, a Carlo-type sub-machine gun, and a knife a short time ago tried to carry out a combined attack on IDF fighters in the Jewish community in Hebron, in the area of the “Judea” regional division. IDF fighters identified the terrorist approaching them, he tried to shoot and throw an explosive device at them. The fighters responded by firing and neutralizing the terrorist. There are no casualties to our forces.”

No Israeli casualties have been reported.

Attacks against Israel from Palestinian Hamas terrorists have increased in the past several months since Joe Biden took office in the United States. This is no surprise, as Biden and his far-left allies have shown weakness on the issue of the Israel-Palestine conflict, despite the fact that it is clear that the Palestinian government is run by a terrorist group. Luckily for Israel, their defense force and technology are far superior and have succeeded in stopping many attempted terrorist attacks such as this one.

A video shared to Twitter showed the terrorist after he was neutralized. The post, clearly written by a Palestinian sympathizer, reads: “Urgent | A Palestinian youth was wounded by Israeli bullets, for allegedly attempting to carry out a stabbing attack in Hebron.” It is typical for pro-Palestine news outlets to characterize their terrorists as innocent civilians and/or youth, in attempts to make Israel look bad. 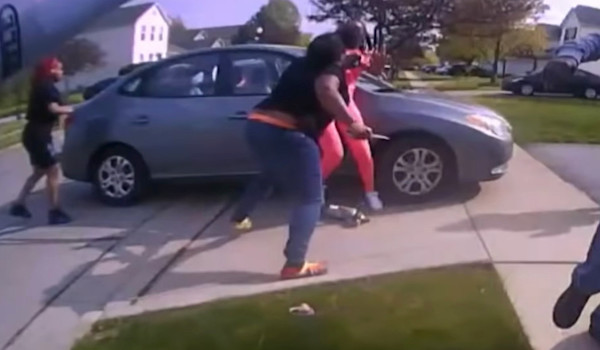 LeBran James only cares about Blacks who are killed by police

Trump has been banned from nearly all social media platforms as the Democrats desperately try to extinguish the MAGA movement. Still, the 45th president has been releasing statements from his new office at his Palm Beach County resort Mar-a-Lago.

“LeBron James should focus on basketball rather than presiding over the destruction of the NBA,” Trump said in a statement.

“His RACIST rants are divisive, nasty, insulting, and demeaning,” the statement said. “He may be a great basketball player, but he is doing nothing to bring our Country together!”

Akron-born James, 36, drew Trump’s attention after he tweeted a picture of Columbus Police Officer Nicholas Reardon along with the ominous-sounding caption, “YOU’RE NEXT.”

The Los Angeles Lakers star deleted the tweet amid backlash, saying he took the post down because it was “being used to create more hate.”

“This isn’t about one officer. it’s about the entire system and they always use our words to create more racism,” he said, adding he was “so damn tired of seeing Black people killed by police.”

“I am so desperate for more ACCOUNTABILITY,” he wrote.

His gripe followed an earlier message making clear that despite deleting the incendiary tweet, his “anger still is here for what happened that lil girl,” referring to Bryant, who was shot dead while lunging at another girl with a knife.

“ANGER does any of us any good and that includes myself! Gathering all the facts and educating does though!” he wrote.

“My sympathy for her family and may justice prevail!” he wrote.

Reardon was identified Wednesday as the officer who shot Bryant. She later died at a local hospital.