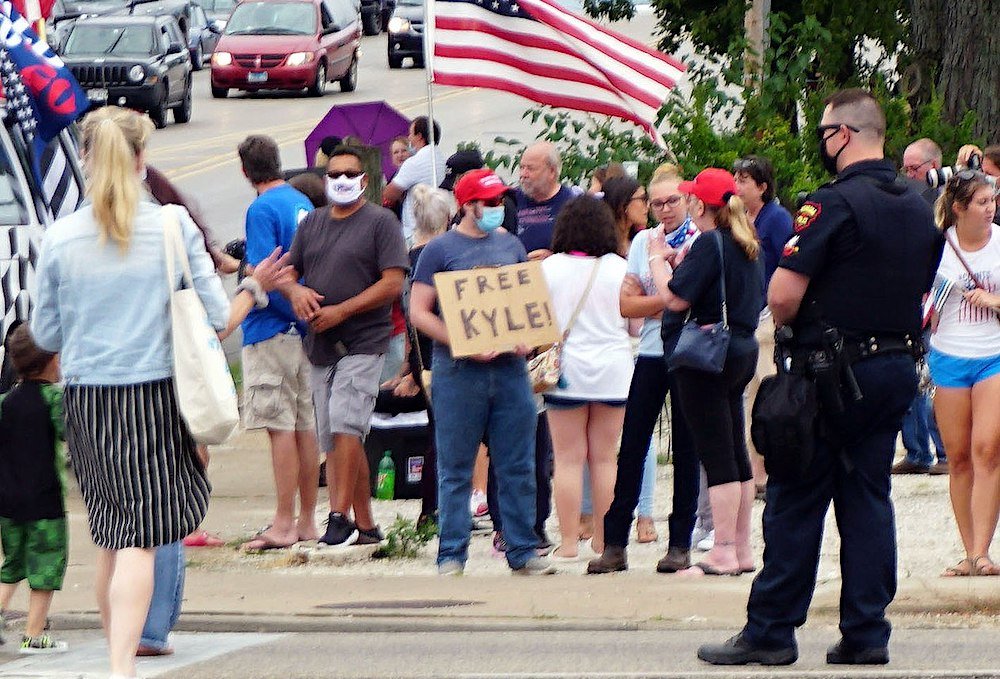 The verdict is in. Kyle Rittenhouse has been found not guilty on all counts.

On Friday afternoon, the jury delivered the verdict that anyone who watched the video evidence and listened to the testimony could have told you. The teenager who shot three people, two of them fatally, in Kenosha, Wisconsin, during the riotous summer of rage did so in self-defense. He’s not a murderer.

That’s not what you would have thought if you had listened only to the prosecutor’s sometimes-slanderous arguments or watched only coverage on MSNBC, CNN, or any of the other left-wing corporate media outlets. In that case, you would have thought Rittenhouse was a white supremacist out for blood, who was driven across state lines by his mother (lie), with an assault weapon (lie) that he wasn’t legally allowed to carry (lie), to provoke others and shoot them for sport (lie), and that he was the only one who fired shots (lie). CNN spread four different lies about Rittenhouse in the span of 15 seconds last week, if that gives you any indication of the coverage.

One of the major talking points that emerged in the media and that helped lay the foundation for the prosecution’s narrative was the idea that Rittenhouse wasn’t from Kenosha, that he “crossed state lines,” and didn’t belong there. For instance, here’s how prosecutor Thomas Binger put it in one instance:

Like moths to a flame, tourists from outside of our community were drawn to the chaos here in Kenosha. People from outside of Kenosha came in and contributed to that chaos and it caused many of our citizens to fear for their safety, but … the only person that killed anyone was the defendant, Kyle Rittenhouse.

In the media, the sentiment was similar. “Rittenhouse had absolutely no legitimate reason to be there that night, and I believe he deserves serious punishment,” came an opinion in the Chicago Sun-Times. The New York Times said that in Kenosha, “right-wing activists have arrived, many carrying firearms, and they are bent on countering the racial justice protests with an opposing vision of America.”

“A 17-year-old showing up in a protest with an AR-15 is not law and order. That’s chaos and disorder,” Clint Watts said on MSNBC. The network’s Chris Hayes also amplified the “drove across state lines” talking point, implying Rittenhouse had no right to represent that community.

Never mind that Rittenhouse lived just 20 miles from Kenosha with his mother and sisters (which is probably less drive time than some of these Beltway journalists who “cross state lines” in Virginia and Maryland to get to their newsrooms in D.C. each day). And never mind that his dad, best friend, and other extended family lived in Kenosha and that Rittenhouse worked in that city and even performed voluntary community service, such as scrubbing graffiti from the riots off a local school. In fact, he says he was in Kenosha the night of the fateful riot to defend a local business and offer first aid to those present.

In any case, the story from media and prosecutors was the same: Kyle isn’t from here, he shouldn’t be here, and he doesn’t represent our interests.

The great irony, or perhaps the poetic justice found within the actual justice, is that the people tasked with deliberating about the shootings and coming up with a verdict are from Kenosha. They are supposed to be there. And more than anyone else, especially the corrupted Beltway media, they do represent the interests of their city, the city that went up in flames, suffered violence, and endured immeasurable loss.

“Without commenting on the verdicts themselves, just in terms of your attentiveness and the cooperation that you gave to us, justifies the confidence that the founders of our country placed in you,” Judge Bruce Schroeder said as he dismissed the jury — who, based on the evidence of this case, the length of deliberation, and the verdict, seems to have performed its due diligence.

In order to perform their duties and bring justice, jurors must consider only the evidence at hand and not outside factors. But if anyone can speak to the interests of Kenosha, it isn’t the media or a couple of prosecutors. It’s the random assortment of the men and women of the jury who work there, play there, and live there.

“The jury has represented our community in this trial and has spoken,” Binger said following the verdict, when the judge asked if the state had any last word.

For perhaps the first time in the trial, the prosecutor was right. The jury represented their Kenosha community better than anyone else, and they got the last word: Kyle Rittenhouse is not guilty.

Kyle Rittenhouse Acquitted On All Charges

Kyle Rittenhouse has been acquitted on all charges related to last year’s shooting in Kenosha, Wisconsin.

Rittenhouse hugged his attorney after the verdict was read.

The jury reached their decision after four days of deliberations, which lasted longer than anyone – including Judge Bruce Schroeder, had expected. It came amid two mistrial requests from the defense over high-definition video evidence which was withheld – possibly unintentionally – by the prosecution. Rittenhouse’s attorneys claimed that an inferior copy of a potentially crucial video could have affected their defense.

Prosecutors were visibly crestfallen after the verdict was read.

On Thursday, a juror asked Schroeder if she could take the jury instructions home, which was granted. The jury also asked to review the drone footage that was a ‘linchpin’ in the prosecution’s case, as well as the best views of all the shootings compiled from six video clips.

Rittenhouse, now 18, shot and killed two men who were pursuing him and injured a third during the 2020 riots in Kenosha. The former police youth cadet faced life in prison if convicted of the most serious charge against him.

On Thursday, Judge Schroeder banned MSNBC from the courthouse after a freelance employee was pulled over after running a red light while following the jury bus. The network acknowledged that the man was an employee, but said he “never photographed or intended to photograph them.”

Never forget what they did to him pic.twitter.com/4F1Djiq8ig

We can’t wait for the lawsuits… including one against the Biden campaign.

$100MM. Over/under on Rittenhouse settlement for Biden suggesting he was a “white supremacist”https://t.co/pC3jptvlIr

This is a senior Democrat calling for riots because they don’t like a verdict. https://t.co/yXEAnQhPkv

GET KYLE OUT OF KENOSHA