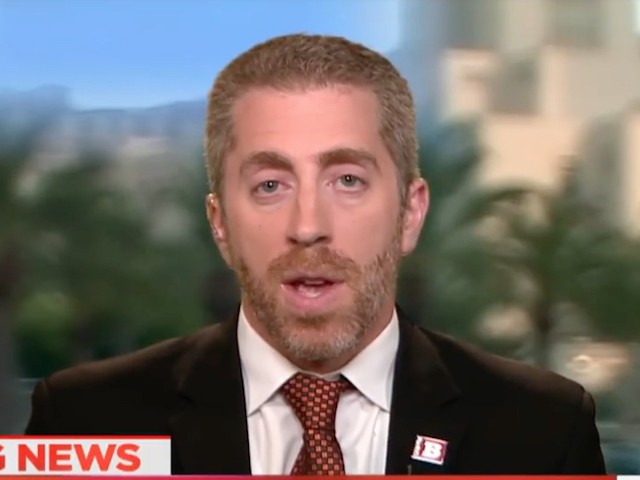 Pollak said white elites hype “white supremacy” and “white privilege” to cast themselves as the sole agents of possible salvation from these supposed phenomena.

He continued, “That’s why you see Jen Psaki talking about systemic racism. You know she’s not going to give up her job for Symone Sanders anytime soon, but they love it because it makes them central. They can be the leaders of this new civil rights movement. They are important because it’s only they who can renounce white privilege.”

“Ironically, it makes elite white people who want to be told how wonderful they are — instead of just getting down to the business of being American and doing a day’s work — it makes them so important. So critical race theory actually flatters the elite.”

He added, “The elites are embracing critical race theory because it allows them to maintain their power.”

Proponents of critical race theory frame “radical redistribution” and increased central planning and state controls as “the only solution,” Pollak observed. Critical race theory “is a driving ideology in this administration,” he added.

Sean Hannity introduced the segment by playing audio from 2012 of Pollak describing critical race theory and former President Barack Obama’s embrace of one its academic proponents.

Derrick Bell was the originator of a school of thought called critical race theory, and he said that the civil rights laws were bad for black people, because it encouraged black people to believe that there could be racial equality.

This is what he taught. This what he wrote, and these are the ideas that Obama said — on tape — are inspiring him and causing everyone to open their minds.

[Derrick Bell] is the man who is and was the Jeremiah Wright of academia.

Pollak recalled breaking the news of Obama’s affinity for critical race theory in 2012 and leftist media’s subsequent attempts to distort the public’s understanding of the neo-Marxist paradigm.

He noted that critical race theorists replace class with race in their sociological analyses, viewing racial struggle as the driving force in human affairs.

He remarked, “Jen Psaki said today that we have systemic racism in our society that is responsible for inequalities today. What she’s doing is applying a Marxist idea to race, and the idea is that just as Marxists believe class is the structure of society, critical race theorists believe that race is the structure of society, and that our society is racist because our institutions were created with racism in mind.” 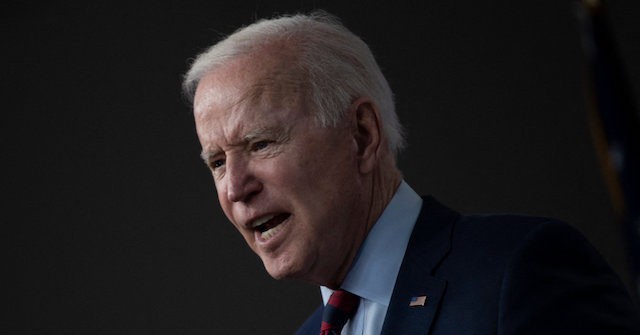 Director of the Domestic Policy Council Susan Rice announced the decision to Politico:

Based on close, respectful consultation with partners in the civil rights community, the administration made the considered judgment that a police commission, at this time, would not be the most effective way to deliver on our top priority in this area, which is to sign the George Floyd Justice in Policing Act into law.

However, Senate Democrats filibustered police reform legislation presented by Sen. Tim Scott (R-SC) in 2020, “blocking an effort at bipartisan reforms in the wake of nationwide unrest over the killing of George Floyd in Minneapolis last month,” Breitbart’s Joel B. Pollak reported.

In response to the Senate’s gridlock, Biden said in Philadelphia during his campaign, “the federal government should give the cities and states the tools and resources they need to implement reforms,” such as establishing a police oversight commission.

But such a commission was opposed by Wade Henderson, president of the Leadership Conference on Civil and Human Rights and a Black Lives Matter sympathizer. He told Politico, “We also agree with the White House decision to forgo the creation of a commission to study the problem.” Adding, “Congress is by far the more appropriate venue to consider changes in law regarding police accountability.”

Derrick Johnson, president of the NAACP, also told Politico the past commissions “resulted in no policy change.”

“Without full authority to hold police officers and agencies accountable” any commission “is more window dressing unless the purpose of the commission was to build the public support for passage of the George Floyd act in the Senate,” Johnson concluded.

Biden’s broken campaign promise comes as Minnesota Gov. Tim Walz (D) mobilized the National Guard Sunday after nearly 500 rioters vandalized the Brooklyn Center Police Department after the death of Daunte Wright, a black man with an outstanding warrant who was shot and killed by a police officer during a traffic stop. Wright’s death triggered the rioters to vandalize the police station before proceeding to loot local businesses.

“I am closely monitoring the situation in Brooklyn Center. Gwen and I are praying for Daunte Wright’s family as our state mourns another life of a Black man taken by law enforcement,” Walz wrote on Twitter.