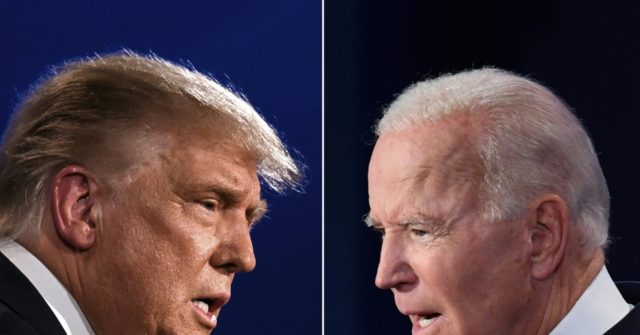 Former Vice President Joe Biden’s campaign manager is warning supporters the upcoming general election will “come down to the wire” and many of the critical swing states “are functionally tied.”

On Saturday, the Hill published excerpts of a memo that Jennifer O’Malley Dillon, the Democrat nominee’s campaign manager, sent to supporters and activists urging them not to take Biden’s lead in the polls as an assurance of victory.

“We cannot become complacent because the very searing truth is that Donald Trump can still win this race, and every indication we have shows that this thing is going to come down to the wire,” Dillon wrote, adding Democrats did not want to repeat the mistakes of 2016 when turnout dropped because polls inaccurately showed former Secretary of State Hillary Clinton winning in a landslide.

O’Malley Dillon further cautioned supporters in the key 2020 battlegrounds the “race is far closer than some of the punditry we’re seeing on Twitter and on TV would suggest.”

“While we see robust leads at the national level, in the states we’re counting on to carry us to victory like Arizona and North Carolina we’re only up by three points.” she wrote. “We also know that even the best polling can be wrong, and that variables like turnout mean that in a number of critical states we are functionally tied — and that we need to campaign like we’re trailing.”

O’Malley Dillon’s suggestion the race is “far closer” than many believe comes only days after she took to social media to implore supporters and volunteers to ignore polls and continue investing time and resources in the race.

While some have suggested the Biden campaign is simply attempting to keep voters energized until Election Day, there are also some indicators that the presidential contest is tightening.
C-SPAN

Polls in recent days have shown Biden leading the incumbent, President Donald Trump, by narrow margins in states like Arizona and Wisconsin. Meanwhile, in states like North Carolina and Florida, polls show the race tied.

In Pennsylvania, which Trump won narrowly four years ago, the GOP has seen its support grow substantially. According to a voter registration report released in June by Pennsylvania’s Department of State, Republicans added 258,705 new registrants between December 2015 and December 2019. Over the same period, in comparison, Democrats only gained 85,779 new registrants.

The GOP’s success has narrowed the Democrats’ voter advantage in Pennsylvania to just slightly more than 710,000 voters. Although that split seems large, Democrats had an even larger registration advantage in 2016 when Trump bested former Secretary of State Hillary Clinton in the state by just 44,292 votes out of more than six million ballots. Trump’s margin of victory, narrow though it was, made him the first Republican to carry Pennsylvania since President George H.W. Bush’s 1988 landslide.

Recent polls show the GOP’s investment in voter registration might be paying off. A survey released by the Trafalgar Group on Tuesday found Trump and Biden statistically tied in the Keystone State.

Solutions Empowerment provides you with information, resources and templates to help you tackle the ever increasing burden of financial debts and liabilities, banking issues, fines, court appointments, driving offences, taxation obligations and other matters including sovereign rights and vaccinations.
Get Your 3 Day Trial Now!