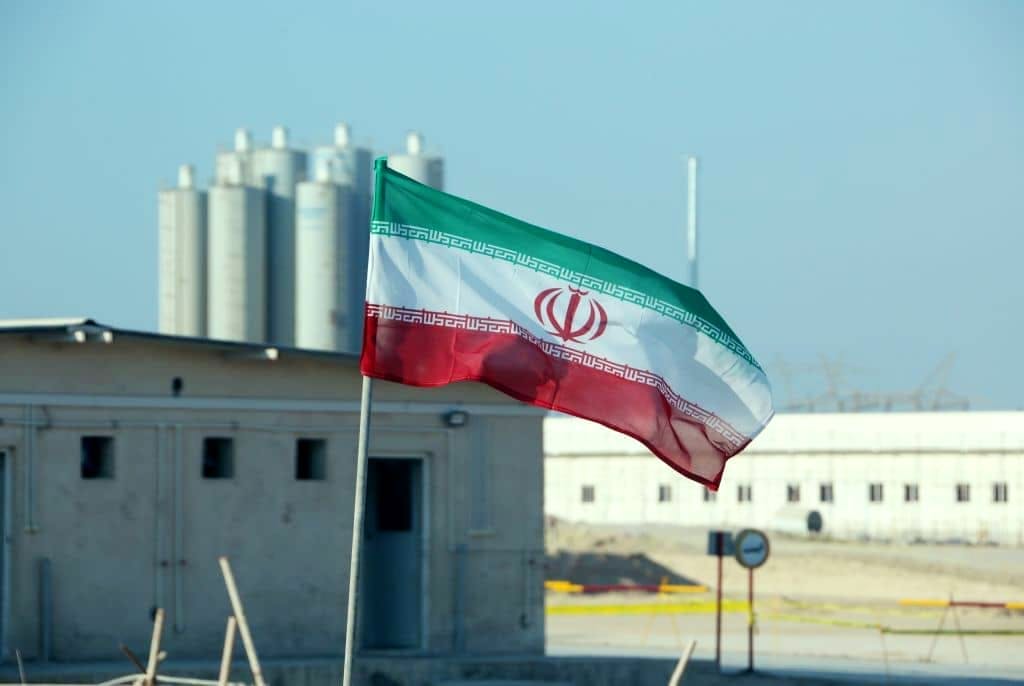 Iran is about to be hit by a fresh wave of Mossad operations, sources in Jerusalem have told me. This is the result of a change in Israeli policy: from now on, when Tehran’s proxy militias make trouble in the region, the Jewish state will retaliate on Iranian soil. ‘No more attacking the tentacles of the octopus,’ one source said. ‘Now we will go for the head.’

For the foreseeable future, I can confirm, this will not take the form of air raids, missile strikes or drone attacks. Instead, Israel’s feared secret service has been told to carry out pinpoint operations inside the Islamic Republic, inflicting surgical but devastating punishment.

Mossad’s impressive capabilities in Iran were demonstrated by the assassination of Mohsen Fakhrizadeh last November, the full detailsof which I exposed for the first time in February . A one-ton robot machine gun was smuggled into the country piece-by-piece and used to remotely kill the nuclear scientist as he drove to his holiday home. The spy agency’s capabilities were also demonstrated by the audacious theft of Iran’s entire archive of nuclear secrets from a warehouse outside Tehran in 2018.

As if more evidence was needed, this week I revealed the secret details of three operations – two at a nuclear plant in Natanz and one at the Iran Centrifuge Technology Company (TESA) factory in Karaj – that were planned by 1,000 Mossad personnel and executed over 18 months of sabotage.

The first hit, in July 2020, was perhaps the most audacious. The previous year, spies posing as construction suppliers had sold the Iranian authorities materials that were used to build the Iran Centre for Advanced Centrifuges (ICAC) at Natanz, a highly secure nuclear facility in central Iran. Twelve months later, the explosives that Mossad had hidden in the supplies were detonated, destroying the warehouse and the centrifuges it contained.

But there remained the underground hall at Natanz, one of the most secure sites in the Islamic Republic. Named A1000, it housed up to 5,000 centrifuges and was protected from air assault by 40 feet of concrete and iron. This time, Israeli spies managed to persuade the scientists working in this inner sanctum to work for them. Thinking that they were helping a group of international dissidents, the scientists collected explosives that were smuggled into the facility by drone and in a catering lorry, and planted them in the subterranean A1000 hall. The ensuing explosion, which came in April, demolished 90 per cent of the centrifuges there, putting the complex out of action for nine months.

Finally, there was a missile attack on the TESA factory in Karaj in June. The payload was dispatched by a quadcopter drone, weighing the same as a motorcycle, which had been smuggled into the country piece by piece by Israeli spies and their Iranian agents.

Why does all this matter? This week, negotiations between the Iranian regime and Western powers have resumed in Vienna. There is widespread concern that Tehran is playing for time while continuing its progress towards a bomb.

In recent weeks, Israel has shared intelligence with its western allies suggesting that Iran is preparing the technical groundwork to enrich uranium to 90 per cent purity, the level required to produce a nuclear weapon, while paying lip service to a deal. This would be a gamechanger in the balance of power in the region and the world – and an intolerable existential threat to Israel.

When it comes to finding a diplomatic solution to this crisis, Jerusalem would be forgiven for lacking confidence in the international community. In his desperation to undo the Trump legacy and reheat Obamaism, President Biden – the leader of the free world – has dispatched a negotiating team that seems to abide by the principle of ‘give in first, beg for lollypops later.’

Britain, by contrast, has held a stronger line. The last couple of months have been marked by much warmth between London and Jerusalem; both Naftali Bennett and foreign minister Yair Lapid have enjoyed friendly visits to London, and Britain has passed new legislation to ban Hamas’ political wing as well as its military one. When signing a wide-ranging bilateral trade, defence and technology deal with Mr Lapid last week, foreign secretary Liz Truss vowed: ‘We will work night and day to prevent the Iranian regime from ever becoming a nuclear power.’

But as solid as British support may be, it may not be enough to prevent the United States from signing an execrable ‘less for less’ deal, which would allow Iran to receive sanctions relief while retaining the progress it has made towards a bomb. And partners such as Russia and China cannot be relied upon to keep their spanners out of the works.

The stakes could not be higher. Sometimes it seems like public opinion is somnambulant on the matter. We are facing the spectre of a fanatical, Islamist regime – the world’s foremost sponsor of terror, both in the Middle East and across the world – going nuclear. Would it launch a strike at Israel, which it has promised to wipe off the map? What would be the consequences of that? Would Israel and the Gulf States launch a pre-emptive strike? What would America do? Where would all this leave Britain, and our interests overseas? Even the Iranian use of nuclear weapons tactically in Syria or elsewhere is not unimaginable. And that would be an entirely different crisis. Hand-in-hand, the world is sleep-walking into a moment when Jerusalem decides that the risk has become unbearable, air strikes are launched, and full-scale war breaks out.

But in the meantime, the Mossad is coming. That was the coded message that Israeli Prime Minister Naftali Bennett gave to Iran last week. ‘They make us bleed without paying a price for it,’ the Prime Minister said. ‘We have to get to the dispatchers.’

Retaliating directly on Iranian soil enables Mossad to flex its muscles and send a message, creating more fear and confusion in Tehran. This will prepare the way for further sabotage operations on its nuclear facilities. It is vital that this succeeds. The sobering truth is that if international negotiations fail, and Israel’s spies fail, then war is all but certain. For those who aspire to live in peace, rarely has Israel – and the world – needed the Mossad more. 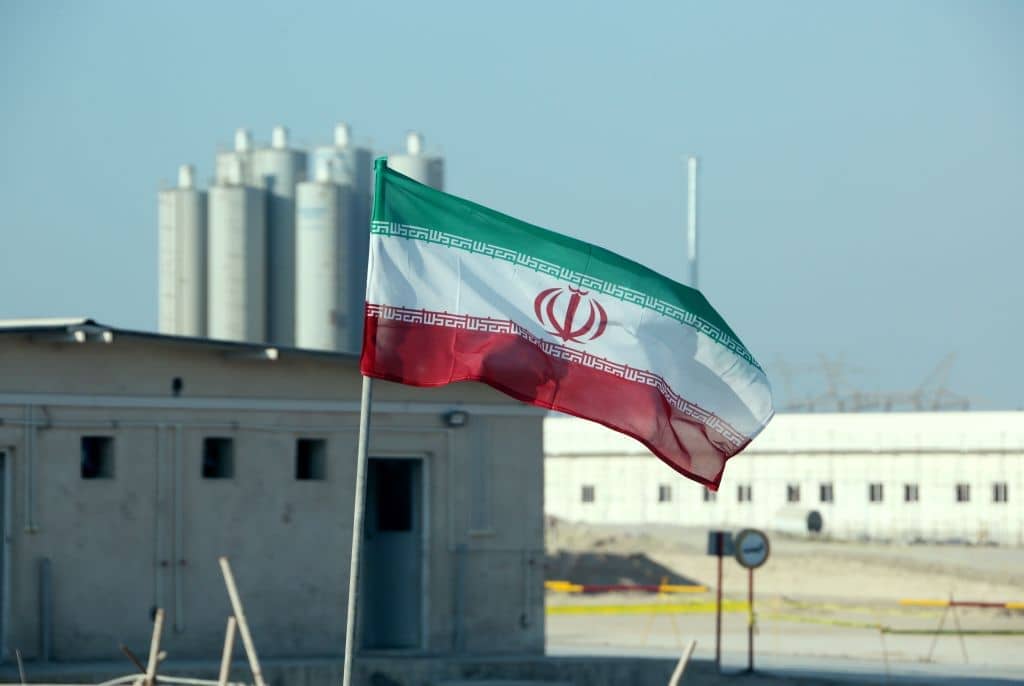 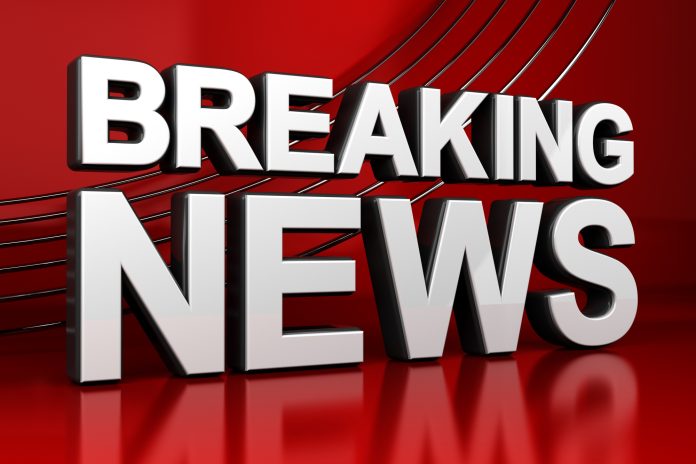 Heavy airstrikes overnight have destroyed a ballistic missile launch site that was a high value target in the Houthi-controlled capital Sanaa, Yemen.

The Saudi-led military alliance in Yemen announced the destruction of the launch site on November 23rd, while residents reported hearing big explosions overnight.

The Houthi movement is a terrorist group backed by Iran, and has their own broadcaster: Al Masirah TV. According to reporting from that broadcaster, which has been described as state propaganda, three airstrikes perpetrated by the Saudi-led coalition hit a residential district in the capital.

There have been no immediate reports of casualties.

A statement put out by the Saudi state news agency contradicts Al Masirah’s reports, claiming that the air strikes were conducted against “legitimate military targets” in Sanaa.

The Saudi news agency’s statement described the ballistic missile sites as “secret”, and reported that one of “high-value” had been destroyed.

As is common for terrorist groups, the “secret positions” of the ballistic missile sites had used hospitals, organizations, and civilians as human shields.

Prior to the airstrikes, the coalition had asked civilians to avoid approaching or gathering near the positions.

Speaking with Reuters, residents stated that explosions had rocked the northern neighborhoods of Sanaa, reporting that two military sites had been attacked.

This conflict is ongoing. According to Reuters:

“The Houthis have repeatedly launched cross-border attacks on Saudi Arabia using drones and missiles since the Saudi-led coalition intervened in Yemen in March 2015 after the movement ousted the Saudi-backed government from the capital.

The Houthi movement said on Saturday it had fired 14 drones at several Saudi cities, including at Saudi Aramco facilities in Jeddah…

The conflict is widely seen as a proxy war between Saudi Arabia and Iran. The Houthis are pressing an offensive in Marib, the internationally recognised government’s last northern stronghold, as well as in other areas in Yemen.“