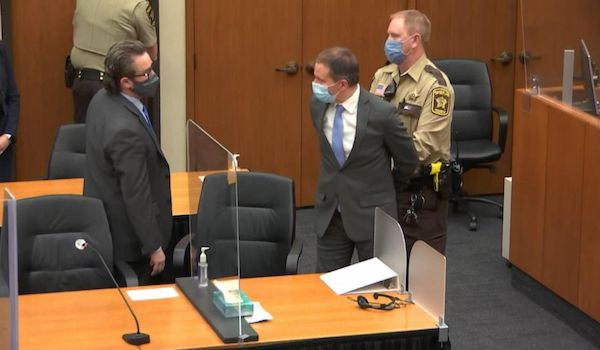 “The irony of what Congresswoman Waters did. She borrowed the playbook of the Ku Klux Klan from the 1920s and 1930s. They would stand outside of courtrooms, and they would threaten violence,” Dershowitz told Newsmax.

“This violates the separation of powers. It insults the integrity of the independent judiciary, and Congresswoman Waters ought to be ashamed of herself. What she did was disgraceful.”

In a separate interview on Newsmax, Dershowitz said that Chauvin’s conviction should be overturned because the jury was tainted by outside influences.

“Well, first what was done to George Floyd by officer Chauvin was inexcusable morally, but the verdict is very questionable, because of the outside influences of people like Al Sharpton and people like Maxine Waters,” he said.

“Their threats and intimidation and hanging the Sword of Damocles over the jury and basically saying, if you don’t convict on the murder charge and all the charges, the cities will burn, the country will be destroyed—seeped into the jury room because the judge made a terrible mistake by not sequestering the jury.”

“I think the American Civil Liberties Union, which would be all over this case if it weren’t a racially charged case, all Americans who care about due process and liberty should be concerned that the jury verdict may have been influenced by, if not the thumb, maybe even the elbow of the outside pressures, the fears, the threats.”

“Every juror in that room knew about these threats. And when they sit and deliberate, they have to be saying to themselves, consciously or unconsciously, if I would render a verdict other than a murder verdict, what the consequences will be for me, my family, my friends, my business,” he concluded.

Dershowitz later said that “the whole judicial system has been corrupted by identity politics and by the weaponization of the criminal justice system toward particular agendas.”

Still think it is possible for the Chauvin jury to act solely on the evidence and to render an honest verdict? https://t.co/LtHaM2odsR 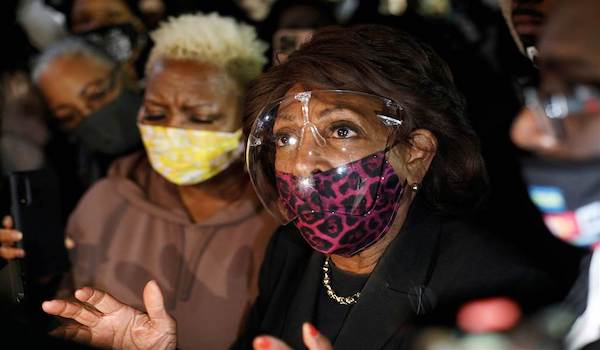 The House Ethics Committee must launch a preliminary investigation into House Financial Services Committee Chairwoman Maxine Waters after a House GOP lawmaker filed a complaint with the panel.

Rep. Lauren Boebert, a Colorado Republican and a freshman, on Tuesday released a copy of her complaint against Waters that charged her with violating House ethics rules following comments the California Democrat made to protesters in the streets of Brooklyn Center, Minnesota, near Minneapolis.

“I write to request that the House Committee on Ethics open an investigation into Representative Maxine Waters for her incitement of the violent riots in Brooklyn Center, her unethical use of her office to unconstitutionally pressure an independent judiciary, and her pattern of similar behavior that is unbecoming of a Member of Congress and discredits the House of Representatives,” Boebert wrote to the bipartisan panel of 10 House lawmakers.

The panel will have to review Boebert’s complaint, but it may not result in an investigation. The panel, split evenly between the two parties, has 14 days, or five legislative days, “to determine whether the information meets the requirements of the Committee’s rules for what constitutes a complaint.”

Maxine Waters would already be expelled if she was a Republican.

Only House lawmakers can file complaints with the House Ethics Committee. The outside Office of Congressional Ethics can also forward complaints to the ethics panel and accept complaints about lawmakers from anyone and conduct its own preliminary investigation.

Boebert and other Republicans have said Waters’s behavior was unethical, not only because it appeared to incite violence but because it could interfere with the verdict in the Derek Chauvin trial.

House Minority Leader Kevin McCarthy, a California Republican, brought up a motion to censure Waters over her comments, but the Democratic majority has defended the longtime lawmaker and was poised to defeat it.

Chauvin, a former police officer who is white, is charged with killing George Floyd, a black man who died in Chauvin’s custody after Chauvin placed a knee on Floyd’s neck for nine minutes.

Waters told protesters she wants a guilty verdict and that if one is not delivered, protesters must “stay in the streets” and “get more confrontational.”

Molotov cocktails and firecrackers are not enough.