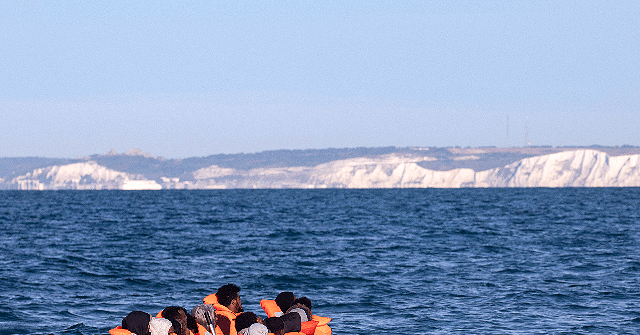 Twenty-seven migrants died off the coast of France on Wednesday trying to illegally cross the English Channel to Britain, prompting Prime Minister Johnson to criticise France for failing to take action on the masses of people gathering from its shores preparing to take the perilous journey.

On Thursday night, Johnson sent a letter to President Macron — shared on social media — in which he offered possible solutions to reduce the number of crossings and in so doing, save lives, including “allow[ing] all illegal migrants who cross the Channel to be returned” to France, as well as joint UK-French patrols, and Britain accepting unaccompanied minor migrants with links to the UK.

Paris did not respond in the spirit of friendship, however, disinviting British Home Secretary Priti Patel from scheduled talks on the crisis in apparent revenge and Macron claiming that the British were “not serious”.

Government sources have warned that Macron’s intransigence will only result in further loss of life at sea, with a senior government insider telling The Times on Friday: “Our plan is the plan. It will be a test of their determination to prevent further loss of life… We need to fix this. We can’t have kids dying in the Channel every week.”

Another source said of Macron’s prickly reaction: “The fact is more people are going to die because of offence taken at a tweet and that is a sad situation to be in.”

While some diplomats have complained that sharing the letter online lacked tact, a British government source told the newspaper of record that Paris was well aware that the letter was going to be shared publicly — suggesting the letter was made public out of exasperation at a lack of action from France — and that “we’ve raised all of these things in private over two years. We’ve not got anywhere. We think these things are reasonable. We think it’s imperative on all of us to save lives.”

Lukashenko: Illegal Migrants Have a ‘Right’ to Enter the European Union https://t.co/b32MJHj0em

The prime minister is reportedly said to have no regrets over sending the letter but was claimed to have been taken aback by the response by his opposite head of government in France and his administration.

Ministers had reportedly said earlier this month that Macron is attempting to use the English Channel migrant crisis to punish Britain for Brexit and for the French leader to flex some diplomatic muscle ahead of next year’s presidential election.

British ministers speaking to The Times on Friday say they believe Macron appears to be having a “nervous breakdown” ahead of the major vote, describing the French government as appearing “petulant and over-reaching”.

“They’re going for this demonstration of French pride again,” a source said. “I’m not sure how it plays to the French but it does look a bit silly on this side of the Channel.”

The reluctance of France to take responsibility for the crisis building on its shores comes as the first victim to have died on Wednesday was identified as 24-year-old Kurdish-Iraqi woman Maryam Nuri Mohamed Amin, who attempted to illegally come to Britain to join her fiancé, who lives in the UK. Ms Amin’s family told the BBC she had tried twice to reach the UK legally, but because the process was “delayed”, she decided to make the journey illegally, instead.

In total, 27 people died: 17 men, seven women — one of whom was pregnant — and three children. Only two others on the boat, a Somali and an Iraqi, survived.

According to Freedom of Information data obtained by The Telegraph and published on Friday, there have only been 51 convictions against migrants for illegally entering the country out of 46,000 people since December 2019, representing just 0.1 per cent of illegal entries.

Alp Mehmet, the chairman of Migration Watch UK, told the newspaper: “Despite the public safety risks, the Government seems to have turned a blind eye to thousands of illegal arrivals even as numbers soared. This is both shocking and unacceptable to the voters who are paying for this shambles.” 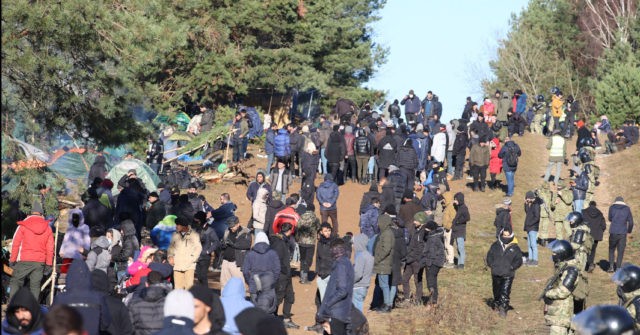 The European Union is reportedly considering sanctions against Belarusian airlines that brought migrants from the Middle East to Minsk.

Earlier this week, European Commission President Ursula von der Leyen commented on the possibility that the European Union could launch sanctions against airlines bringing migrants to Belarus who go on to attempt to cross illegally into EU member-states.

“The EU will … explore how to sanction, including through blacklisting, third-country airlines that are active in human trafficking,” President Von der Leyen said in an official statement.

The Belarusian airline Belavia has been accused of arranging direct flights from various Middle Eastern cities to the Belarusian capital of Minsk, from which migrants set off for the EU’s eastern borders. Some in the EU have been considering sanctions against the airline since late last month.

EU Official Demands More Sanctions Against Belarus as Some Warn of Escalation https://t.co/iGSPg2q8y4

According to InfoMigrants, the airline leases several aircraft from European Union-based companies, some of which are based in Ireland. Simon Coveney, Ireland’s Foreign Minister, said that he would support sanctions against future leasing contracts but not against existing contracts currently in force.

On Wednesday, Belavia released a statement to the Guardian newspaper claiming that was not involved in the trafficking of migrants to the EU border area, and that it simply did not refuse those with correct documentation the ability to travel.

“Belavia does not operate, and during the calendar year 2021 has not operated, scheduled or charter services to any of the following countries, which Belavia understands to be those countries which are the subject of allegations regarding migrant trafficking: Afghanistan, Iraq, Iran, Myanmar, Pakistan and Syria,” the airline claimed.

“Based on sales analysis, Belavia has blocked reservation and ticketing abilities for certain travel agencies considered at risk [of making] ticket sales to citizens from high-risk countries,” they suggested.

Along with Belarusian airlines, the European Union is also allegedly considering sanctions against Minsk airport over the ongoing migrant crisis. German airline Lufthansa’s division Lufthansa Cargo is said to operate at the airport and could therefore be impacted by such sanctions.

The situation on the border between Poland and Belarus remains tense as migrants mass along the frontier building camps, and some have warned the situation could spiral into armed conflict.

Former Belarusian ambassador and government minister Pavel Latushka, who fled to Poland in 2020 for his own safety, has alleged that Belarus is actively training and arming Iraqis and Afghanis to engage in terrorist attacks in Europe.