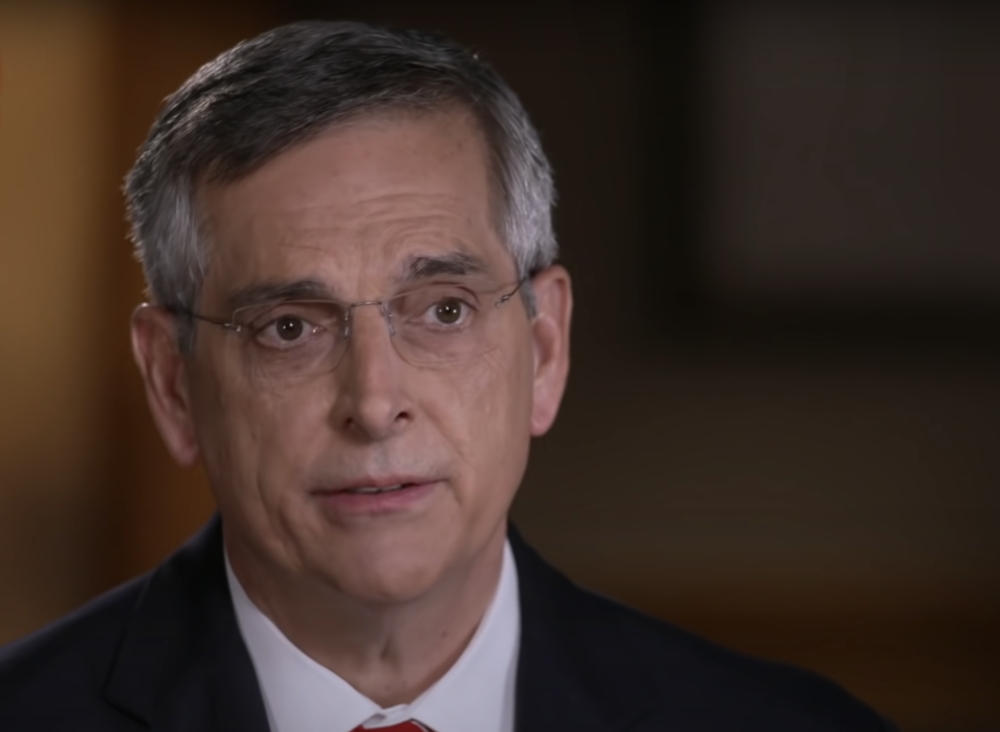 After digital images of paperwork publicized by Georgia’s new voting law exposed the fact that almost 200 absentee ballots were double-counted in the state during the 2020 presidential election, Georgia Secretary of State Brad Raffensperger demanded Thursday that two high-profile election officials in Fulton County, Georgia, be fired.

“Fulton County’s continued failures have gone on long enough with no accountability,” Raffensperger said before placing the blame on Rick Barron, the Fulton elections director, and Ralph Jones, the registration chief.

“Rick Barron and Ralph Jones, Fulton’s registration chief, must be fired and removed from Fulton’s elections leadership immediately,” he said.

Fulton County’s continued failures have gone on long enough with no accountability. Rick Barron and Ralph Jones, Fulton’s registration chief, must be fired and removed from Fulton’s elections leadership immediately. Fulton’s voters and the people of Georgia deserve better.

Nothing gets past this guy! https://t.co/x5Lt46xzaZ

“Every time we think we’ve reached the peak of Fulton’s elections mismanagement issues, more comes to light,” Raffensperger lamented. “I’ve been calling for change in Fulton since day one. Maintaining public confidence in our elections begins in Fulton County.”

If the double-counted votes were tabulated, they would have unlawfully given President Joe Biden 27 unearned votes. Those votes alone wouldn’t have swayed the election, but the fact that Georgia continues to uncover election mismanagement is concerning to those who care about the integrity of the democratic process.

VoterGa recently organized a lawsuit seeking more scans of ballots and an in-person review of 147,000 unsealed absentee ballots. VoterGa argues that double-counted ballots are just one of many forms of evidence that fraud occurred in the 2020 election.

“If we’re finding this in Fulton County, we’re probably going to find it throughout the state. The question is, why did it happen?” VoterGa member David Cross told the Washington Examiner.

Trump lost Georgia by approximately 12,000 votes. However, Margot Cleveland recently reported in The Federalist that, “New evidence indicates that more than 10,300 illegal votes were cast in Georgia in the November 2020 general election — a number that will continue to rise over the next several months, potentially exceeding the 12,670 votes that separated Joe Biden and Donald Trump.”

The Federalist Senior Editor Mollie Hemingway noted in mid-March that, “According to the media narrative, the Georgia presidential election was as perfectly run as any election in history, and anyone who says otherwise is a liar. To push that narrative, the media steadfastly downplayed, ignored, or prejudiciously dismissed legitimate concerns with how Georgia had run its November 2020 election and complaints about it.”

Raffensperger, who claims he now wants to “clean house,” voluntarily agreed to dramatically change voting rules in Georgia without input from either the Republican Party of Georgia or the Republican National Committee. And he mailed out millions of absentee ballot applications during the 2020 presidential election because of the pandemic.

Following the infamous phone call between Raffensperger and former President Donald Trump (after which the media fabricated fake quotes that made it into the Democrats’ article of impeachment),  “[Raffensperger] and his team kept asserting that Trump’s figures were wrong. Trump’s legal team kept asking Raffensperger to provide the state data and information that would enable them to see for themselves. For some reason, Raffensperger and his team [were unwilling] to share their data or reports.”

Despite his former comments, however, Raffensperger has now initiated an investigation “into the handling of paperwork in Fulton County related to the use of drop boxes for the 2020 election.” It’s unclear whether he’ll also take time to reevaluate his former statements about Georgia’s handling of the 2020 presidential election. 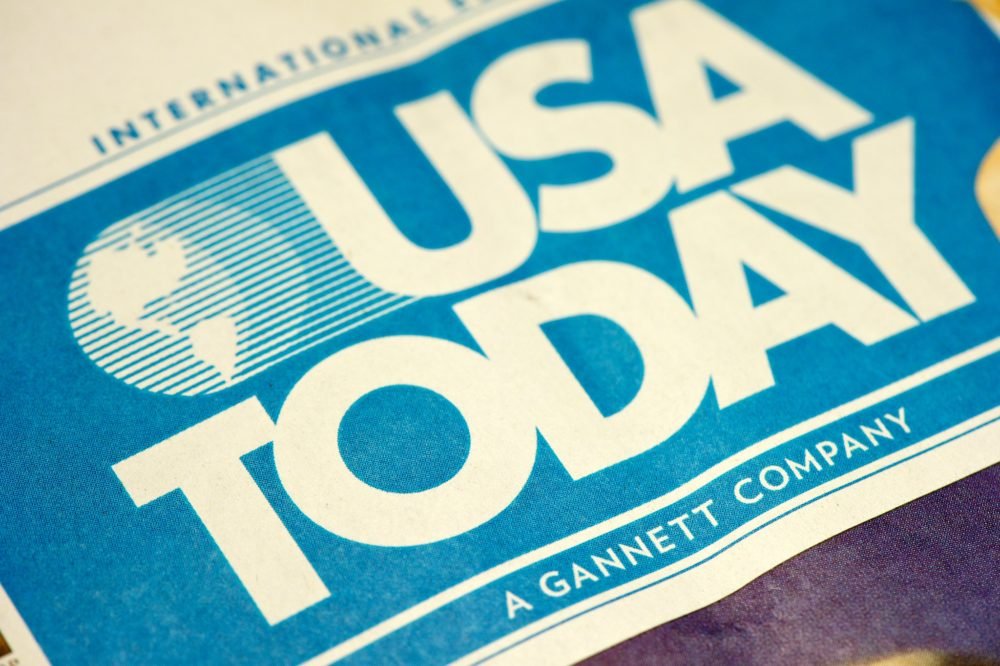 USA Today retroactively edited an op-ed from Stacey Abrams this month that initially endorsed corporate boycotts of Georgia over its new law on election integrity before pulling back her advocacy after boycotts were triggered.

The piece was first published on March 31, days before Major League Baseball (MLB) pulled its lucrative All-Star game worth $100 million in local revenue. Abrams’ original version of the op-ed called for corporations to pull their business from the state as an “impassioned response.”

“The impassioned response to the racist, classist bill that is now the law of Georgia is to boycott in order to achieve change,” Abrams first wrote, vilifying the law requiring identification for access to the ballot box as racist, as if the leftist idea that minorities are unable to obtain ID was not racist itself.

“Events hosted by major league baseball, world class soccer, college sports and dozens of Hollywood films hang in the balance… Until we hear clear unequivocal statements that show Georgia-based companies get what’s at stake, I can’t argue with an individual’s choice to opt for their competition.”

An updated version of the op-ed, however, as first reported by Fox News, tampers down Abrams’ advocacy for boycotts once they began to be implemented by the MLB and others to the detriment of Georgia residents. The MLB all-star game will now be held in Denver, with a population where less than 10 percent are black, as opposed to Atlanta, a majority-black city, according to U.S. Census data.

Gone from Abrams’ USA Today op-ed currently posted is the line, “I can’t argue with an individual’s choice to opt for their competition.” The passage below is now what reads on the site:

The impassioned (and understandable) response to the racist, classist bill that is now the law of Georgia is to boycott in order to achieve change. Events that can bring millions of dollars to struggling families hang in the balance. Major League Baseball pulled both its All-Star Game and its draft from Georgia, which could cost out state nearly $100 million in lost revenue.

Fox News reported the update came on April 6. The latest update on the article reads April 22, and an editor’s note now reads, “This column was originally published before the MLB moved the All-Star game out of Atlanta. It was updated after that decision.”

When reached for comment, Gannett, USA Today’s parent company, declined to respond to a Federalist inquiry into why the paper made the decision to transform the piece after corporations heeded Abrams’ calls, and instead issued a statement on the apparent absence of the editor’s note clarifying changes had occurred.

“We regret the oversight in updating the Stacey Abrams column. As soon as we recognized there was no editor’s note, we added it to the page to reflect her changes. We have reviewed our procedures to ensure this does not occur again,” a Gannett spokesperson wrote in an email to The Federalist.