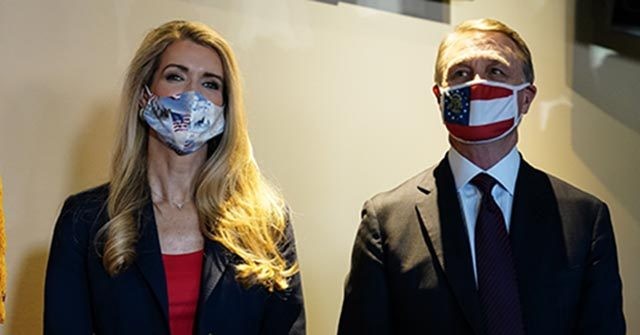 ATLANTA — Democrats seeking to create divides among supporters of President Donald Trump and the Georgia Republican Senate candidates doubled down on their messaging on Tuesday.

Really American, a left-wing super PAC that spent close to half a million dollars campaigning against Trump and in support of Joe Biden in the 2020 presidential election, reiterated Tuesday that as Trump and his legal team pursue voter fraud allegations in a handful of states, including Georgia — where certified results showed Trump trailed Biden by a narrow 0.26 percent margin — Republican incumbent Sens. David Perdue and Kelly Loeffler have somehow failed the president.

Really American is in the process of crowdfunding for and installing billboards across Georgia to deliver this message ahead of the Senate runoff election taking place January 5.

A flurry of media outlets are reaching out to get a comment on the billboards being erected across Georgia. Really Americans founder @JustinAHorwitz has released the following statement regarding the billboards, as a response to any and all press inquiries.https://t.co/8dBiByGGoo

The organization said in a statement Tuesday that “in a rare twist of fate” Trump supporters and supporters of Loeffler’s and Perdue’s Democrat opponents, Rev. Raphael Warnock and Jon Ossoff, “have a shared interest in seeing the two Republicans who failed to deliver a victory for Trump (Loeffler & Perdue), lose.”

As Breitbart News reported, both Loeffler and Perdue have continuously backed the president as he seeks a second recount in Georgia and continues his legal pursuit over election integrity concerns.

However, Really American is persisting with unsubstantiated claims that Loeffler and Perdue stand against Trump.

“If Trump supporters deliver Perdue and Loeffler a victory, they should be acutely aware that they will be delivering Trump and MAGA a serious political defeat,” the organization stated. “The only people trying to conceal this are Loeffler, Perdue, and Mitch McConnell, who want to destroy President Trump but keep his supporters.”

The Georgia GOP responded to the new claims in a statement to Breitbart News on Tuesday, describing Really American’s tactics as disappointing and deceitful.

“It’s disappointing to see an extreme left-wing super PAC come into Georgia with the sole intention of deceiving voters,” Georgia GOP spokeswoman Abigail Sigler said, “but no amount of billboards will divide Georgia Republicans who know that Kelly Loeffler and David Perdue continue to stand with President Donald Trump.”

Sigler pointed to Trump’s plans to campaign for the two candidates in Georgia on Saturday and also noted that Vice President Mike Pence, who has already held two rallies in the Peach State, has scheduled a rally in Savannah for Friday while Donald Trump Jr. just dropped a six-figure radio ad on the race in support of the Republican senators. 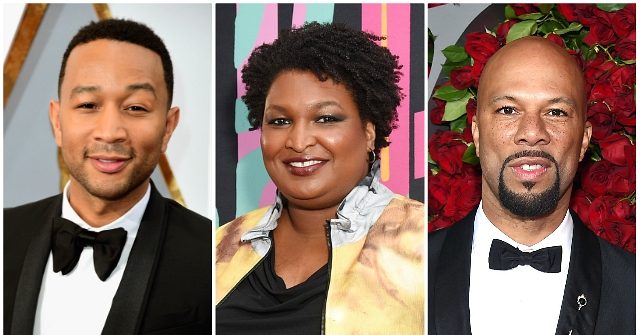 With the Senate majority leadership but two seats away, Sen. Chuck Schumer (D-NY) has declared, “Now we take Georgia, and then we change America.” Now failed Georgia gubernatorial candidate Stacey Abrams is leading an effort to win both seats, teaming with a group of Hollywood entertainers, including NBC’s The Voice star and singer John Legend and actor-rapper Common for a “Rock the Runoff” get out the vote concert.

Stacey Abrams, who lost her 2018 election by more than 50,000 votes and refused to concede, will be joined by Legend and Common, and others for a December 3 concert to raise money for the two Democrat candidates for U.S. Senate that face a runoff election on January 5.

I am excited to bring together:@johnlegend@common@Indigo_Girls@EarthGang
Ben from @dcfc
& more

Two Democrats are vying to win seats in the U.S. Senate, and if they do, the balance of power in the upper chamber will switch from GOP control to the Democrats. Democrat Raphael Warnock faces incumbent Republican Kelly Loeffler, while Democrat Jon Ossoff is challenging siting Republican Senator David Perdue.

The streaming event is sponsored by the Fair Fight PAC, a money-raising political action committee that Abrams started after losing her bid to become governor of Georgia. Abrams claims to have started her PAC to “mitigate voter suppression.”

Tickets for the online concert range from a “grassroots” cost of $5 to a “host” level of $25,000. Tickets are ostensibly open for purchase only to U.S. citizens in compliance with U.S. election laws. Also performing in the virtual concert is Earthgang, Ben Gibbard of Death Cab For Cutie, and the Indigo Girls. Others may be announced later.

Abrams and her retinue of entertainers are far from Hollywood’s only denizens trying to cajole Georgia voters into electing the Ossoff and Warnock. Hollywood elites including Mandy Moore, Alyssa Milano, John Cusack, Jon Cryer, Kerry Washington, and others have begun raising money and advocating for the leftist Senate candidates in Georgia.

Some celebs, such as Debra Messing, even joined phone banking efforts to get these two Democrats elected. 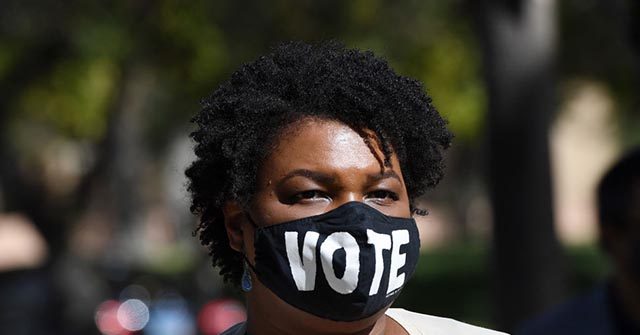 A voting rights group founded by Stacey Abrams (D) is dumping millions of dollars into activist organizations as part of an effort to tip the scales in favor of Democrats in the forthcoming January 5 runoffs.

Fair Fight, the group founded by failed Georgia gubernatorial candidate Stacey Abrams, is reportedly spending $2.7 million to assist over a dozen organizations in their efforts ahead of the highly anticipated Senate runoffs. The races feature Republican Sens. David Perdue and Kelly Loeffler and their respective Democrat challengers Jon Ossoff and Raphael Warnock.

According to the Atlanta Journal-Constitution, the money is aimed to “strengthen their get-out-the-vote apparatus.” In a Saturday morning update, Abrams asked progressives to join her in supporting the 13 groups, which she says will work “tirelessly on the ground to educate and mobilize voters”:

🚨Fair Fight is boosting 13 Georgia organizations by raising and giving over $2.7 million ahead of the Jan. 5 runoffs.

These groups work tirelessly on the ground to educate and mobilize voters. Join me in supporting them👇🏿#gapol https://t.co/OLnYRd14EY

“For years, these organizations have been on the ground in their communities, doing the important work that has made possible that every voice is heard and every eligible is counted,” Fair Fight senior advisor Lauren Groh-Wargo said.

“We must recognize and support their work to ensure that every voter and Georgian is seen and heard,” she added.

Republican groups are also upping their game, with two GOP super PACs — Senate Leadership Fund and American Crossroads — dropping a combined $70 million on ads ahead of the runoffs.

Last weekend, Abrams announced that “more than 600,000 Georgians have requested their mail ballots” ahead of the January 5 election:

BREAKING: More than 600,000 Georgians have requested their mail ballots for the January 5 runoff elections.

Help elect @ReverendWarnock and @ossoff to the U.S. Senate by requesting your ballot today ➡️ https://t.co/xCyh7BhY3o. Happy voting and let’s get it done… again. #gapol pic.twitter.com/G65qB8NMpg