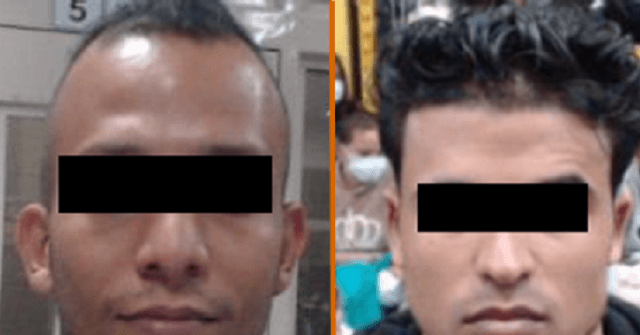 This week, Department of Homeland Security (DHS) officials revealed that two illegal aliens from Yemen were apprehended at the U.S.-Mexico border in January and March. Background checks showed that both were on the FBI’s Terrorism Watch List and the No-Fly List.

McCarthy writes in the letter:

I am writing to request a classified briefing regarding certain individuals apprehended by the U.S. Border Patrol. Through conversations with the Border Patrol and media reports, I have learned of the apprehension of foreign nationals on the Terrorism Watch List who were attempting to illegally cross our southern border.

Last month, I, along with 12 other members of Congress, traveled to El Paso, Texas, to see firsthand the humanitarian and security crisis that has emerged along our southern border this year. The agents of the U.S. Border Patrol provided us with an eye-opening tour and briefings regarding the current crisis in El Paso and the operational challenges they face each day. During the briefings, the agents conveyed to us that they have apprehended individuals from not only Mexico and Central America, but also countries including China, Iran, Yemen, and Turkey. They then conveyed that they had apprehended individuals who are on the Terrorism Watch List. These revelations were shocking and concerning, and for those reasons, I felt compelled to share them with the nation. [Emphasis added]

Compounding the risk, approximately 1,000 people each day are evading capture by the U.S. Border Patrol, according to recent reporting from the Washington Post. While I am grateful to the Border Patrol for doing all they can, I have great concern about the number of bad actors that have escaped arrest and are residing in the United States. We simply have no way of knowing if other terrorists have crossed the border undetected. [Emphasis added]

After DHS sent the press release revealing that the two illegal aliens from Yemen had been apprehended at the border, the agency erased the page.

A U.S. Customs and Border Protection (CBP) spokesperson told Breitbart News that the press release “contained certain disclosure and policy information” that “required CBP to remove it from our website.”

“First let me convey that these sets of incidents are very uncommon,” Psaki said when asked about the two illegal aliens from Yemen who were apprehended. “… while this is rare, this is a reflection of [Border Patrol] doing their job.”

Those on the FBI’s Terrorism Watch List and No-Fly List seeking to cross illegally into the U.S. are not isolated incidents, as reports over the years have confirmed.

From October 2020 to the beginning of March, for example, congressional aides have said there have been at least four separate Border Patrol encounters with illegal aliens on the FBI’s Terrorism Watch List.

Likewise, in 2016, Breitbart News reported exclusively on a series of leaked documents from the FBI’s Terrorist Screening Center revealing that from July 2015 to July 2016, the FBI documented more than 7,700 encounters with illegal aliens who appeared on the Terrorism Watch List. Subsequent reports show encounters numbering in the thousands annually.