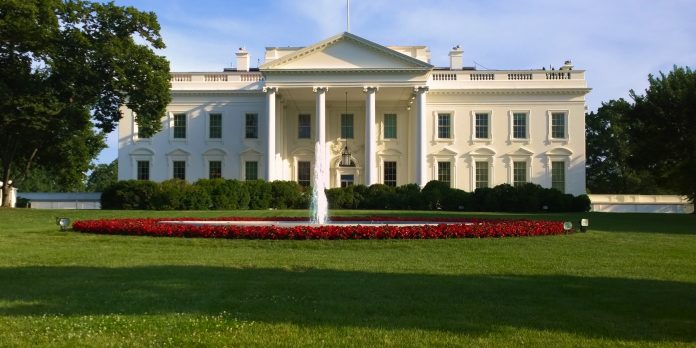 In a hilarious but concerning story, it has been revealed that the White House was infiltrated by a woman calling herself Kacey Montagu, who used two fake Twitter accounts and a Roblox avatar to convince reporters and White House officials that she was a legitimate political correspondent.

Montagu, who happens to be a fictional avatar from the popular video game Roblox, where users create their own virtual reality, claimed to be the chief political correspondent for the “White House News.” She infiltrated the White House press corps by creating two fake Twitter accounts to accomplish this: @WHschedule and @WHpoolreport, both of which have since been suspended.

Using these accounts, Montagu was able to convince actual reporters to ask questions at press briefings on her behalf, claiming that she could not attend the events herself due to COVID protocols.

Her scheme began as something to boast about on the Roblox gaming platform, as part of a role-playing group called nUSA, where people from around the world could participate in a mock U.S. government. Montagu had taken on the role of Secretary of State in the group, but had resigned after the virtual president started a war with the U.K., because she “thought it was a pretty bad idea!”

The fact that Montagu was able to do all of this is concerning, but kind of hilarious. According to reporting buy Louder With Crowder, her fake Twitter accounts shared “the schedule of the president, the vice president, and the two spouses. The accounts were so efficient that they ‘got attention from insiders’ and were followed by multiple White House correspondents AND White House officials.”

Using these accounts, Montagu communicated with several reporters, and was able to plant questions with a reporter from the Washington Blade: “How involved is former President Obama and First Lady Obama in the Biden – Harris administration? Is President Biden seeking to bring back the often bipartisan portrait unveiling events at the White House?” Jen Psaki answered both of these questions, and had been unknowingly answering the Montagu’s questions for weeks. White House officials had even circled back to the imposter with more information on several occasions.

After left-wing news outlet Politico began an investigation into Kacey Montagu, it was revealed that she was an imposter. Though she did not divulge her true identity, Montagu did reveal her motives for the elaborate scheme, stating: “I love journalism, and I think the Press Corps is doing a pretty bad job at the moment, so I decided I would ensure some transparency and ask some questions me and some friends wanted the answer to.”

Louder With Crowder made another important and hilarious point in their coverage of this story, writing: “The only way it could get more perfect is after the media doxxes ‘Kacey,’ which you know they’re going to do, and we find out ‘Kacey’ is a 13-year-old with too much time on his or her hands.”