This film features accounts of other worldly phenomena collected by Brad Steiger during his more than twenty-five years of exploration into the strange and the unknown.
Narrated by Steiger, the film will explore UFOs, E.T.s, impossible fossils, the extraordinary link between UFOs and poltergeists, and the remarkable world-wide phenomenon of the Star People, men and women who appear to bear within their genetic makeup the “seed” of extraterrestrial visitors. Joining Steiger to explain Star People research will be his wife Francie, an internationally known mystic and metaphysical teacher, co-author of the best-selling STAR PEOPLE series.

The Occupational Safety and Health Administration said Tuesday it suspended the mandates to comply with a Nov. 12 ruling by the 5th Circuit Court of Appeals barring the agency from enforcing them pending judicial review. A federal judicial panel on Tuesday assigned the case to an appeals court in Cincinnati.

In a major blow to the Biden administration, the Occupational Safety and Health Administration (OSHA) on Tuesday suspended implementation and enforcement of its Emergency Temporary Standard (ETS) on mandatory COVID vaccination and testing in the workplace.

Under the ETS, employers with more than 100 employees were given until Jan. 4 to comply with President Biden’s COVID vaccine mandate.

However, a Nov. 12 ruling by the 5th Circuit Court of Appeals barred OSHA from enforcing the ETS “pending adequate judicial review” of a motion for permanent injunction.

OSHA’s latest action does not affect a separate directive from the Centers for Medicare & Medicaid Services requiring employees of medical facilities to be vaccinated by Dec. 6.

In a statement Tuesday, OSHA said:

“The court ordered that OSHA take no steps to implement or enforce the ETS until further court order. While OSHA remains confident in its authority to protect workers in emergencies, OSHA has suspended activities related to the implementation and enforcement of the ETS pending future developments in the litigation.”

In its Nov. 12 22-page ruling, the court called the Biden administration’s mandate “fatally flawed” and said OSHA should “take no steps to implement or enforce the mandate until further court order.”

The court said the mandate fails to consider that the ongoing threat of COVID is more dangerous to some employees than others.

According to the ruling:

“The mandate is a one-size-fits-all sledgehammer that makes hardly any attempt to account for differences in workplaces (and workers) that have more than a little bearing on workers’ varying degrees of susceptibility to the supposedly ‘grave danger’ the mandate purports to address.”

“This court order must be obeyed, and OSHA has apparently indicated it will,” said Ray Flores, Children’s Health Defense legal counsel. “However, I have not seen this news trickle down to employers, who to my knowledge have not issued widespread pauses on company mandates.”

No mainstream media outlets were reporting OSHA’s news about the suspension at the time this article was published.

The case against the Biden administration was brought by a variety of entities, ranging from state attorneys general (including Texas, Mississippi and Utah), American Family Association and multiple businesses and individuals.

As The Defender reported Tuesday, there are dozens of lawsuits making their way through the courts challenging the mandates on behalf of teachers, healthcare workers, police, firefighters and more.

Great piece on the many federal, state and local legal challenges to vaccine mandateshttps://t.co/4fFdi9gYpK

A federal judicial panel on Tuesday assigned at least 34 of those lawsuits — including the one in the 5th Circuit Court of Appeals that resulted in OSHA suspending its ETS — to an appeals court in Cincinnati, The New York Times reported.

According to the Times:

“A court clerk for the U.S. Judicial Panel on Multidistrict Litigation randomly selected the Court of Appeals for the 6th Circuit by drawing from a drum containing entries for the twelve regional courts of appeal, each of which has at least one related case pending. The procedure can be used to consolidate cases that are all raising the same issue.

“While simplifying the legal dispute, the step also had the effect of removing the matter from the Court of Appeals for the 5th Circuit in New Orleans. This month, a three-judge panel there had blocked the government from moving forward with the rule — declaring that it “grossly exceeds” the authority of the occupational safety agency that issued it.”

According to Reuters, OSHA has issued 10 emergency standards in its 50-year history. Of the six challenged in court, only one survived intact.

The above article (OSHA Suspends Biden’s Employer Vaccine Mandates Following Court Order) was originally published on The Defender and is re-published here by ‘contribution’ with attribution to the author, Children’s Health Defense Team and The Defender.

TLB Editors Note:  TLB highly recommends you click on the image (the Defender) below, visit this great website, and do whatever you can to help see this vital forum succeed … for the sake of our children !!!

Sign up for free news and updates from Robert F. Kennedy, Jr. and the Children’s Health Defense. CHD is planning many strategies, including legal, in an effort to defend the health of our children and obtain justice for those already injured. Your support is essential to CHD’s successful mission. 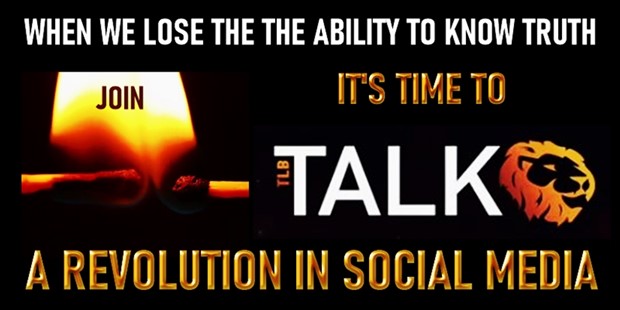