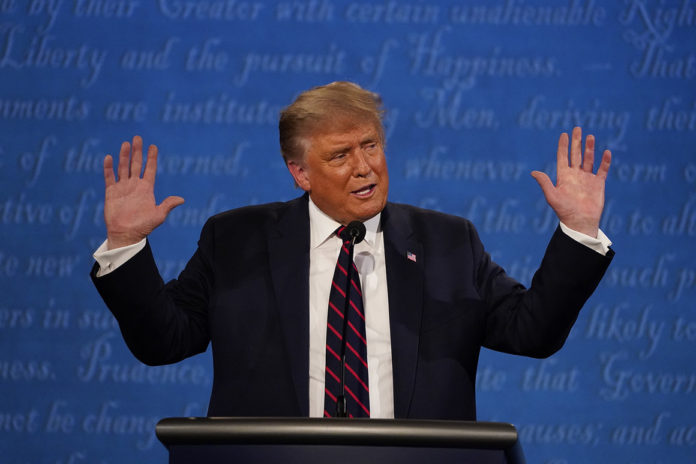 President Trump has had enough of Nancy Pelosi’s grandstanding and political games. The president has announced that he is going to put an end to negotiations regarding the stimulus legislation.

…request, and looking to the future of our Country. I have instructed my representatives to stop negotiating until after the election when, immediately after I win, we will pass a major Stimulus Bill that focuses on hardworking Americans and Small Business. I have asked…

…@senatemajldr Mitch McConnell not to delay, but to instead focus full time on approving my outstanding nominee to the United States Supreme Court, Amy Coney Barrett. Our Economy is doing very well. The Stock Market is at record levels, JOBS and unemployment…

President Trump has decided that until Nancy Pelosi comes to the table with a reasonable compromise, or just a basic bill offering stimulus checks to the American people, he is done trying to negotiate.

The president tweeted: “If I am sent a Stand Alone Bill for Stimulus Checks ($1,200), they will go out to our great people IMMEDIATELY. I am ready to sign right now. Are you listening Nancy?” Many on the left are ignoring this message, and choosing to only report that the president cancelled talks for stimulus legislation, effectively lying to the American people by saying the president doesn’t care about their suffering.

If I am sent a Stand Alone Bill for Stimulus Checks ($1,200), they will go out to our great people IMMEDIATELY. I am ready to sign right now. Are you listening Nancy? @MarkMeadows @senatemajldr @kevinomccarthy @SpeakerPelosi @SenSchumer

Despite potential political fallout, the president ordered Republicans to end their negotiations with the Speaker of the House. This may be bad news for Americans that need this stimulus money, but it may serve as a rude awakening for many liberals who still believe that Pelosi is looking out for their best interests.

Nancy Pelosi’s proposals for stimulus legislation have included items that have absolutely nothing to do with the subject of the bill. This includes money for illegal immigrants, banning voter-ID, bailing out poorly run Democrat states, and other frivolous spending.

President Trump has instructed Republicans to table negotiations on a stimulus until after the election, perhaps hoping that the party will gain control of the House, and maintain control of the Senate, so that passing their legislation will be possible. The president has instead told the Senate to focus all of their efforts into confirming his Supreme Court nominee, Amy Coney Barrett.