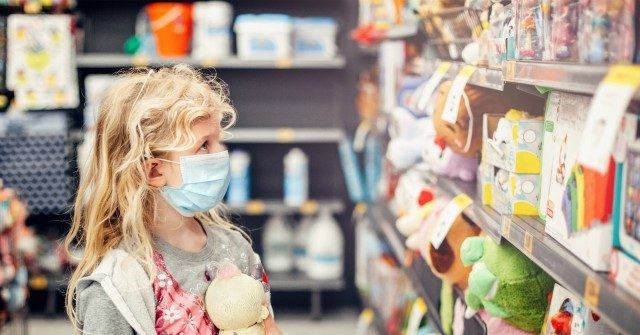 Children under the age of 5 had previously been exempt. But now, kids at camps and child care must be covered.

“A good faith effort is made to ensure that children aged 2 to 4 years wear a mask when participating in gatherings,” the order said.

The mandate noted at this point, children under 2 are exempt. It expires May 25.

The order came days after Hertel arrived back from a spring break vacation to Gulf Shores, Alabama and another top Whitmer aide, Tricia Foster, was found to have vacationed in Siesta Key, Florida.

Critics questioned whether there were different rules for top officials. Whitmer responded, “What directors do on their personal time is their business, so long as they are safe.”

On Thursday, the governor appeared on MSNBC and blamed the Republican-controlled legislature and even former President Donald Trump himself for the situation.

Gov. Whitmer on whether she has the political ability to slow Michigan’s Covid surge:

“We are so incredibly divided after the politics of the last 14 months. … I’m still trying to get the legislator to deploy resources that the Trump administration sent us.” pic.twitter.com/eWMjK4H5gL

When asked whether she had the “political ability” to shut the state down again, Whitmer responded, “I was sued by the Republican legislature here in Michigan. I lost in the Supreme Court. It was a Republican-dominated Supreme Court. I lost some of those executive powers.”

She continued, “We do retain some powers, but we are so incredibly divided after, I think, the politics of the last 14 months.”

She added the state has “some of the strongest protocols in place.”

Yet, virus cases continue to grow.

After two days of declines, the number of new COVID-19 cases in Michigan bounced back with the second highest daily increase on record and the largest one-day total so far this year.

The Michigan Department of Health and Human Services reported 8,955 new COVID-19 illnesses on Friday for a total of 779,777. Only the 9,779 new cases on Nov. 20 was a higher daily increase for the state.

The news station said 2.393 million people, or 29.6 percent of the population, have been vaccinated.