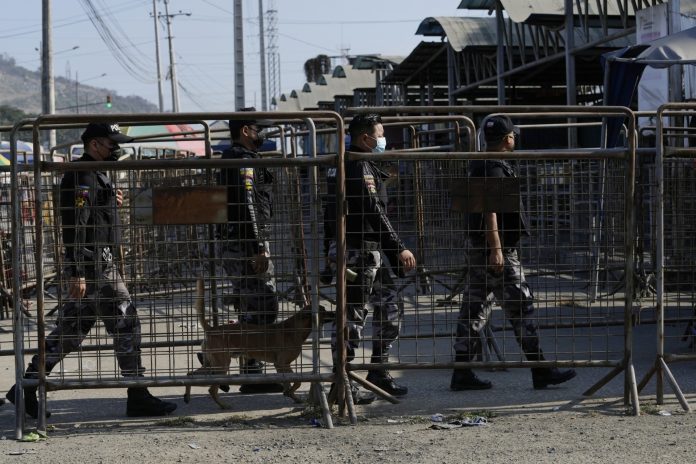 A state of emergency was declared in Ecuador’s prison system after a gang war inside a coastal lockup led to the deaths of at least 116 people, five of whom were beheaded.

On September 29th, Ecuador’s president, Guillermo Lasso, declared a state of emergency in the prison system after the gang war at the Litoral penitentiary in Guayaquil killed 116 and injured 80.

Authorities are calling this battle the worst prison bloodbath in the country’s history, and have blamed the bloodshed on gangs linked to international drug cartels which are fighting over control of the facility.

According to officials, at least five of the people killed were found to have been beheaded.

The state of emergency gave the government the power to deploy police and soldiers inside prisons, but President Lasso has stated that he could not guarantee that authorities had regained control of the prison as of yet.

“It is regrettable that the prisons are being turned into territories for power disputes by criminal gangs,” he said, adding that he would be taking strong action to regain control of the Litoral penitentiary and to prevent the violence from spreading to other prisons.

Images of the aftermath of the bloodbath have circulated on social media, showing dozens of bodies and carnage that resembled battlefields. The inmates fought with firearms, knives, and bombs, according to officials. The violence was so brutal and widespread that bodies were being found inside the prison’s pipelines.

“In the history of the country, there has not been an incident similar or close to this one,” said Ledy Zúñiga, the former president of Ecuador’s National Rehabilitation Council.

Relatives of inmates gathered outside of the prison’s morgue, mourning the loss of their loved ones. Many spoke to reporters, giving them graphic details as to how their relatives were killed and dismembered. 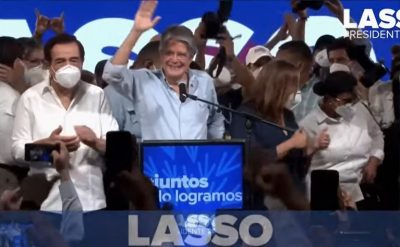 Against all expectations, right-wing Guillermo Lasso won the Ecuadorean presidential election on April 11. It was anticipated that Andrés Arauz, a protégé of former leftist President Rafael Correa who famously protected Julian Assange, would win the election. To everyone’s surprise, Lasso won with 52.50% of the vote, while Arauz obtained 47.50% of the vote. This was despite Arauz winning the first round of the presidential election in February with 32.72% of the vote. Although Arauz had favorable polls in the second round, Lasso won the election and Washington could not be happier with this outcome.

The U.S. is obviously happy with the result as Ecuador can now be considered another friendly country in South America, alongside Brazil and Colombia. Ecuador, as a small and politically divided country wedged between Peru and Colombia, is experiencing an economic crisis aggravated by the COVID-19 pandemic and is in the middle of an intense war of influence between the U.S. and China. During the Corréiste era (2007-2017), Beijing became a strategic partner, a fact that former U.S. President Donald Trump attempted to overcome by granting loans to Ecuador.

Essentially the election was a choice for Ecuador – alongside the U.S., or a diversified policy that includes friendly relations with China. Lasso, a rich ex-banker, presented himself as someone who supports not only the U.S., but also the International Monetary Fund (IMF). Effectively, Lasso’s accession to the presidency is a continuity of the unpopular and outgoing President Lenin Moreno.

It is remembered that Moreno initially presented himself with leftist tendencies and supposedly aligned to Correa. Elected in 2017 with the promise to continue the “Citizen Revolution,” he instead approached Washington and the IMF by concluding in 2019 and 2020, respectively, loans of $4.2 and $6.5 billion. This was achieved by sacrificing Julian Assange in 2019, an asylum seeker at the Ecuadorian embassy in London. Moreno described Assange as a “miserable hacker” and a “spoiled brat.”

These agreements with international financial institutions forced Ecuador, heavily indebted by the fall in oil prices, to remove fuel subsidies and thus cause prices to rise. As a result, riots rocked the country in 2019, forcing Moreno to leave the capital of Quito. Under Moreno, Correa stressed, “Ecuador has become the U.S.’s regional bridgehead, and the U.S. is not willing to lose its new ally.” Correa in the same communique even referred to the possibility of the U.S. establishing a military base in the Galapagos Islands.

For a decade, Correa had been the herald of “21st century socialism” by stabilizing the country and relying on oil to reduce chronic inequalities, just like Hugo Chavez did in Venezuela. He also broke with the IMF and closed the American base in Manta in 2009.

By exchanging Ecuadorean oil with Beijing for cash, Correa wanted to reduce his country’s dependency on Washington. Correa planed to diversify Ecuador’s alliances, and in this context, there was rapprochements with China. There were breaks with the U.S and the IMF, but American companies remained in the Andean country. So it was not a policy of one or the other, but a policy of being friendly to all states and not subservient to any.

However, the Monroe Doctrine still has a bright future ahead of it with the new Ecuadorian President. The victory of Lasso is linked to a period of multiple crises in the region, which results in political oscillations, passing from one extreme to another. Although the left is still the leading political force in the country with 47% of the population, the new Ecuadorian President brought together all the anti-Leftists, well beyond what he represents.

The core of the Monroe Doctrine is “America for Americans” – which although sounds like an effort for self-determination, is in actual fact a front for Washington’s expansion into Latin America. Lasso serves Washington’s Monroe Doctrine as he will not only continue to indebt Ecuador to the IMF, but will work towards reducing Chinese economic penetration into the country. It is little wonder that there was a “soar” in Ecuador’s bonds as “Millionaire Banker Wins Presidency,” as a Bloomberg headline read.