I compiled all the evidence we have into this article that prove Graphene Oxide, Graphene Hydroxide and other Graphene variants are in fact being injected into people by governments and Big Pharma, with intent to kill.

There’s a concerted effort by the pharmaceutical cartel funded “fact checkers,” Big Tech platforms and mainstream media, to hide the evidence and slander the people bringing this to light.

Once you go over the evidence provided here, you must take action for the safety of you and your families. Serve all war criminals participating in this COVID death jab program with a Notice of Liability for the murders they are committing. This is definitive action that any person can take, worldwide. The notices are already drafted by legal teams so why not use them and let our enemies be on the defensive. The criminals will be reminded of the Nuremberg trials, and informed that they will be brought to justice. They need to cease and desist from acting knowingly and willfully in mandating “vaccine” death jabs and enforcing them. The evidence to the danger is clear and deaths have been proven. Anyone administering or mandating these “vaccine” kill shots are doing so without Informed Consent.

Dr. Andreas Noack just released a scathing video commenting on Dr. Campra’s report. Dr. Noack is a chemist and the world’s leading expert in activated carbon engineering. Dr. Noack did his PhD doctoral thesis on how to turn Graphene Oxide into Graphene Hydroxide.

Dr. Noack said that two of the frequency bands that Dr. Campra detected were Graphene Hydroxide. Graphene Hydroxide is a mono-layer activated carbon. These nanoscale structures can best be described as razor blades that are being injected into people’s bodies. These tiny razor blades are 50nm wide and 0.1nm thick, only one atom layer thick and they do not decompose, explains Dr. Noack. Graphene Hydroxide is a new material and toxicologists aren’t aware of it yet. Dr. Noack explains this is why people are dropping dead from these lethal shots, especially athletes.

What’s even more horrifying is that if you perform an autopsy Dr. Noack explains, you will not find anything. This is a stealth weapon that’s untraceable after death. The Graphene razer blades cut up blood vessels and cause people to bleed to death internally.

This is a highly intelligent poison, Dr. Noack says.

“Even if people don’t drop dead immediately, it cuts up the blood vessels little by little… it destroys the heart… the heart is cut up, the brain is cut up… I can say as a chemist that we are absolutely certain that the Graphene Hydroxide is in there… as a chemist, if you inject this into the blood, you know you are a murderer.”

Dr. Noack was killed just days after blowing the whistle and releasing this video. His wife said it was a sneak attack and it was brutal. She pleads with us to have the courage to BELIEVE and to ACT NOW. She said her husband is a kind soul and he did this for us, he died for all of us.

Send out this video and my article to all doctors, experts and world leaders now. Governments are already injecting 5-year-olds with Pharma’s kill shots containing Graphene Hydroxide razors. This technology will cut up their insides and delivery a gruesome, painful death to our kids!

Last year the Austrian police busted down Dr. Noack’s door and arrested him in an attempt to stop him from speaking out. The incident was recorded on camera. He was clearly a target.

Dr. Ricardo Delgado a biostatistician and founder of La Quinta Columna, discovered that 99% of the Pfizer contents are Graphene Oxide. His team was smeared by fact checkers who provided no evidence of their libelous claims.

In my article entitled, “Graphene Oxide The Vector For Covid-19 Democide,” I explain the chemical process involved in reducing Graphene Oxide to a clear liquid serum by reducing its oxygen content. By doing so, Reduced Graphene Oxide (RGO) is more lethal. So yes, it’s scientifically possible that COVID serums can be 99% Graphene Oxide.

“The problem is that this is not a vaccine, this is a dose of graphene to a person.” – Dr. Ricardo Delgado

Whitney Webb attempted a smear piece on La Quinta Columna and the University of Almeria’s discovery, where she directly attacked Dr. Ricardo Delgado’s credibility without anything substantial. Investigative Journalist Ramola D. and myself debunked Whitney’s Webb of lies.

On August 19, another research team going by the name “The Scientist Club” found Graphene in 7 prominent Biotech serums using Optical Microscope, Dark-Field Microscope, UV absorbance and fluorescence spectroscope, Scanning Electron Microscopes, Transmission Electron Microscope, Energy Dispersive Spectroscope, X-ray Diffractometer, and Nuclear Magnetic Resonance instruments to verify the serums morphologies and contents. For the high-technology measurements and the care of the investigation, all the controls were activated and reference measurements adopted in order to obtain validated results.

For obvious reasons, The Scientist Club kept their identity secret. They analyzed Pfizer, Moderna, Janssen and AstraZeneca and found a Carbon-based substrate with nanoparticles embedded, Graphene sheets and Graphene Oxide.

Undeclared metal-containing components were found by scientists in Japan, which caused the Japanese Government to halt the use of Moderna’s serums. The Japanese Ministry reported that the particles found reacted to magnets and was therefore suspected to be a metal contaminant. Graphene, Graphene Oxide (GO) and Reduced Graphene Oxide (RDO) all have paramagnetic properties.

Dr. T. made a call out to all medical professionals in this urgent announcement asking medical professionals to report magnetic phenomenon because she believes that Graphene Oxide flakes are responsible for the “vaccine”-induced magnetism that we have witnessed internationally. Dr. Andrew Goldsworthy (retired) of Imperial College London has explained the possible mechanism here.

Pfizer Whistleblower Karen Kingston revealed in August, how Graphene Oxide was hidden under a trade secret and that’s why it wasn’t listed in the patents. However Kingston explains, it is in fact the key ingredient in the Covid-19 serums.

Another Chief Scientist for Pfizer blew the whistle in November, leaking internal emails on Stew Peter’s Show from top Pfizer executives and scientists discussing how they were going to hide from the public that Graphene Oxide is in their serums.

In April 2021, Health Canada recalled a million and a half KN95 face masks containing Graphene. Children had been forced to wear these masks in Canadian schools. Health Canada compared wearing them to breathing in asbestos all day long. These poisonous masks came from China’s Shandong Shengquan New Materials Co. Ltd.

Dr. Antonietta Gatti did a recent video interview on the toxicity of Graphene Oxide Nanometallic particulates to cells. She has found them in the “vaccines”, PCR kits and face masks.

In her groundbreaking 2017 report with Dr. Stefano Montanari, Dr. Antoinetta Gatti explains Nanoparticles inside cells destroy the innate defense mechanism of cells and cause blood clots, deadly inflammation, thrombi, and multi-organ failure posed by nanometallic particulates, which are non-biodegradable and indeed biopersistent. They can both enter cells, harm DNA, and be carried by the blood to bind with organic matter and coagulate in organs.

A Slovakian team analyzed PCR kit nasal swabs using SD Biosensor, Abbott and Nadal in a hospital laboratory from Bratislava. The team found that when DARPA’s Graphene Oxide Hydrogels come in contact with organic fluid (e.g., saliva) within a few minutes they begin to form rectangular crystal structures. These gradually grow in a fractal manner. A German research team also filmed the crystalline growth of the GO Hydrogels.

Several scientific papers show that Graphene Oxide is being used in gene therapy as a scaffold or platform for the delivery of mRNA into cells by way of its high electrical conductivity and ability to permeate cell membranes. The crystalline networks form in bodily fluid and replicate after injection and in the serum itself, as shown in this video of the Pfizer serum. It sure does look like nano high frequency antennas.

Scientists have developed a novel way of making carbon nanotubes at the NanoScience Center of the University of Jyväskylä, Finland, and at Harvard University, in the US.

Graphene was part of the first human genome project initiated in 2001. mRNA gene therapy using Graphene Oxide as a vector, was developed by CRSPR, Pfizer, Moderna, and BioNTech, as a treatment for sick cancer patients. Due to its cytotoxicity (cell death) in healthy cells and the fact that all the animals died in the animal trials, Graphene Oxide Nanotechnology was never approved for use on Humans.

It should be quite clear to everyone by now that the pharmaceutical cartel is using this technology worldwide, in illegal Human trials and trying to mandate their poisonous “vaccines” on everyone, with impunity.

Dr. Chunhong Dong is lead author of a study from the Institute for Biomedical Sciences in China where he boasts,

Graphene Oxide has been carefully engineered as a “vaccine adjuvant for immunotherapy” and Polyethylene glycol (PEG), another highly toxic poison, is used as coating polymers. PEGs are widely used as additives in pharmaceuticals, cosmetics, and food. But PEGs come with potential life-threatening hypersensitivity reactions including anaphylaxis.

This is not a big name brand but they do mention “Carbon graphene loaded nano particles and micro-particles” in their Sars-Cov2 patent invention.

Here’s a list of peer reviewed medical studies on Graphene Oxide Toxicity and how it coagulates the blood. How much more evidence do you need to BELIEVE?

Dr. Bärbel Ghitalla and her team put different brands under a microscope and found things they could not explain, but are explained in the “Covid-19 vaccine” patents.

ARE YOU A BELIEVER NOW?

If you would like to donate to my work as a tax ride off, please email me here: metanutrients@mailfence.com 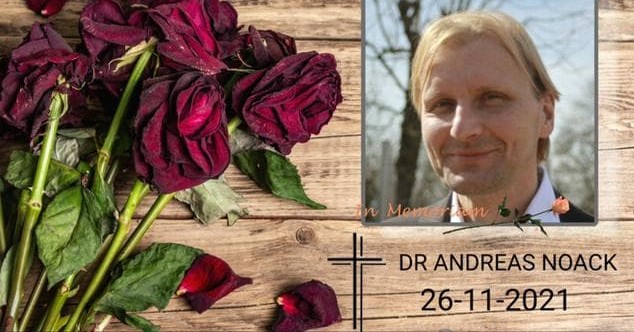 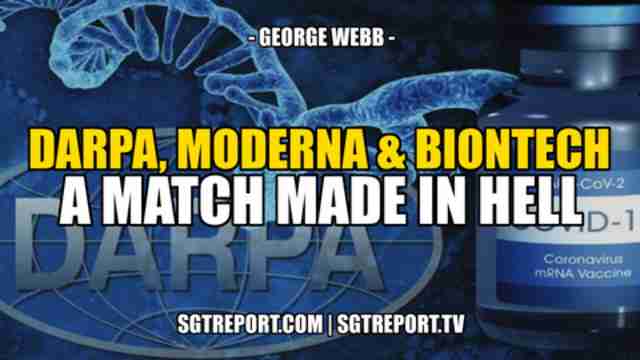 Rumble — Deep researcher and citizen journalist George Webb joins me in this blast from the past discussion about the deep state, white hats & the DARPA connection to both Moderna and BioNTech, which technically means that if the “vaccines” are truly as deadly as we believe them to be, your own government has funded your destruction.