The white man charged with murdering 10 Black people at a supermarket in Buffalo appeared briefly in court Thursday after a grand jury indicted him on a first-degree murder charge. (May 19)

BOSTON – At about 10:10 AM on Thursday May 19, 2022, officers assigned to District A-15 (Charlestown) assisted by members of the BPD School Police Unit arrested a 13-year-old male from Hyde Park after responding to a call for a recovered firearm at Charlestown High School located at 240 Medford Street.

On arrival, the officers were informed that a staff member had been asked to check on two students who were loitering in a 4th floor bathroom. As the staff member approached the bathroom door, the suspect exited and was observed discarding packaging of vaping materials into a trash can. The student was instructed to go to a nearby office where the staff member conducted a search of the suspect’s backpack leading to the discovery of the firearm. Due to the serious nature of the incident, staff immediately contacted 911 and the school was placed in ‘Safe Mode’. The officers then quickly arrived on scene and placed the suspect in custody without incident.

The firearm was recovered by BPD Detectives for processing and determined to be a 9mm handgun with the slide of a Glock 26 affixed to a polymer frame loaded with 8 rounds of ammunition.

INCIDENT #2: At about 12:30 PM, officers returned to Charlestown High after school administrators located a second loaded firearm (9mm Glock handgun) in an unattended backpack which was determined to be owned by a 17-year-old male from Mission Hill. It was later determined that this second suspect had been observed entering and exiting the same bathroom with the 13-year-old suspect who had been detained and arrested earlier in the day. The second suspect was placed in custody without incident on scene.

As a result of the two recovered firearms, members of the BPD K-9 Unit were requested to conduct a protective sweep of the entire building. 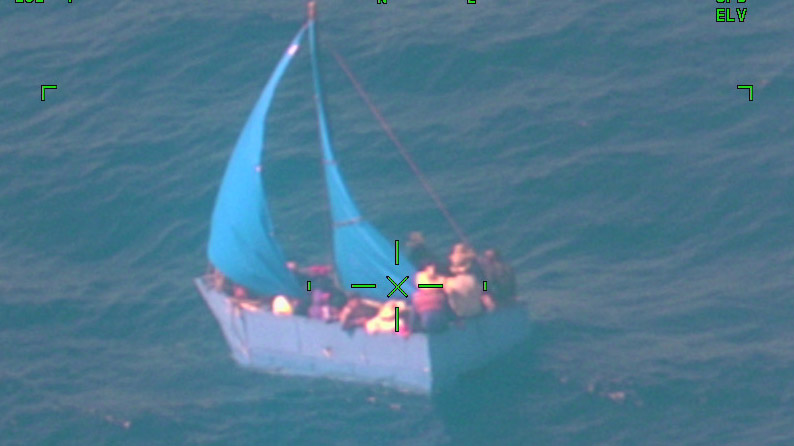 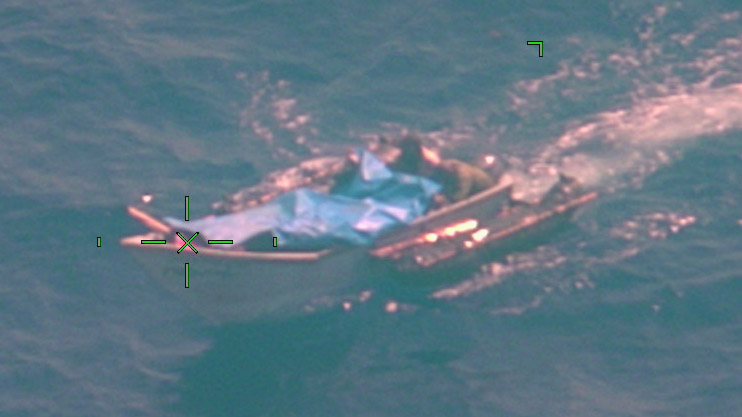 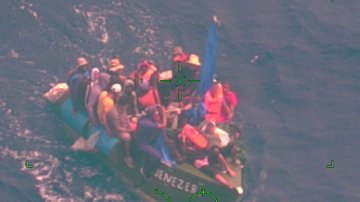 “The Coast Guard and our partners have increased air and surface patrols in the Florida Straits, Windward and Mona Passages,” said Robert Copeland, a Coast Guard District Seven enforcement officer. “These waterways are dangerous, unpredictable and the risk for loss of life is great.”

Once aboard a Coast Guard cutter, all migrants receive food, water, shelter and basic medical attention. 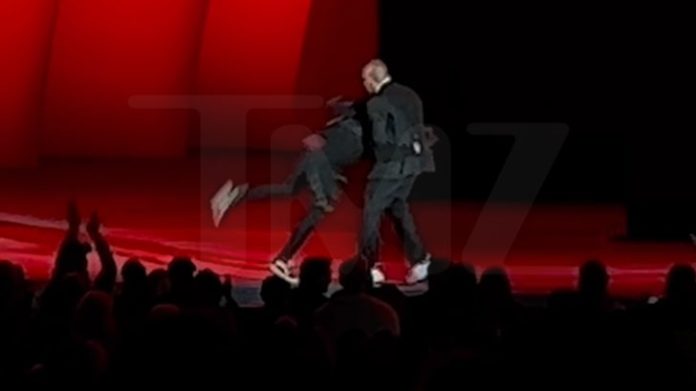 “The publicity generated by the attack on Mr. Chappelle helped police solve this crime,” said District Attorney Gascón. “The incident that occurred at the Hollywood Bowl was misdemeanor conduct and rightfully referred to the City Attorney’s Office. Based on the nature and severity of the December attack, Mr. Lee is now facing felony charges which my office will prosecute.”

Lee pleaded not guilty to the charge today and is scheduled to return on June 2 in Department 32 of the Foltz Criminal Justice Center. Case BA505489 was filed for warrant on May 18.

Lee is charged with stabbing his roommate during a fight at a transitional housing apartment on December 2. As a result of media reports about the Chappelle case, the victim recently identified Lee as the person who committed the assault he had previously reported to police.

SAN JOSE, Calif. – The grandfather and uncle of a 3-year-old girl who died during a San Jose church “exorcism” have been charged with felony child abuse causing death.

Rene Trigueros Hernandez, 59, and Rene Aaron Hernandez Santos, 19, were charged after evidence showed that they were active participants in the 12-hour-long “exorcism” at a small, makeshift church, in which they and the child’s mother smothered and strangled the toddler until she died of asphyxia.

Evidence shows that the now-three charged suspects in the child’s death believed that they were expelling an “evil demon” from the child’s body.

Claudia Hernandez, 25, was previously charged, arraigned, and remanded to jail. The new defendants in the case were arraigned on Friday, May 13. If convicted of the felonies, they face life in prison.

District Attorney Jeff Rosen said: “A child is gone because of unimaginable behavior by the same people who should have been taking care of her.”

On September 24, 2021, at approximately 8:12 p.m., the San Jose Police Department was notified of a child death. The woman who reported the matter stated that her 3-year-old daughter died. The police responded to a church on South 2nd Street. Firefighters and medical responders found the baby on the floor of the church.

It was hours after the child had died.

The mother believed that her daughter was possessed by a demon because the little girl would wake up in the middle of the night and cry.

Starting around noon the day of the 3-year-old’s death at the church, evidence shows that the three (the elder Hernandez is a pastor at the church) at various points were praying, strangling, and pushing on the child’s 38-pound body to cause her to vomit up the evil spirit.

The child was pronounced dead at Valley Medical Center at approximately 9:00 p.m.

The autopsy report showed that the child died due to asphyxia from smothering and mechanical asphyxiation, which is force applied to the chest, as well as the mouth and neck. There were many injuries to the child, and they were found all over her body. The most pronounced of the injuries were to her neck and chest, as well as internal bleeding in the heart, bowel, and pancreas, caused by the chest pressure. 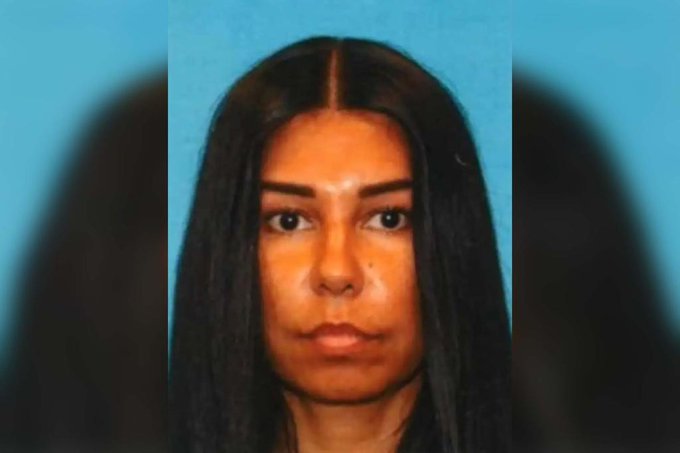 CALIFORNIA – An Arizona woman faces felony charges for pretending to be a licensed dental hygienist in Santa Clara County for years.

Elizabeth “Mina” Larijani, 50, also known as Elizabeth Garcia Costilla, collectively worked at and attempted to work at more than 10 dental offices in the South Bay between 2015 and 2020.

Investigators in the District Attorney’s Office found her in Glendale, Arizona, where she was working as a dental hygienist. She was extradited to San Jose for her arraignment on May 13, 2022. Larijani was held on $40,000 bail, set by a judge. She was released yesterday. Her next court date is June 13, 2022.

“The last thing someone needs to be worrying about is whether the person cleaning their teeth, or using anesthetics, is licensed to do that work,” DA Jeff Rosen said. “We are grateful to the Dental Board investigators who brought these violations to our attention, and to the law enforcement agencies in Arizona who assisted us in locating the defendant.”

When dentists questioned her qualifications, she moved on to another office. Evidence shows that she worked illegally in offices in San Jose and in Campbell.

To become a RDH, a person must apply with the Dental Hygiene Board of California, complete an approved educational program, and pass both written and clinical examinations.

President Joe Biden has yet to comment at press time on the specifics of a mass shooting in California this weekend that law enforcement officials said was motivated by hate against the country of Taiwan as he prepares to leave Thursday for a trip to Asia.

David Chou (Chou Wenwei), 68, an American born in Taiwan and later identified as a member of a Chinese Communist Party umbrella organization, allegedly chained shut the doors of the Geneva Presbyterian Church in Laguna Woods, California, and opened fire on a group of Taiwanese congregants during a luncheon to honor a pastor.

He shot and killed one man and injured five others before being subdued by members of the congregation.

The victims in the attack ranged between 66 and 92 years of age.

Authorities said they found items in Chou’s car that indicated he was “upset” by the existence of a Taiwanese state. 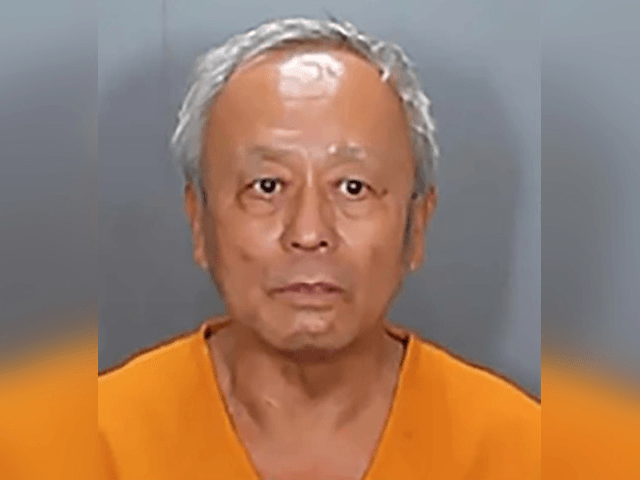 Taiwan is an island country off the coast of China. It has a democratic government fully independent of Beijing, but the Communist Party insists that the island is a “province” of China. Taiwan has never been governed by any government headquartered in Beijing and China has no practical state powers over Taiwan currently.

The suspect previously appeared at a local Las Vegas protest, holding up a banner against Taiwanese “demons.”

Biden has remained quiet on the attack even during a White House reception to celebrate Asian-American heritage on Tuesday.

The president mentioned “hate crime shootings in Orange County, California; Dallas, Texas, just last week” but did not specifically call out the anti-Tawainese hatred of the shooter.

On Tuesday, Biden traveled to Buffalo, New York, repeatedly promising to call out and expose racism after a shooter, believed to be an anti-black racist, shot and killed ten people in a grocery store. 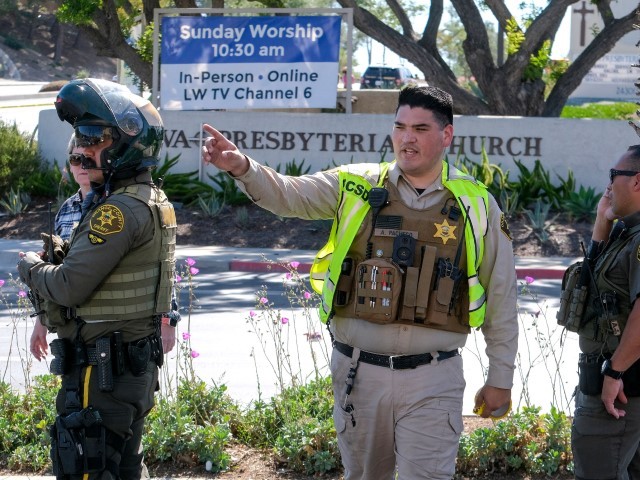 Police investigate after a shooting inside Geneva Presbyterian Church in Laguna Woods, California, on May 15, 2022. (Getty)

Vice President Kamala Harris also vowed to speak up and condemn racism but has abstained from addressing the California shooting. Harris was celebrated upon her election as the first Asian American vice president, as her mother was born in India.

“The President and I, and all of us as leaders, will not be silent,” Harris said during the White House celebration. “We will not stand by. We must always speak out against violence, against hate crime and discrimination, whenever and wherever it occurs.”

The White House could not explain why Biden remained quiet about the California shooting when reporters asked if he had made calls to the leaders of China and Taiwan or was concerned about tensions between the two countries.

“I don’t have any calls to preview of — calls with Chinese and Taiwan as it relates to this particular case,” she said. “Our thoughts are with all those affected by gun violence, including the incidents — the other incidents that at — that happened this weekend in Houston, in Milwaukee, in Chicago, and, as we know, in Buffalo.” 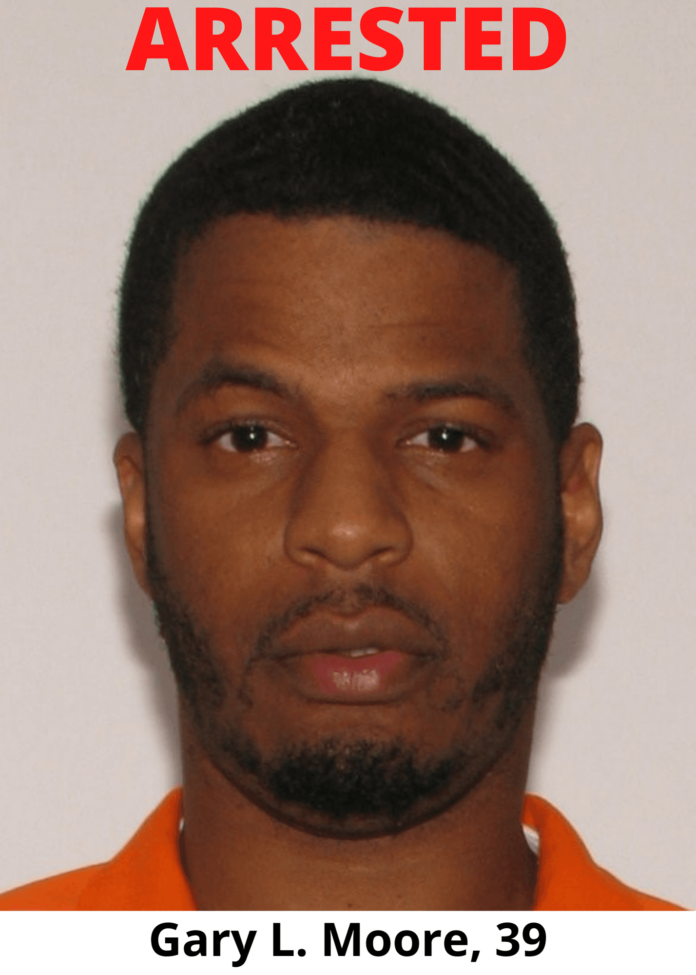 NORFOLK, Va. (NPD) – A fugitive has been arrested for a shooting that left a man dead and two others injured.

On April 2, 2022, around 6:25 p.m. police responded to MacArthur Mall located at 300 Monticello Avenue for the report of a gunshot disturbance. When Officers arrived on-scene, they found a man outside of the mall suffering from a gunshot wound. The man, identified as Roosevelt A. McKinney, 33, of Norfolk, was pronounced deceased.

Police also found a woman suffering from a gunshot wound and another man with a gunshot wound. Both victims were transported to Sentara Norfolk General Hospital with non-life-threatening injuries.

As a result of the investigation, Gary L. Moore, 39, of Virginia Beach, was charged with second degree murder, two counts of malicious wounding, and three counts of use of a firearm. On Wednesday, May 18, 2022, Moore was taken into custody without incident in the City of Norfolk.