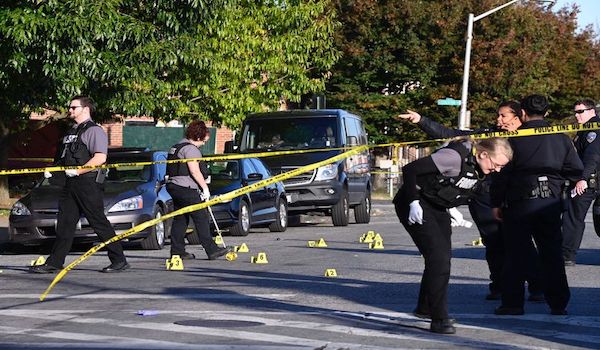 Monday saw another call for peace in Milwaukee as city leaders work to figure out ways to curtail violence trending in the wrong direction. Non-fatal shootings to date this year have increased more than 78 percent, if you compared the numbers to 2020.

Homicide rates spike in Milwaukee as gang wars rage on

Acting MPD Chief Jeffrey Norman said it’s all hands on deck when it comes to getting violence under control.

“Anybody who saw what happened over the weekend has to be disturbed with the level of violence that we are seeing here in the City of Milwaukee,” said Milwaukee Mayor Tom Barrett.

Through April 25, Milwaukee police have responded to 47 homicides and 214 non-fatal shootings so far this year.

“What we fear at MPD is that this trend is increasing,” Norman said. “We’re still challenged. 2020 has given a gift to 2021 that I don’t think anybody wants.”

Teens and babies among the death toll while BLM remains silent

Behind the numbers are people like 18-year-old Timothy Adams, who survived a road-rage shooting last September. The shooting happened on the one day he couldn’t make football practice.

“Football kept me out of a lot of things,” Adams said.

He lives down the street from Sherman Park, where a 17-year-old boy, Roy Thomas, was killed in a shooting last week.

Adams said he knows many of the teens in the area, and prays for their safety.

“If kids had something to be into, they wouldn’t be out here in these streets honestly,” Adams said. “After school activities and stuff. I stayed in during all of that because I know how this city is.”

MPD said it plans to hold an emergency meeting Tuesday with stakeholders to discuss ways to keep youth engaged and lower crime this summer. 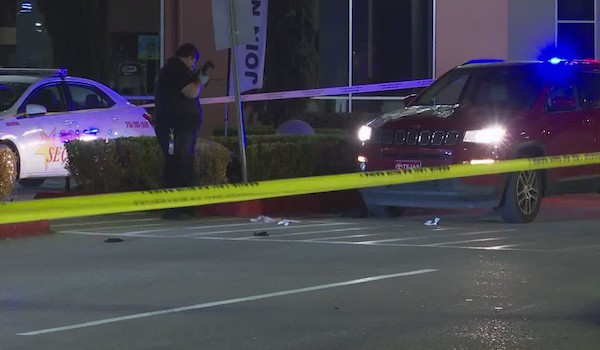 Houston police are looking for the suspects involved in a robbery that led to a deadly shooting outside a Dave & Buster’s on Sunday night. Crime rates are spiking in Democrat run cities all over the country.

The shooting happened around 10 p.m. at the Marq’E Entertainment Center along the Katy Freeway, according to Detective Jason Escobar with the Houston Police Department.

Officers said a man and his family had been inside the Dave & Buster’s for several hours, and he was later shot while next to his Cadillac SUV in the parking lot. Police said the victim’s juvenile daughter witnessed the whole thing.

The dad ran for help after he was shot, and he was taken to the hospital where he later died. The daughter was not hurt. Police said it was a tragic end to a family outting.

“They arrived here several hours before the shooting occurred, and it was pretty much a night out with family, and unfortunately it ended up turning into something more,” said Detective Escobar.

Police are now reviewing surveillance in the area. Currently, a description of the suspect or suspects has not been released. Anyone with any information is asked to call HPD Homicide or Houston Crime Stoppers at 713-222-TIPS.

Houston sees spike in homicides in 2021

The number of homicides in Houston this year is considerably higher than the significant increase seen in the city last year.

As of Tuesday, KPRC 2 Investigates calculates the number of homicides reported in Houston during 2021 at 105. That compares to 73 by the same day in 2020.

The latest homicide added to the growing number was that of a man found shot to death in the parking lot of a strip mall at the corner of Gessner Road and Harwin Drive in southwest Houston.

With more than 400 homicides, last year’s numbers were the highest in at least 15 years, possibly the highest since the 1980s.

Incoming Houston police Chief Troy Finner has said that “crunching crime” is one of his main priorities. He said he has met with the FBI to discuss solutions. He said the biggest weapon in the department’s arsenal is the public.