The war against the Queensland Labor Party’s vaccine mandate for business moved up another notch yesterday with 400 Mareeba Shire residents making a determined stand against the Health Department direction due to take effect on December 17.

A range of speakers told the crowd of mums and dads, young and old at the racecourse gathering that the mandate essentially is unlawful.

Written advice from Sibley Lawyers is that Premier Palaszczuk has no lawful basis to decree vaccinations.

“It is to be strongly argued that the CHO also has no power to direct mass mandatory vaccinations,” the advice said.

It follows on this would include any person’s vaccine record.

Penalty is imprisonment for 5 years or 300 penalty points or both.

A large number of businessmen and women were in attendance and questioned the viability of their business and their ability to retain valuable, un-vaccinated staff should the mandate be enforced.

The Privacy and Fair Work Acts gave them some hope because it was pointed out no state law can override federal law and the provisions of the federal act in essence renders any state government business vaccination mandate unworkable and in part, unlawful. The Privacy Act states:

(2)  A person commits an offence if the person:

(a) refuses to enter into, or continue, a contract or arrangement with another person (including a contract of employment); or

(b)  takes adverse action (within the meaning of the Fair Work Act 2009) against another person; or

(c)  refuses to allow another person to enter:

(i) premises that are otherwise accessible to the public; or

(ii)  premises that the other person has a right to enter; or

(d)  refuses to allow another person to participate in an activity; or

(g)  has not downloaded COVIDSafe to a communication device; or

(h)  does not have COVIDSafe in operation on a communication device; or

(i)  has not consented to uploading COVID app data from a communication device to the National COVIDSafe Data Store.

Penalty:  Imprisonment for 5 years or 300 penalty units, or both.

The word ‘activity’ is very broad and covers almost any facet of daily life.

Business owners were concerned that their staff or themselves would have to police customers by checking their vaccination status before entering, an onerous task they said they were not prepared to do.

The consensus was few were concerned about the vaccination status of others which is a personal choice.

They said class sizes would double after thousands of teachers left schools for refusing vaccinations, echoing a similar warning put forward by Katters Australian Party leader Robbie Katter earlier this week saying there was already a shortage of teachers..

The local teachers believed many parents would remove their children from schools and start home-schooling, which, if one examined the Queensland socialist/green curriculum would be a desirable outcome.

The meeting finished at 2.30pm, resolute that business proprietors present would not be adhering to any Covid mandate from the Labor government. 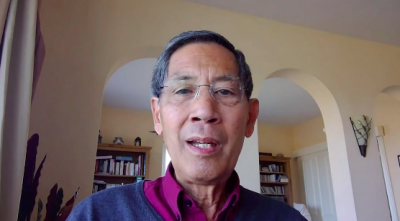 Joining us today is Dr. Sucharit Bhakdi, here to discuss the ‘dangerous mRNA vaccines’ and how he and his organization warned about the blood clots (and much else now coming to pass) that we are now seeing from the COVID-19 injections, months before they began.

He stresses that it is important that we come to understand what Cerebral Venous Thrombosis is, and why all of its symptoms seem to be identical to what we are told COVID-19 symptoms are.

Or listen to the podcast below.

This article was originally published on The Last American Vagabond.