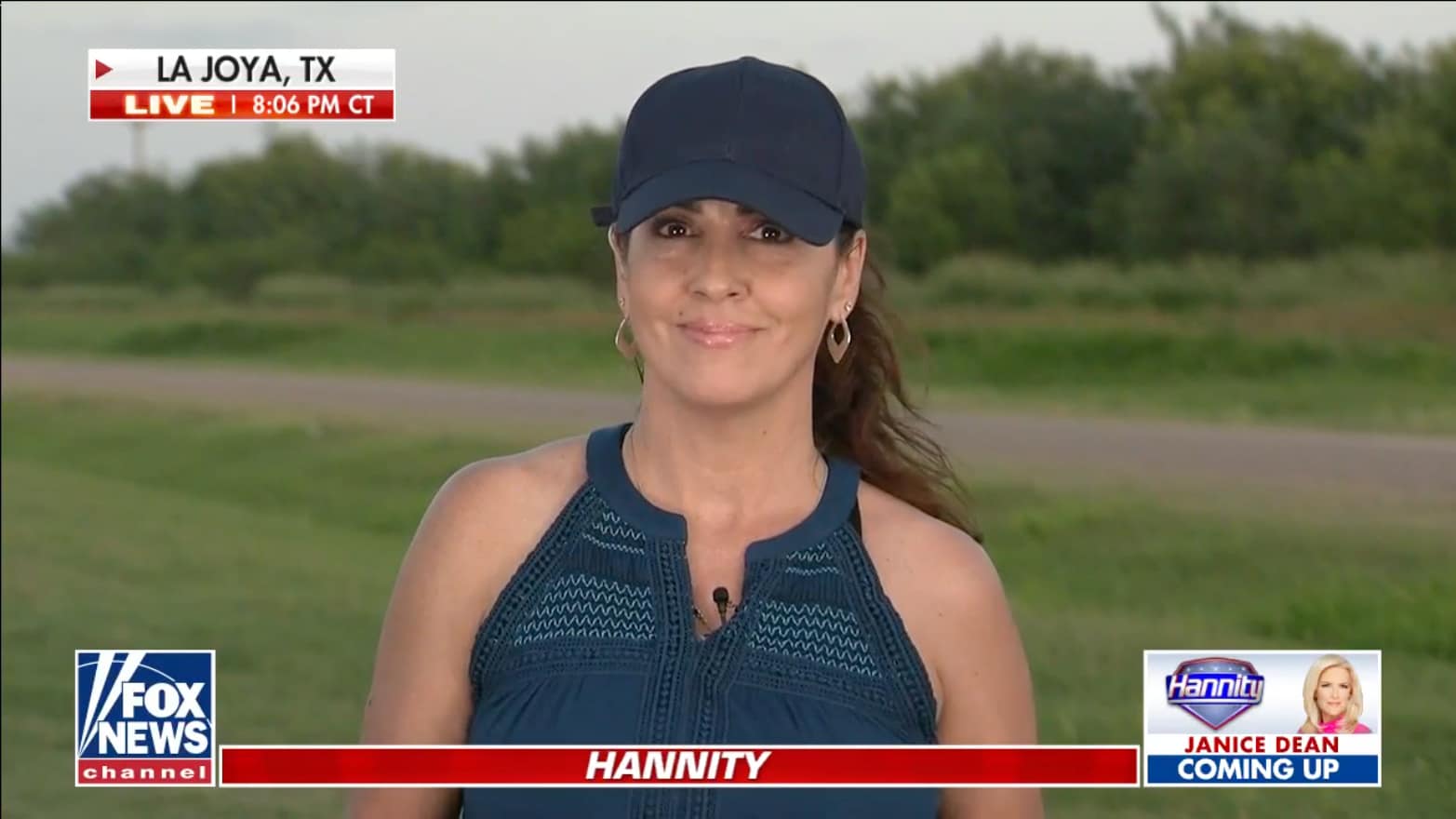 As COVID-19 cases and hospitalizations rise in 46 states, Sara Carter reports from Texas to show how illegal immigration is behind the increase. Migrants crossing the border following the Biden administration are released into states all over the country. Oftentimes they’re taking the virus with them.

Carter appeared on Hannity Tuesday to discuss the immigration trends in La Jolla and McAllen. “Here in the Rio Grande Valley Sector they’ve seen over 20,000 people just this past week entering through the border,” Carter said. “Many of which have never been vaccinated for COVID, come in contact with our Border Patrol agents and then are released.”

“Right now what we’re seeing is the policies that were put in place by the new administration has just made it an open door into the United States,” Cabrera told Carter. “It’s not just the Central Americans or South Americans.“

As a result, many migrants take on deadly risks to be among those at the open border. “We have a lot of heat casualties,” Cabrera said. “We are seeing more people coming over with COVID. We’ve had some agents just recently test positive.”

Cabrera says the solution is to revert to former President Trump’s border policies. “The only way to solve this is mandatory detention and mandatory removal,” he said.

Meanwhile, neither President Biden or Vice President Harris have visited this section of the border. But Border Patrol continues to invite them. “They need the Biden Administration to see what is actually happening on the ground,” Carter said following her visit. “This is a humanitarian crisis and a national security crisis. They’re expecting more than 100,000 people to enter this border this coming month.” 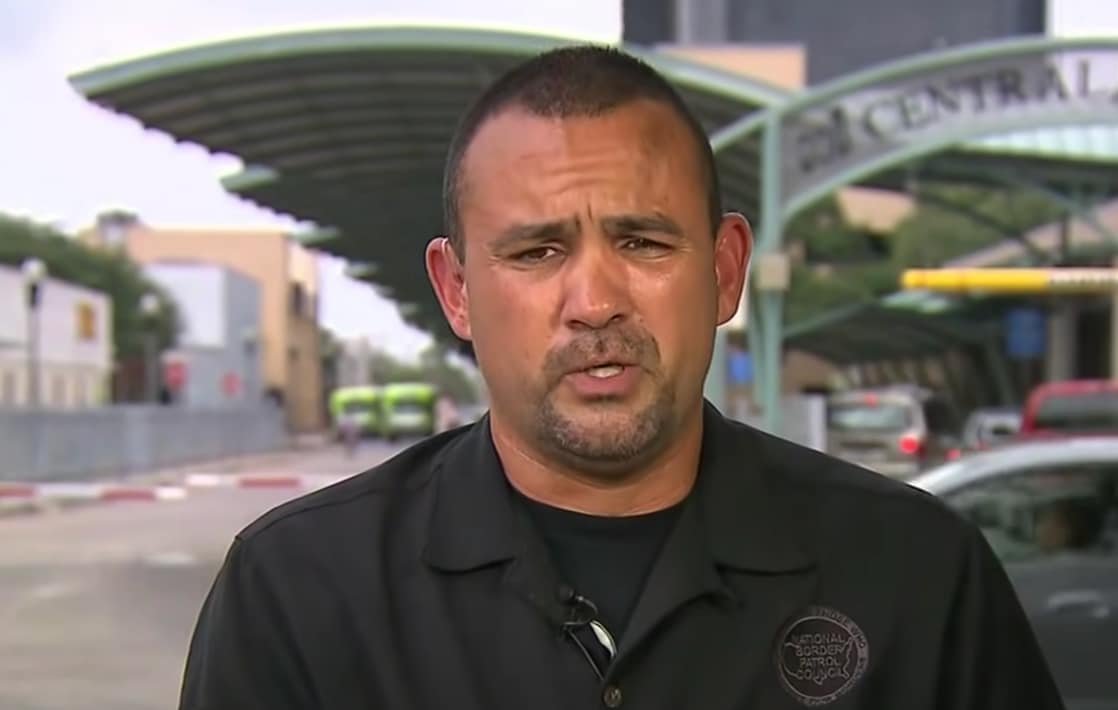 National Border Patrol Council Vice President Chris Cabrera said that a reason why the trek migrants make to and across the southern border is because of the health risks and danger posed by the journey as well as a general lack of medical care available back in their home countries and on the way to the U.S.

Appearing on Monday’s episode of “The Sara Carter Show” podcast, Cabrera described to host Sara Carter that the border crisis is “a serious thing” he thinks “goes way past politics.”

“It’s a humanitarian issue when you have these young kids—seven years old—traveling alone, and sometimes even younger,” he said. “We’ve seen three- and four-year-olds, two-year-olds, or a 14-year-old traveling with a four-year-old. It’s very dangerous for these kids. And I feel that not everybody’s taking this as seriously as they should.”

Following that, Sara Carter said that “almost 100% of the time” the first person that people crossing the border are going to encounter, or even turn themselves into, is a Border Patrol agent—”whether they’re sick, whether they’re just turning themselves in, whether they’re going to be apprehended”. This, she said, is because many of these migrants are “trying to run away […] and a lot of times these children and people—this is the first time that they have actually even been with someone that can get them to a doctor or whatever. And on this long journey—some people taking eight weeks to get here—some people become very ill.”

Carter then brought up Cabrera on the border helping a migrant man get medical help, which she had also witnessed.

According to Carter, there was a man who was with a large group of people, as well as with his two daughters. He told Cabrera and Carter—who both speak Spanish—that he had lost his wife to cancer, possibly in Honduras, and that he had traveled with his two young daughters. Describing the man as “so sick,” Carter noted that she and Cabrera didn’t know if he had COVID-19 or if he was asthmatic, noting that his oxygen levels “were very low.”

Recalling the encounter, Cabrera said, “I had my medic gear with me, not all of it, because usually we have fully stocked vehicles.”

“We see this guy and he’s complaining that he can’t breathe, and he’s got a look of distress on his face. So I talked to him to get as much out of him as I could. And then he really starts coughing—wet cough—and didn’t have his asthma inhaler. I took his levels and he was down in the 70s. So we called for a medic, another medic to show up who wasn’t from the area,” he continued.

MORE ON THE BORDER: Government employees asked to take paid leave to help with migrant surge at the border: report

“It was just taking too long, so we just throw him in the back of my personal pickup truck—him and the family—and took off and got him to an aid station where he could get some oxygen, and ultimately he ended up going to the hospital,” Cabrera added.

Also while talking about this, Cabrera noted that there are “a good number of Border Patrol agents” who “are cross-trained as EMTs or paramedics.” Having EMTs out there, he said, is “a necessity” because “we work in areas that are inaccessible to ambulance emergency services”.