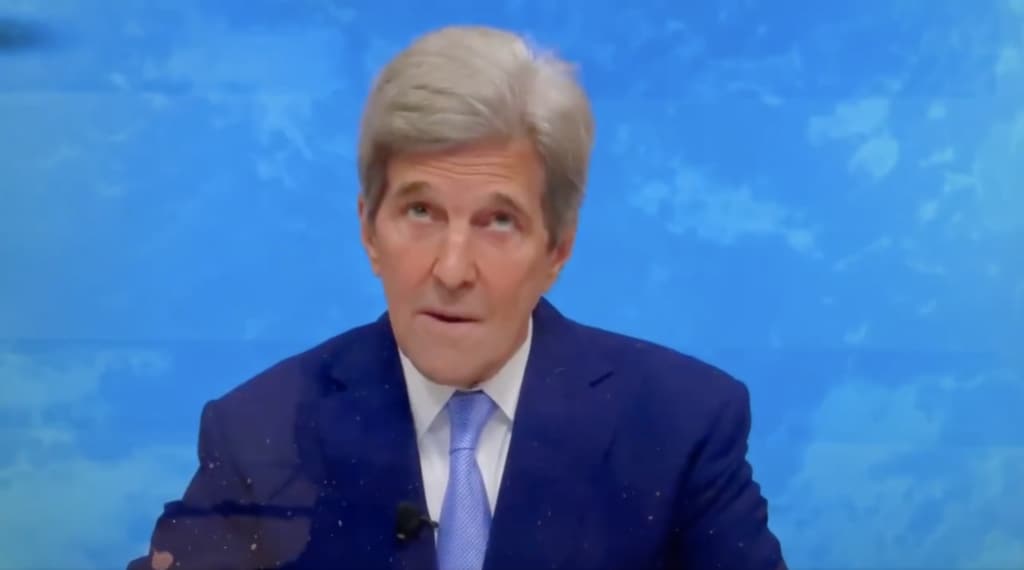 John Kerry, President Joe Biden‘s climate czar, during the world leaders’ virtual climate summit on Thursday talked about how getting carbon dioxide out of the atmosphere will be critical in combatting climate change, even if the United States achieves net-zero greenhouse gas emissions.

“You said twice [that] getting to net-zero is going to be hard, really hard,” Biden’s Special Envoy for Climate said to a reporter at one point during the summit, on Earth Day. “And I would just remind everybody that that will depend on whether or not we have some breakthrough technologies and breakthrough innovations.”

“But even if we get to net-zero, we still have to get carbon dioxide out of the atmosphere,” he continued, adding that “this is a bigger challenge than a lot of people have […] really grabbed onto yet.”

Along with reducing carbon dioxide emissions to reach net-zero, environmentalists and scientists have said that removing the massive amount of carbon dioxide that humans have already been emitting into the atmosphere will be critical in fighting climate change. The goal would be to reduce the concentration of carbon in the atmosphere to a “safe” level, which scientists have generally placed around 350 parts per million. According to Carbon Brief, the concentration as of March 2021 has reached about 417ppm, a 50% increase over the 1750-1800 average.

The World Resources Institute, a global environmental nonprofit, illustrated six possible ways to remove carbon from the atmosphere. These include: a variety of ways to increase the amount of carbon stored in soil, Bio-energy with Carbon Capture and Storage (BECCS), direct air capture technology, carbon mineralization, a number of ocean-based carbon removal concepts, and planting more forests.

There also exists a possibly lucrative opportunity for certain businesses to make lots of money by utilizing air-captured carbon in certain products and services, which, according to a 2019 report from Vox, could potentially create a $1 trillion market by 2030.

Kerry’s comments came on the same day that Biden pledged to slash U.S. greenhouse gas emissions by 50% to 52%—compared to 2005 levels—by 2030, as part of a broader goal of achieving net-zero emissions in the country by 2050.

RELATED: Biden vows to cut nearly half of greenhouse emissions by 2030