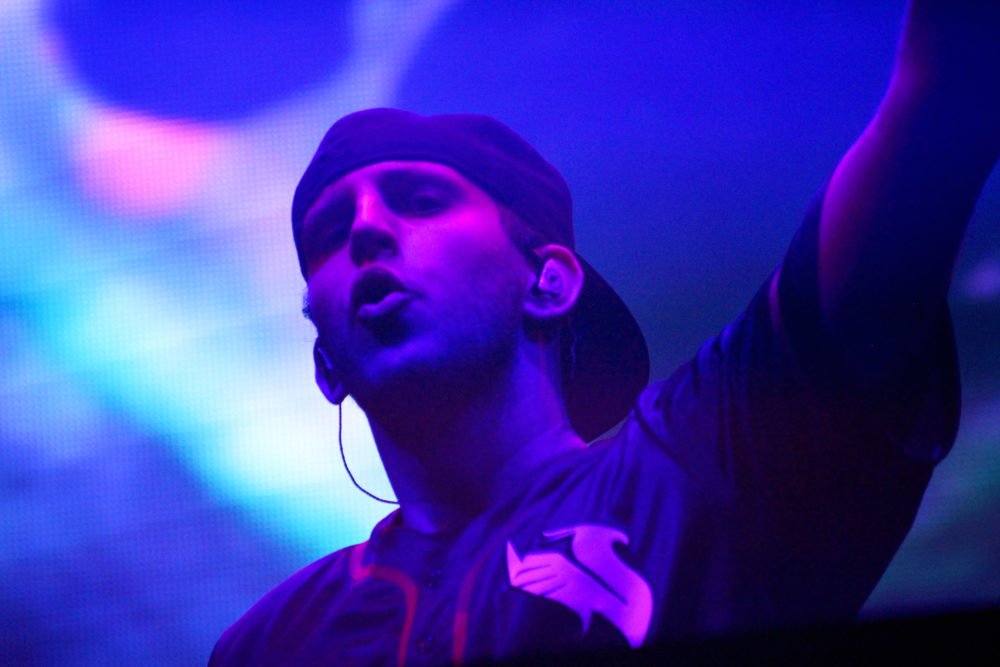 Nicholas Miller, an electronic dance music (EDM) DJ who goes by the stage name “Illenium,” apologized Monday for playing a popular song by an artist who faces trial over allegations of sexual assault.

“why did illenium play nice and easy by b*ssnectar at ember shores,” wrote one user on Twitter who axed the “a” from “Bassnectar” to erase the artist facing charges.

“I apologize guys. I honestly didn’t know it was a BN song. I’m deleting it from my library,” the DJ said. “It was insensitive of me to not pay closer attention to detail. Lesson learned.”

I apologize guys. I honestly didn’t know it was a BN song. I’m deleting it from my library. It was insensitive of me to not pay closer attention to detail. Lesson learned. https://t.co/bsYIuir9Yx

“EDM Twitter” began to trend in Twitter’s category on music after users complained over the DJ’s setlist pick, deemed sour by association, playing in Cancun, Mexico at Illenium’s three-day festival. While some were self-righteously offended by the song selection, many came to Illenium’s defense with criticism of the overly-sensitive online EDM community saturated with aggressive wokeness.

YOU GUYS ARE REEEEEEALLY TRYING TO COME AFTER @ILLENIUM ?!!!

Cancel culture has to be the STUUUUUUUPIDEST thing ever. 😂😂

EDM Twitter has reeeeally gone down the drain. Keep your negative vibes.✨ pic.twitter.com/1kbCRcdckd

The apology-prompting outcry doesn’t just expose the disproportionate power online leftists wield with internet activism, considering video footage reveals no such outrage in person but instead an enthusiastic crowd. It also pulls back the curtain on the insanity of the culture’s direction.

Artists are inevitably going to do terrible things, but to what degree does it warrant canceling the legacy of their work? It doesn’t.

Bassnectar, whose real name is Lorin Ashton, announced an indefinite hiatus from music last year after a series of women came forward with allegations of sex trafficking. Ashton, a group of women claim in a lawsuit filed in April and amended this summer, seduced them when they were minors while in his 30s. Now 43, Ashton has denied the accusations through his attorneys, calling them “demonstrably false.”

While any truth behind the allegations will ultimately be settled in court, Ashton’s guilt was already predetermined among the EDM community.

Guilty or not, the artist’s cancellation to the degree of erasing his more than a decade of music is a bridge too far. Are those who are offended by Illenium playing a Bassnectar track similarly offended by Hulu streaming “Good Will Hunting,” produced by Harvey Weinstein? Will they demand Netflix pull “House of Cards” starring Kevin Spacey? Can Americans still listen to Michael Jackson? Should we stop watching Woody Allen and Roman Polanski?

Examining the morality of each player in pop culture — let alone before guilt or innocence is conclusively determined — is not only exhausting, but it’s also a pointless waste of endless virtue signaling.

The deplorable David Lange has been cyberstalking me for the last three years! He’s written a total of 18 libelous and defamatory blogs targeting me and claiming that I hate Jews. Lange has also been recruiting people in government to assault me.

Lange is an employee of SAP Israel. He is a hateful Zionist, and an insidious liar. He claims I have been attacking him “for years” when it is he who has been attacking me for years, using the Israeli state’s cyber warfare tactics!

Lange also attacks hundreds of other people and human rights activists critical of Israel’s racism, Apartheid, and policies of ethnic cleansing. In fact, assaulting innocent people seems to be a full-time career for Mr. Lange.

Lange has been assassinating my character since February of 2018. I called and wrote to SAP Israel but they ignored me! Why are the employees of a multinational IT company harassing me and cyber stalking me online and in my country of residence? Why is a multi-national IT company making false accusations against me and why has SAP Israel been trying to damage my reputation and my earning power?

I have never in my life hated Jews and I have also never spoken against Jews! These are LIES! I love Jews and I stand in solidarity with Authentic World Jewry, the True Torah Jews, in their fight against the vicious evils of Zionism, the despicable racism of Apartheid, and the illegal military occupation of Palestine! I love all people and it is my right to defend other people’s human rights.

In his latest smear, Lange claims I am “crazy” but who is he to judge? Lange is assaulting single women and even children! Lange and his colleagues even called for the rape of the child political prisoner, Ahed Tamimi, and the murder of another innocent child!

Lange claims I’m “not a doctor” but I have a legal certificate that says I am. Stew Peter and Red Voice Media were very thorough in screening me before having me on the Stew Peter’s Show. So who does Lange think he’s fooling?

I admit I was a bit nervous in my first interview because Stew Peter’s has millions of viewers. Sometimes I undervalue my own abilities but that’s due to years of targeted assaults and defamation by SAP Israel employees.

Lange appears to have a psychopathic personality and relishes in the untold harm he causes to innocent women and children. He should be locked up behind bars because he’s a menace and a danger to society at large.

Lange claims he never worked for SAP Israel but I have documented evidence to the contrary, by Lange’s own admission.

Read more about the deplorable David Lange and SAP Israel’s ongoing cyber assaults and gang stalking against me and my family, in my article entitled, Ariyana Love Persecuted By Christian Zionists In Finland And SAP Israel.

Feel free to write to SAP Israel and tell them what you think about Lange’s activities. They have worldwide locations in their directory here.