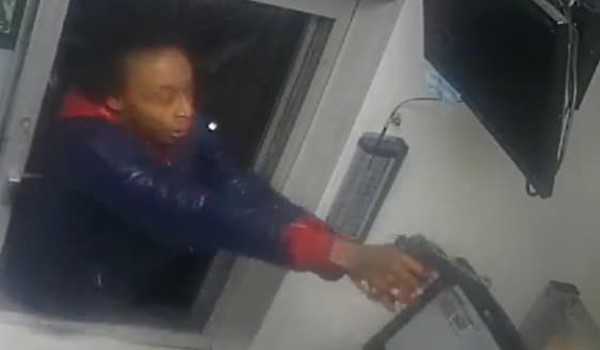 A woman is facing attempted murder charges for allegedly firing a gun through a Burger King drive-thru window. Investigators say the Tennessee woman was upset by the wait time at the fast-food restaurant.

On March 30, Memphis police were called to Burger King after shots were fired. Employees told them a woman was upset about the wait time while being served at the drive-thru window.

She got out of the car, and surveillance video shows she is holding a black handgun as she leans through the window and fires several shots into the restaurant, according to a social media post by police. Employees were able to escape through a back door and no one was injured.

Police arrested the woman responsible. They say 32-year-old Keona Jackson was upset about the wait at the restaurant drive-thru and argued with several employees before grabbing a gun, leaning into the window and opening fire.

The employees weren’t injured, but police recovered several spent shell casings and a bullet lodged in a wall inside the store.

Police released surveillance images of the then-unidentified suspect April 1 and the next day officers received a Crime Stoppers tip identifying Jackson as the shooter.

Jackson is now charged with two counts of attempted first-degree murder and using a firearm during commission of a dangerous felony.

This lady just couldn’t wait any longer for her food at a Burger King drive-thru, so she grabbed a gun, leaned inside the window, and opened fire https://t.co/zPWZLVhq9y

Not even Burger King is safe from ghetto savages

Three other women who were caught on camera assaulting workers during a robbery at a Palm Beach County Popeye’s drive-thru have been arrested, authorities said Friday.

The three women – Brianna Toombs, Chloe Hernandez and Joanna Ceidi – were arrested on robbery with a weapon and burglary with assault or battery charges, the Palm Beach County Sheriff’s Office announced.

The sheriff’s office released video earlier this week showing the altercation in the drive-thru of the fast food eatery in Lantana.

Officials said the three suspects and another woman were involved in a verbal argument with an employee. During the argument, one of the women spit at the employee, officials said.

The footage shows all of the women getting out of their car and attacking the employee through the drive-thru window.

Officials said one of the women was able to reach into the window and grab cash from the register, before all four got back in their car and fled the area. The three women arrested were booked into jail. Attorney information wasn’t available.

Popeye’s ain’t ever good enough to get an assault charge 🤦🏽‍♂️😂 pic.twitter.com/mFqBefGSaH