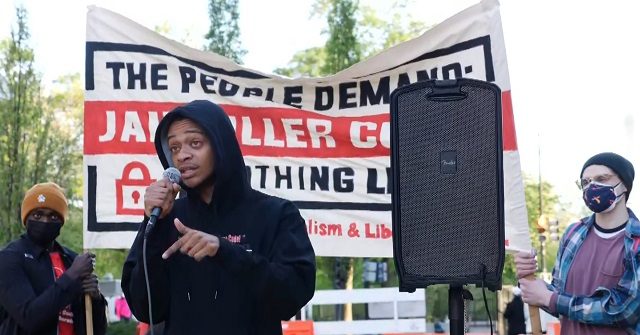 An activist speaking at Black Lives Matter Plaza asked how long before “people are really ready to get blood on their hands” to make change happen. His call to action came during a “Jail Killer Cops” rally in Washington, DC, on Friday evening.

“Voting is not gonna bring us this (change),” Rahim B., a 21-year-old activist, said during a “Jail Killer Cops” rally held Friday night in the nation’s capital. “We voted in the new president, Joe Biden, but I told folks straight up — Joe Biden ain’t gonna do nothing for us because Joe Biden was in office as the vice-president when the Black Lives Matter movement started and ain’t nothing changed.”

“We’ve been protesting for a really long time,” Rahim continued. “How much longer can we protest and march in the streets before we are ready, really ready, to get blood on their hands because one of these days, it’s going to have to come to that.”

Earlier in his speech, Rahim said he was ready to “dedicate my life to change.”

“Bringing about that change is not going to always be pretty, and it’s not going to be peaceful,” he predicted. “I don’t condemn who loot, I support them for looting. I support people who take matters in their own hands. If you want to set something on fire, go do that.”

Rahim said fathers are not in people’s lives because the system is killing them.

“The system is killing people every single day,” he explained. “In the courtroom, you got people locked up doing 20 years, facing life sentences, for crimes they didn’t commit.”

“How far are you willing to go for this justice?” Rahim asked.