As Albo and the Gates Entity stitch up Australia, the feral ‘kids’ problem has gone off the dial in Alice Springs. On the face of it, this is Black Entitlement to Crime with the ‘kids’ being indigenous, xerox copies of the ‘youths’ of African gang Entitlement to Crime problem that rampages the Southern States.

NB. This is the very age group of male ‘youths’ that the Australian government continues to fly into Australia from every failed Marxist state in Africa. We are talking the age group of the best soldiers of any gook cadre anywhere in the world – aged say 17 – 21 years. If they can pass for 13 – 16 in the Big Jew msmedia photo-op so much the better.

The Sky News interviews with Darren Clark should should tell us everything we need to know about where Alice Springs fits into the synoptic picture.
https://www.dailymail.co.uk/news/article-11656677/Alice-Springs-businessman-claims-broken-41-times-citys-youth-crime-wave.html

Points to note. These rampages have been going on at this level of intensity for three years. The police are overwhelmed and/or stood down by covert order. Whenever the media spotlight is shone on the ‘feral kids’ problem, the feral kids go to ground. [Kind of like they are either bussed in [read inserted] for these rampages or they were ordered to stand down]. This is at odds with the ‘senseless behaviour’ that is so well documented on Darren Clark’s FB page.
When the federal or state politicians visit, suddenly The Alice is tidy town of the NT. Nothing to see here. The federal and state leaders who could take these matters smartly in hand in the Southern states and in Alice Springs refuse to do so. The media censor the hell to which an Australian town is being subjected and sanitize the reports that filter through. Anyone demanding action is of course a racist, a white supremacist ( probably a Nazi) .

What are the Australians looking at here? What is going on?

Short answer: Together with its multi-lateral partners circling like vultures, the United [Communist] Nations Regime of Australia is building a gook insurgency. It is being cherry picked and flown in and home grown units are training in Alice Springs. The idea here is to do whatever is needed to make civic life impossible and drive out the Australians – the majority Anglo-Celtic demographic. Crime, chaos and corruption is not incompetence, it is the underpinning sistema of every Marxist state. This is the method they use to destroy the White population, the private business sector and the social infrastructure that is built on this productivity. These are the class enemies of the Revolution.

Alice Springs is not ‘crime riddled’. It is being subjected to insurgency. Anyone who happens to notice this, is (of course) racist. And there will be payola involved for all the bad boyz who are running amok, not least their entitlement to crime.

Want to see where this is going? South Africa July 2021. ‘Kill the Boere. Kill the farmer’ is the solution to the systemic failure of every branch of government, most notably the failure to even keep the lights on in major cities.

Burning, looting, murder, mayhem, Black entitlement to crime is the way the criminal cartel behind the ANC keeps the minority White population and the Black constituency in line. And that is exactly the way United [Communist] Nations Australian Regime intends to break the class and racial ‘enemies’ in Australia. This is a tried and true formula of the Revolution on at least four continents.

Emergency Broadcast The Real Story of the Worst Riots in South Africa that are Happening as we speak!
http://reclaimingrhodesia.com/emergency-broadcast-the-real-story-of-the-worst-riots-in-south-africa-that-are-happening-as-we-speak/
July 19 2021.

We asked Senator Jacinta Price to comment on this article 10 days ago. She declined yesterday. It seems it is too hot to handle. Editor

And while genocidal psychopath , Bill , is over here to take a dump on Australia, he just happens to let it drop that CoVID vaxxes don’t work.

This must be some kind of ‘in joke’ after the Australian Bureau of Stats has crunched the numbers and come up with 5162% increase in excess deaths across all causes of mortality in Australia from 2021 – 2023. They gave this info secretly to the Organisation for Economic Co-operation and Development. So now it is public domain.

All the CoVID Commissars get it. Bill, a slime-y little sucker pad on the Vampyre Squid and little Albo who has to run UN CoVID Operation here in the Australian patch. They all get it. And since we all know it is NOT, Absolutely NOT the vaccine that could possibly be causing 5162% cause of excess mortality, Bill just can’t restrain his squidliness: – ‘well the covid vaxxes don’t work anyway’ he assures the Australian families who have loved ones due to the vaxx adversities and the Australians who have lost their homes, their jobs, businesses and health due to the Australian CoVID Regime mandates.

What we are supposed to believe from Bill’s infobyte is that the CoVID Vaxx ‘doesn’t work’ against the ‘SARS nouvelle corona cov-2 virus’ of the Global Pandemic 2020, a virus that was never isolated from any human tissue and shown to be infectious and transmissible. That Virus. That Pandemic.

But the CoVID Vaxx as a bioweapon for depopulation, well it is working just fine. The numbers are now in at a pleasing 5162%. And Bill is on public record as a depopulator for the Vampyre Squid. So he would know.

Dr. Mark Sherwood joins me to discuss the bioweapon, the cognitive dissonance of the sheeple and our path to victory over the profound evil of the rulers of the darkness of this world.

The meeting came as Bill Gates spent US$10bn buying new stock in Microsoft. Perhaps they talked about the use of Microsoft products to run Australian Parliament House secure email and data storage systems.

They did talk about the Albanese Government’s decision to give $230m to the Gates-founded Global Health, bringing Australia’s total contribution to just under a billion dollars.

This is not the first time the Prime Minister has found time to meet with billionaires.

Only two weeks ago Anthony Albanese met for six hours with billionaire Lindsay Fox in his upmarket Portsea mansion, arriving from Geelong in Lindsay Fox’s own helicopter.

What deals were done there one can only wonder.

Anthony Albanese it seems has all the time in the world to meet with billionaires, yet only caves to meeting the residents of Alice Springs after days of relentless national media coverage.

It was the Albanese Government that lifted the ban on alcohol in Aboriginal Communities, now just months later we are seeing why that ban was needed in the first place.

The Government was warned this would happen at the time, and only a month after the ban was lifted the Daily Mail reported on the rising violence in Aboriginal Communities.

These kids are on the streets instead of at home for a reason.

Anthony Albanese has tried to run away from a problem he caused.

Prime Minister get your arse to Alice Springs and take Linda Burney with you, it’s about time she met with real Aboriginals. How about you actually do something instead of virtue signalling about the voice to Parliament.

Sort your mess out. 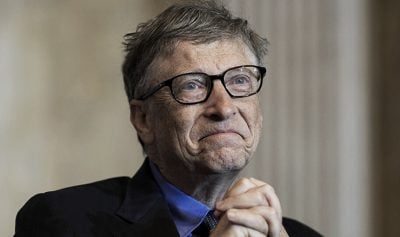 In the interview, Bill Gates admits that the vaccines are not blocking infection, they don’t stop variants and they have a very short duration. This, after he and his cohorts spent the past three years demanding that we take the vaccine or be ousted from society because the vaccines “stopped the spread” and were “effective”.

The “conspiracy theorists” were right again.

Here is an excerpt from an article on the Daily Mail Australia:

Tech billionaire Bill Gates has warned Australia to be ready for the next pandemic, which could be man-made and far more brutal.

Mr Gates told the Lowy Institute think tank in Sydney on Monday that political leaders needed to set aside their differences and work together to prepare for the next virus.

He called for greater global cooperation using the Covid-19 pandemic as an example of how countries could improve on their response if they worked together.

‘Compare the economic cost of being prepared for the next one to the cost of this one, over $US10trillion economic loss,’ he said.

‘With the pandemic we were foolish not to have the tools, the practice and global capacity to be on standby like we do with fire or earthquakes.’

Click here to read the full article on Daily Mail.