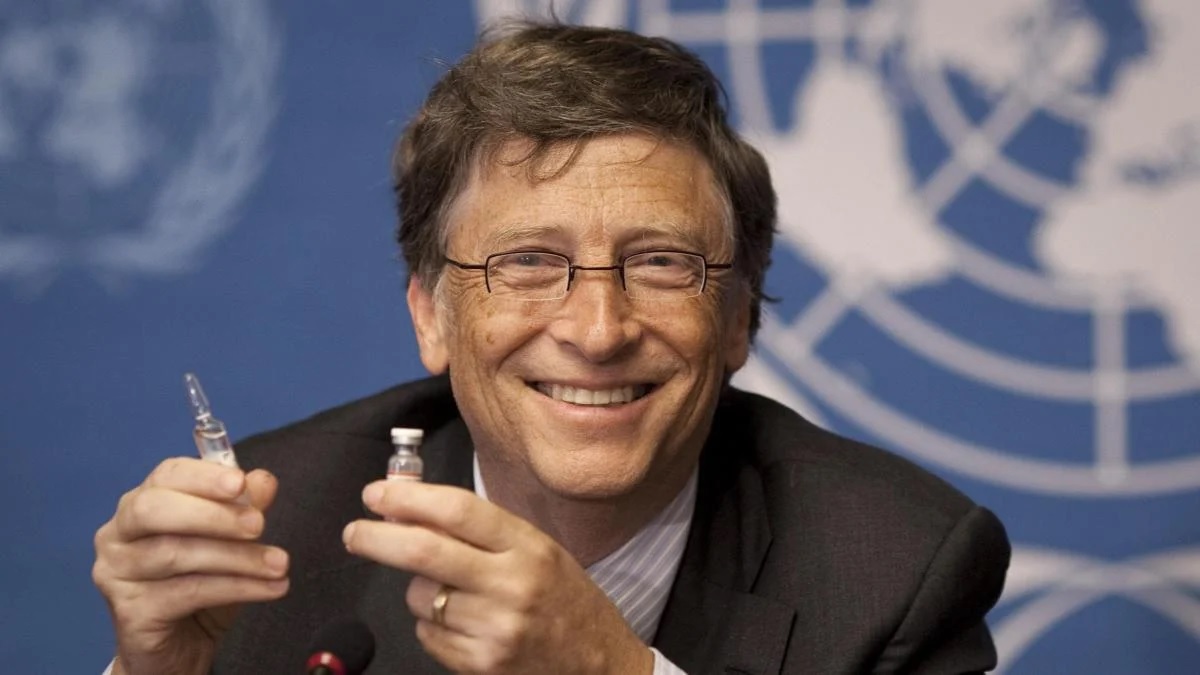 What could go wrong with Gates bankrolling a coercive globalist health body? Countries have ceded their authority to the WHO, allowing it to steamroll even those who would demur at over-the-top reactions to the next pandemic in store.

Nothing could go wrong if we turned our health care decisions over to a globalist body with powers similar to a one-world government and with the backing of folks like Bill Gates — right? Um, not if you know your history, especially the history of the past two years.

But the World Health Organization is looking to do exactly this. Back in 2005, the International Health Regulations (IHR) was set up to deal with international public health issues. It is an instrument of international law that is legally binding on the 194 WHO Member States.

Earlier this year, the US government sought to amend the IHR to deal with pandemics in even a more globalised and coercive fashion. Many are warning about the anti-democratic and draconian nature of these proposed amendments. Recall that earlier on, I discussed one European champion for freedom, Eva Vlaardingerbroek. In a chat with Mark Steyn, she discussed this very move, saying:

Once a new pandemic hits, and those are their words, not mine, we will have a united response to how to deal with a pandemic, meaning there will be this organisation that is not democratically elected, that we didn’t vote for… that is going to basically create laws that will decide how our respective nations are going to respond to a new crisis, a new pandemic. So this is huge news and it’s very dangerous, but we are not hearing anything about it.

The World Council for Health said this about the matter:

The proposed IHR amendments also cede control to WHO “regional directors,” who are given the authority to declare a Public Health Emergency of Regional Concern (PHERC). Moreover, the proposed amendments allow the Director-General to ring an international alarm bell, by unilaterally issuing an “Intermediate Public Health Alert (IPHA).”

Properly understood, the proposed IHR amendments are directed towards establishing a globalist architecture of worldwide health surveillance, reporting, and management. Consistent with a top-down view of governance, the public will not have opportunities to provide input or criticism concerning the amendments. This, of course, is a direct violation of the basic tenets of democracy…

The WCH opposes the unnecessary and dystopian move toward centralized control of public health. This proven harmful model assumes that only one entity, WHO, understands how to manage the health policy of every state — and by implication, the health of each and every individual. It also assumes, incorrectly, that Big Pharma’s controversial model of medicine which is the WHO’s preferred model — is the expert guide to better health and wellness.”

Scottish historian and author Neil Oliver has an important 8-minute video about it here:

This is part of what he said:

“The WHO is a fabulously wealthy offshoot of the United Nations. It has its head office in Geneva and is presently headed by Ethiopian-born Tedros Adhanom Ghebreyesus. Know much about him? No, nor me. He and it are funded by 194 member states and also by donations from private entities.

As things stand, most of its money comes from the United States, from Communist China and from computer salesman and international man of mystery Bill Gates. Let us remember that for the past two years, the WHO has loudly celebrated the approach taken by China to the handling of Covid-19.

Even now, as tens or perhaps hundreds of millions of Chinese citizens remain locked in their homes in scores of cities across that country… and after unknown numbers have died in those circumstances, including some who committed suicide by leaping to their deaths from their tower block imprisonment… the WHO continues to applaud the tactics of the Chinese Communist Party that is its benefactor.

For his own part Bill Gates, who struggles even to control viruses in the software sold by Microsoft, is on record admiring the Draconian approach taken by Australia — to the extent that he has said that in his opinion the world would have had greater success in eliminating the disease — the one that more than likely leaked from a lab in China — if only more nations had followed the Australian model, locked everyone down and sought Zero Covid….

Amendments written into the proposed treaty by the re-enamoured Biden administration will see 194 nations cede sovereignty over national health care decisions to the WHO. The WHO would thereby have decision-making power over and above our own government — and every other government.

Consider this — when you watch footage of the 26 million people of Shanghai locked down in their homes, their cats and dogs beaten to death in the street … the WHO would, by the terms of the new treaty, have the power to impose the same on cities here. Know too, that under the terms of the treaty, the WHO does not — does not — have to show any data to legitimise its conclusions or decisions.

It is also worth knowing, to say the least, that it would be up to the WHO to define what the next pandemic is. Seeing how things are going, I would hardly be surprised to hear about a pandemic of obesity, or of heart attacks — followed by the lockdowns and other restrictions to deal with same.”

The Children’s Health Defense featured a piece by Dr Joseph Mercola, who put it this way:

Under the guise of a global pandemic, the WHO, the World Economic Forum and all its installed leaders in government and private business were able to roll out a plan that had already been decades in the making. The pandemic was a perfect cover. In the name of keeping everyone “safe” from infection, the globalists justified unprecedented attacks on democracy, civil liberties and personal freedoms, including the right to choose your own medical treatment.

Now, the WHO is gearing up to make its pandemic leadership permanent, extend it into the healthcare systems of every nation and eventually implement a universal or “socialist-like” healthcare system as part of The Great Reset.

While this is not currently being discussed, there’s every reason to suspect that this is part of the plan. WHO Director-General Tedros Adhanom Ghebreyesus has previously stated that his “central priority” as director-general of the WHO is to push the world toward universal health coverage.

And, considering the WHO changed its definition of “pandemic” to “a worldwide epidemic of a disease,” without the original specificity of severe illness that causes high morbidity, just about anything could be made to fit the pandemic criterion.

Also, Dr Silvia Behrendt, an Austrian once involved with WHO on the IHR issue, said this:

“Global health security ideology is not an ideology that humanity can live with. We all have diseases. We don’t like diseases. We can defeat diseases, but diseases are not threats to the nations, they affect individuals.”

She begins her talk with these words:

“Right now we hear a lot about the pandemic treaty — there has been a lot of attention and political focus on the pandemic treaty, besides which there are the IHR amendments proposed by the US, which are very explosive and which will change international law, definitely.

And on the other side, there are a lot of issues going on within WHO, which are very troubling and concerning, because health and powers get globalized to the extent that the individual’s freedoms get jeopardized.”

You can view this 35-minute video with her here.

By way of action, the World Council for Health said this:

In the best campaigns for human rights, multi-pronged strategies are effective. Here are some ideas:

Start Reversing Your “Sluggish Blood” For More Energy Here:
–> http://redswithsgt.com/ <–
Get Up To 51% Off By Clicking The Link Above ^^

Zach Vorhies and Sarah Westall join me to discuss the World Hell Organization’s attempted coup of the Republic of the United States, the ongoing FREE SPEECH lawsuit against Google and You Tube and much more. Thanks for tuning in.

Australia’s top doctor and President of the Australian Medical Association South Australia, Michelle Atchison, was shattered following the unexpected death of her only daughter.

“The light in our life has gone out. My beautiful and only daughter died yesterday,” Dr. Atchison tweeted.

“She never woke up. It was so utterly unexpected and my husband and my hearts are shattered. I really don’t know what to do,” Atchison added.

There is still no information on the cause of Caillin’s death.

Dr. Atchison became the public spokesperson for nurses and hospital staff during the Covid-19 pandemic, according to the Daily Mail.

She was critical of South Australia easing its border closure on November 23, warning the reopening would place further strain on the health system.

She also presented the latest report into South Australia’s healthcare system that revealed a crippling shortage of healthcare staff and beds in hospitals.

“If you are vaccinated and you get COVID, you are likely to have a serious type of illness and are very unlikely to require intensive care,” she said.“

If you are not vaccinated, you run the risk of requiring a ventilator or having high intensity care and the reality is that in an outbreak, the regions can’t manage that. “

We recognise there is a very small chance of serious side effects, but it is a safe vaccine and we encourage people to take it.”

Last month, Atchison responded to a tweet saying that health care workers should be on the list for 4th vaccine.

These things seem to be alive and growing after they are taken from the body. Holy crap. I can’t make the real horror stories up from the covid shots.

Contributions and donations can now only be received via Wise bank.
If you would like to assist please visit this page:
https://thecrowhouse.com/contribute.html

Sudden Death ☠️ Go on, there is nothing to see here … Meanwhile, unfortunately, completely normal!
https://www.bitchute.com/video/wVvnEMp4iTSR/

“History is a pack of lies about events that never happened, told by people that weren’t there.” – George Santayana.

“The illusion of freedom will continue for as long as it’s profitable to continue the illusion. At the point where the illusion becomes too expensive to maintain, they will take down the scenery, move the tables and chairs out of the way, then they will pull back the curtains and you will see the brick wall at the back of the theater.” – Frank Zappa

“The past was erased, the erasure was forgotten, the lie became the truth.” – George Orwell

“There is more stupidity than hydrogen in the universe, and it has a longer shelf life.” ― Frank Zappa

“Their stupidity does not amaze me, its when they’re smart that amazes me. It’s baffling whenever you find someone who’s smart — incredible. Soon you’ll have zoos for such things.” ― Frank Zappa

TURN OF YOUR TELEVISION!!!

THROW AWAY YOUR SMART PHONE!!!

Told her “it would be better for her to get protected at times like this”…yes but not from what but from who or whom. Be sure to take a triple dosage of vitamin C and fish oil before the jab they said…that should fix it.

I got to speak with a “medical doctor” right before I took the jab she says. OK, but what did they tell you and not tell you? Will you get your next shot? More boosters?

Now she spends more time in bed than a hooker. Her life is ruined. Her very life is threatened. This is not something you “recover” from.
Source: FalconsCAFE

Free Journalist Maria Zeee joins the fight to spread truth among a world filled with corruption and lies.