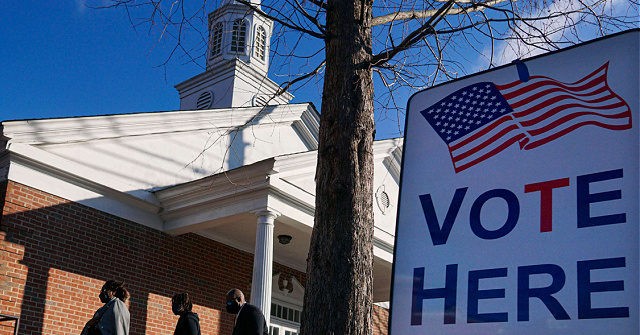 Shines said, “The biggest conundrum [leftists] are trying to use is, ‘Voter-ID requirements are racially discriminatory against black or brown people. Black and brown people, like white people, already have IDs. Seventy-two percent of everyone that we polled — black and brown — they actually find it offensive for any white liberal to assume that they don’t have the wherewithal — mentally — to ascertain some form of ID.”

“Stacey Abrams [and] Al Sharpton had an audience with the Major League Baseball convention commissioner, and they convinced him [with] this rhetoric language that [Georgia’s election reform law] was racist. … The black community in Cobb, Fulton, and Dekalb counties have pushed back on this narrative simply because their businesses are going to be crushed. You’re talking $100 million of revenue that would have streamed into this post-COVID pandemic [economy] that would have been beneficial for all Georgians, especially black and brown businesses.”

“How is it that America is systemically racist when hundreds of thousands of black men spilled their blood along with white men on the soil to make sure that we lived the creed of what we were founded upon?” Shines asked. “How is it that if we’re so systemically racist, did blacks and whites together begin to fight against policies like Jim Crow laws and the KKK and education that would be separated — but according to them — but equal? I can tell you blacks and whites unified. There was a collaboration, and we began to beat back this fascist idea.”

“There’s this duplicity that’s going on in our nation, and they’re pointing the fingers, trying to make sure that whites and blacks are racially divided. They have a purpose because … it takes the light away from what’s really going on in this nation and that is the failed policies — already — of who I call the occupier-in-office Joe Biden.”

He added, “It’s a smokescreen, and in the words of Booker T. Washington, it keeps people like that prominent and it keeps them in a job.”